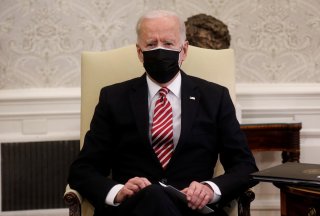 The Biden administration said Wednesday that it will spend more than $1.6 billion to boost coronavirus testing in schools and widen sequencing, an initiative that will act as a “bridge” until Congress signs off on additional funding.

Roughly $650 million will be allocated for increasing access to testing for elementary and middle schools and underserved places like homeless shelters, health officials said at a briefing. The administration will also put regional coordinating centers in place to distribute coronavirus testing supplies and to coordinate with laboratories across the United States.

An additional $815 million will go toward expanding domestic manufacturing of testing supplies and raw materials such as pipette tips, molded plastics and nitrocellulose used for specific tests, that are in scant supply due to the impacts of the coronavirus pandemic. The Centers for Disease Control and Prevention will use around $200 million to ramp up the nation’s genomic sequencing efforts that help to identify and track new strains of the virus, also known as Covid-19.

“These resources are significant steps in the short term, they are far from what’s necessary to meet the need for testing,” Carole Johnson, the White House’s coronavirus testing coordinator, said. “They are merely a bridge until Congress passes the American Rescue Plan.”

Johnson also noted that there’s an ocean of rifts in the school testing system, as private and higher-funded schools have experienced a safe reopening for students, offering testing and materials needed to tackle the virus within school walls, while poorer schools have failed at doing so. She said the administration will take bolder action to aid pandemic-related needs for students in underserved communities.

“Talk to anyone who has focused on Covid testing over the last year and they’ll tell you the same thing: our nation faces a shortage of critical supplies and raw materials,” Johnson said.

Health experts also echoed Johnson’s concerns, primarily noting that the United States must build up its testing capacity to tackle the coronavirus crisis.

“What has been missing in the country’s Covid response for over a year has been a strong coordinated response, one fully supported by federal resources,” Dr. David Abramson, a clinical associate professor at New York University’s School of Global Public Health, said in an email interview. “Given the country’s interest in assuring the safety of reopening schools on a large scale, we absolutely have to ramp up our testing capacity, and we have to be able to have a robust enough surveillance system to pick up outbreaks rapidly. A more muscular testing system can do just that, particularly if it is deployed in those areas more susceptible to outbreaks (such as socio-economically depressed areas).”

Abramson went on to say that bolstering the nation’s testing regimen “increases our likelihood of picking up cases earlier” and “enables us to learn the early results of aggressive vaccination campaigns.”

“A testing program in a long-term effort,” Dr. Jeffrey Levi, a health policy and management professor at The George Washington University’s Milken Institute School of Public Health, said in an email interview. “Unlike a vaccination program, which can be scaled back once the population has been immunized . . . testing is an ongoing need. Until the pandemic is fully contained we will need to test for Covid in schools and workplaces to monitor for new outbreaks. That requires supporting routine testing programs, which are not part of the regular budgets of institutions such as schools and universities, as well as continuing the scaled up genomic testing.”

And as part of the White House’s big-spending effort, the administration will also attempt to boost the United States’ genomic sequencing capacity, a measure that’s lagged below the expected level for a number of years, compared to other countries. Genomic sequencing can map out how variants of the virus are spreading and if more are entering the nation’s borders. Three variants of the virus that were recorded in other countries have now entered the United States.

“The genetic sequencing is critically important so that we can pick up variants earlier,” Abramson said. “All of this is predicated on speed—of finding those who were infected, and by which virus variant.”

White House officials said that they are trying to boost the country’s sequencing from seven thousand samples per week to twenty-five thousand.

“The genomic sequencing is particularly important as the U.S. is behind other countries in monitoring for new variants of the coronavirus. This is critical knowledge for ongoing containment of the virus,” Levi said.

Health policy experts have lined up in support of the effort, as the country has experienced almost five hundred thousand deaths from the deadly disease.

“Assuming that Congress can act quickly on a Covid relief bill, this administrative action can position the nation to be ready for a much larger effort. I wish that the prior administration and Congress had done more to support necessary public health actions that can ultimately prevent hundreds of thousands of deaths and help the nation get back to 'normal"—a new normal of course—as soon as possible,” Dr. Leighton Ku, a health policy and management professor and director of the center for health policy research at GWU’s Milken Institute School of Public Health, said in an email interview.