Can Macron Govern France Without a Base? 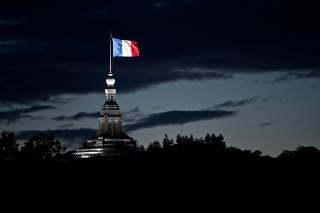 “France,” it has been said, “is what the French make of it, but the French are what we make of them.” Choosing Emmanuel Macron over Marine Le Pen helped the French preserve the idea they have of their country—democratic, inclusive and European. But the magnitude of the vote should not be exaggerated. While Macron received twenty million votes, a total of about twenty-six million voters favored “Marine” or chose to abstain or void their ballots rather than vote for either of the two candidates. But now comes the hard part, which is the election, next month, of a new National Assembly, the lower and more powerful house of the French Parliament.

The constitution of the Fifth Republic gives considerable powers to the president, but it still makes room for a head of government who responds to a political majority in parliament; hence the proximity of the presidential and legislative elections, on the assumption that their outcomes will be identical. But with Macron still lacking an identifiable political base and a clear agenda, gaining a majority which he can call his own is not to going to be easy. Indeed, more than three-fifths of the French voters (presidential runoff) find it undesirable, irrespective of what he does over the next fifty days, when his presidency faces its initial tests: the composition of his first government (and especially the choice of a new prime minister) and some get-acquainted meetings with his main Western counterparts (including Angela Merkel and Donald Trump).

By all accounts, the presidency of François Hollande was a failure. During his five years in office, the outgoing president remained what he was upon his election: the head of a political party who was unable to transition into a national leader. Worse, as a party man, he had spent so much time reconciling the disparate voices of his socialist colleagues that he forgot his own convictions. As a result, he gradually lost the support of his socialist base while never gaining the trust of his conservative opposition. With Hollande gone, the Socialist Party has, for all purposes, ceased to exist, overcome on its left by Jean-Luc Mélenchon, an old-fashioned revolutionary figure, à la française, who gained nearly 20 percent of the vote by running against everyone (first presidential round), and on its right by Macron, an early socialist protégé of Hollande who won (first round and runoff) by running for (almost) everything.

What next, then? For Macron to go left would give his predecessor the second presidential term he did not deserve or, alternatively, give Mélenchon the central role he did not earn. That will not do, either because there are no longer enough Socialist voters or because the Mélenchon voters will not go to Macron in any case. Thus, denied on one side of the political spectrum, in spite of his anti–Le Pen republican credentials, the new French president can go right, where his pro-European and liberal economic agenda are in favor. But waiting there is another mainstream political party, said to be “Republican,” equally divided and bitter over an election which its former chiefs expected to win, including one former president (Nicolas Sarkozy), two former prime ministers (Alain Juppé and François Fillon), and many others. Too much Macron in parliament will bring an end to their party too, and they stand ready, therefore, to fight for every available seat in parliament and thus force what the French call cohabitation—meaning a coexistence between the executive and the legislative branches of government, which conflicting convictions and incompatible ambitions make inevitable difficult.

All in all, divisions in France have not been as deep since the Fourth Republic, when one half of the electorate made it a habit to vote against the regime at the expense of the other half’s ability to govern. In June 1951, for example, the Communists and the Gaullists received 48.5 percent of the votes, and five years later they still gained, with an assist of the populist Poujadistes, 41.4 percent of the votes. This is how the Fourth Republic died and how the Fifth Republic was born when General de Gaulle manage an otherwise difficult transition relatively peacefully in May 1958. Nearly sixty years later, the Fifth Republic, too, is seemingly running out of time, but Macron is no de Gaulle and the transition will not be easy. Yet, it is during those years of postwar constitutional change that France started its recovery from half a century of total foreign and political wars: years when its costly imperial holdings were dissolved, its economy rebuilt, its society reconciled and a European community launched to recast Europe into the ever closer union it has become over the subsequent fifty years.

Macron’s election was not merely about France but also about Europe and, by implication, about the United States whose relations with the EU remain a vital dimension of the world ahead. As Dean Acheson noted in the fall of 1949, “the key to progress in European integration is in French hands.” Obviously, this is not as much the case now as it was then but while stopping the clock on a possible collapse of the EU, the French election has once again given its new president a central voice in a renewed partnership of more-or-less equals with Germany.

This is important. At the creation over sixty years ago, a few states in Europe showed they could build a European Union without Great Britain, but they could not have gotten started, could not have persisted, and could not now continue without France. As former French president François Mitterrand liked to say, “France is France, and Europe is its future.” To that extent, in 1987 he engineered the Single European Act to restart a stagnant European Community with the first reform treaty since the initial launch in Rome thirty years earlier. Now, too, for Macron to put his house in order, a relaunch of the European institutions is needed. This is why his first foreign trip will be next week in Berlin, where Angela Merkel is impatiently awaiting her own election next September. The three issues that will steer the relaunch—Brexit, growth and security—all give Macron opportunities for a central role, with Merkel rather than behind her. But there will not be enough time for a prolonged presidential apprenticeship. The French majority that voted for Marine Le Pen—or who abstained or voided their ballots—are still waiting to be heard. At the same time, they are getting prepared for their next blind date with Macron at the close of his first presidential term, five years from now. At half past Macron, the populist moment is still ticking.

Simon Serfaty is a professor of U.S. foreign policy and Eminent Scholar at Old Dominion University, in Norfolk, Va. He is also the Zbigniew Brzezinski Chair (emeritus) in Global Security and Geostrategy at CSIS in Washington, DC.