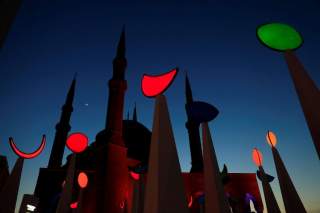 The results of Lebanon’s free and fair parliamentary elections in May suggest that Lebanese society seems uninterested in pushing for real political change and maybe rocking the boat at a time of increasing regional turmoil.

But one political party—the Kataeb—was quite vocal about its desire to break with the status quo. That it secured only three seats (down from five in the previous parliament) might indicate that its opposition to the way things are run in Lebanon is irrelevant, but that assessment would be shortsighted.

The story of the Kataeb matters for three reasons: First, the party has been part and parcel of the Lebanese system since the country’s independence. So its decision to rebel against the establishment is intriguing and potentially significant. Second, the party may not have the size or political influence to reform Lebanese politics, but it can be an effective popular vehicle through which change could take place. Third, the party’s message of reform resonates well among the country’s youths, and while they do not represent a political force today, they most likely will in future electoral contests.

To better understand why the Kataeb has apparently transformed and whether it can ultimately succeed in its quest for political change, one has to take a good look at its current young leader, Sami Gemayel. Unlike past Kataeb leaders, Sami’s political maturity did not form during the Lebanese civil war (1975–1990). For example, when pro-Syrian Druze forces notoriously carried out a siege of Deir al-Qamar, a Christian town in the Shuf Mountains in which twenty thousand Lebanese Christians took refuge, Sami was a toddler. When rival Christian forces fought viciously in 1990 following the signing of the Taef Accord, Sami was in the fifth grade.

However, like many of his generation, Sami was not immune to the war’s horrors, as it influenced his political career and agenda years later. When he was two-years-old, his uncle Bashir, perhaps the most charismatic yet polarizing figure in Lebanon’s modern history, was killed by the Syrians for collaborating with Israel, whose troops had invaded Lebanon in 1982 to uproot the Palestine Liberation Organization and sought to make Bashir president.

At the age of eight, Sami’s father, Amin, was forced into exile in part by the Syrians when his term as Lebanese president expired in 1988. He returned twelve years later, though politically marginalized by a Lebanese police state dominated by Damascus. Then in 2006, Sami lost his older brother Pierre, a key figure in the Kataeb and leading anti-Syrian cabinet minister, in an assassination many suspect was perpetrated by the same people who killed his uncle and intimidated his father.

Even though it was Syria that tormented the Gemayel family (and anyone else who opposed its rule) for decades, Sami felt more betrayed by a Lebanese system that failed to protect its own public servants. He created distance from what he saw as corrupt Lebanese politicians, even from fellow Christian parties whom he has accused of accommodating, in one way or another, the policies of Hezbollah, Iran’s main ally in Lebanon.

Sami’s desire to rise above the fray has earned him much scorn and ridicule by a skeptical Lebanese media and political class, but it didn’t seem to bother him or lessen his determination. To his credit, he walked the walk during the elections by refusing to ally the Kataeb with any other status quo party. The only exception was his entente with the Lebanese Forces in the districts of Batroun, Ashrafieh and Zahleh, although it was an uneasy one, mainly pushed by Nadim Gemayel, his younger cousin and son of Bashir, who still has affinity for the party that served as the Kataeb’s military wing during the civil war and was formed by his murdered father.

But with a new electoral law that required parties to form alliances in order to win, Sami’s decision to essentially run solo cost the Kataeb greater political representation. It’s possible that political pragmatism, rather than idealism, drove Sami to avoid political alliances. After all, the Kataeb’s size and influence had diminished greatly, which didn’t make it an attractive electoral partner. So perhaps anticipating that he might get snubbed by others, Sami chose to side with civil society instead.

But that’s not a very convincing explanation because the other parties didn’t shut the door to an electoral alliance with the Kataeb. It was Sami who didn’t even try to reach electoral understandings with others, which might suggest that his political shift is more sincere. Further proof of this is that Sami focused his entire electoral campaign on social, economic and environmental issues that affect every Lebanese household. Of course, all politicians make grandiose promises and often lie when it’s time to vote, but there was something heartfelt about Sami’s many rallies and speeches.

By leading a cross-sectarian and almost apolitical agenda, he sought to win the hearts and minds of a broader swath of Lebanese society. He bet on civil society, but civil society turned him down because it was too small, disorganized and incoherent. But what hurt Sami the most was his failure to capture the hopes and fears of the one community that should have mattered to him the most: the Christians.

It’s true that Lebanese Christians, like all others in the country, long for economic opportunity and better public administration, but they also have distinct existential concerns caused by ISIS’s war against minorities in the Middle East and a Syrian conflict that has brought more than one million Muslim refugees to Lebanon (in addition to the hundreds of thousands of Palestinians that already live in the country). Samir Geagea’s Lebanese Forces and Michel Aoun’s Free Patriotic Movement spoke to those concerns in ways Sami either couldn’t or didn’t want to.

The Kataeb is currently conducting a review of what went wrong in the elections, although it’s evident that this was not merely an electoral failure but rather a political crisis. What happens next? Sami has two choices, and each has pros and cons. He could truly break with the feudal past of the Kataeb and create a new party in his own image, consistent with his pluralist and reformist vision. Or he could make tactical fixes and avoid a potentially destabilizing soul-searching exercise.

The first choice is radical and likely to alienate the old guard in the party. But Sami would be able to woo supporters from outside party ranks who are desperate for political change in the country. The second choice is more pragmatic and limits internal dissent. But it’s gradual and might not be sufficient to terminate the sclerosis that has ailed the party for years. Also, it won’t be able to attract many external supporters.

Sami appears to favor the first path, as evidenced by the current composition of his party’s political bureau, which includes figures who don’t have much experience in the Kataeb’s history. If that’s the case, kudos to him for prioritizing political change and essentially realizing that for the Kataeb to live, it has to die first.

Bilal Y. Saab is senior fellow and director of the Defense and Security Program at the Middle East Institute.

Image: The moon is seen among illuminated decorations near Al-Amin Mosque on the second day of the holy month of Ramadan in Beirut, Lebanon May 18, 2018. REUTERS/ Jamal Saidi