Can This Man Save Nigeria from Boko Haram? 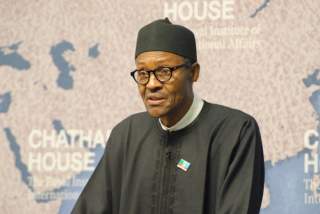 Muhammadu Buhari could be the answer to Nigeria’s Boko Haram problem.

Later this month, Nigeria will head to the polls to vote for the country’s next president. The contest pits Buhari, a former military general from Nigeria’s predominantly Muslim northern regions, against current president Goodluck Jonathan, who hails from the country’s Christian south.

The two candidates ostensibly agree on the necessity of defeating Boko Haram. However, they profoundly disagree on how to achieve that objective. Like many observers, Buhari believes that Jonathan’s government failed to devote sufficient resources to finding the school girls Boko Haram kidnapped in early 2014, and hasn’t properly funded the counterinsurgency effort more generally. In particular, he criticizes Jonathan for allowing much of the military’s $6 billion budget to fall into the pockets of corrupt officials, rather than ensuring it be put towards training troops and beefing up materiel.

In some respects, Buhari may not be much different from Jonathan. After all, like the current president, he is Western educated and, as Time magazine stated, Boko Haram’s followers “kill [Western-educated] students because they hate Western civilization.” Indeed, the group’s name does mean: “Western education is forbidden.”

But this is misleading. In fact, Boko Haram doesn’t even hate the West, per se. Rather, it hates Nigeria’s leaders, most of whom happen to be Western educated. That is why the local news media began calling the group “Boko Haram.”

The group actually calls itself “jama’atu ahlis sunna lidda’awati wal-jihad,” which means, “People Committed to the Propagation of the Prophet’s Teachings and Jihad.” There is no reference to the West at all. This isn’t surprising, given Boko Haram’s local objectives—namely, eliminating corruption among Nigerian leaders and the security services. This Western education, according to Boko Haram, is at the root of this corruption. And the group believes Sharia Law is the best way to clean up the government.

If Boko Haram really had it out for the West, though, it would be attacking targets in Western countries. Instead, the terrorist group is fixated on Nigeria and surrounding countries. In fact, it seems that the only time Boko Haram ever exhibited a notable desire to harm Western interests was when the United States became actively involved in the search for the Nigerian school girls the group kidnapped.

Enter Muhammadu Buhari. A win for him could alleviate the Boko Haram problem and at least undercut the group’s influence. Although the group has been around since the early 2000s, it’s thrived in recent years under the Goodluck Jonathan administration. That’s because Muslims in the north feel his policies favor the southern, Christian population to the detriment of themselves and their communities. This is especially true with regards to distributing Nigeria’s sizable oil revenues. In this environment, they have become increasingly sympathetic to Boko Haram’s message.

Buhari just might be able to reverse this trend. Since Buhari is a northern Muslim who is himself dissatisfied with the Jonathan administration, his policies will most likely favor the north, which is where Boko Haram derives its supports from. If Buhari is able to reduce these grievances, and northern Nigerians no longer feel disenfranchised, they are less likely to tolerate Boko Haram’s radical agenda. And it doesn’t hurt that Buhari has a history of supporting Islamic rule in the north, something that many northern Nigerians want (including Boko Haram).

Thus, Buhari may be the man who can eradicate Nigeria’s Boko Haram problem.

Rebecca M. Miller is an assistant editor and illustrator at The National Interest. She tweets at @RebecMil.