Can Obama Save His Mighty Pivot to Asia? 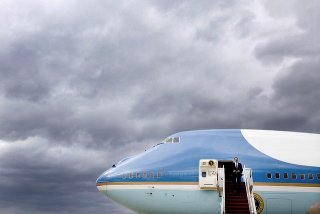 Peace in Asia is slowly slipping away. America’s closest allies in the region, Japan and South Korea, are barely talking to each other. Nor are Japan and China, which are locked in a bitter territorial dispute involving the regular deployment of military and paramilitary assets to a contested area of the East China Sea. North Korea is lobbing missiles into the Sea of Japan and threatening to carry out a “new form” of nuclear test while Chinese forces in the South China Sea attempt to starve out marines stationed on a Philippine-held reef. Taiwan’s Sunflower Movement has shown Beijing that its efforts at peaceful unification are making scant headway. The list goes on.

President Obama’s upcoming trip to the region, then, comes at a crucial moment. And yet the Asia-Pacific’s numerous challenges are heightened by perceptions of America’s waning determination to stand by its commitments. U.S. allies see the Asia “pivot” as being strong on rhetoric but lacking in content. For starters, difficult U.S.-Japan negotiations are holding up the Trans-Pacific Partnership trade agreement, which in any case would have a difficult time making it through the U.S. Congress.

In testimony submitted to the Senate Armed Services Committee, PACOM commander Samuel Locklear explained that, due to “budget uncertainty,” over the past year PACOM has had to prioritize the readiness of forward-deployed forces “at the great expense of the readiness of the follow-on force and the critical investments needed for these forces to outpace emerging threats, potentially eroding our historic dominance in both capability and capacity.”

General John M. Paxton, Assistant Commandant of the Marine Corps, speaking about the pivot to Asia, recently asked, “Do we have enough people and enough ships to do it?” He pointed out that while 54 amphibious ships are needed for the Marines to carry out their global responsibilities, only 38 are planned for, and that number is likely to shrink. The current inventory stands at a mere 29.

Perhaps most concerning of all for U.S. allies has been what they see as the president’s weak-kneed responses to the actions of Bashar al-Assad and Vladimir Putin. It is true that America’s Asian partners would rather not see the United States bogged down in new conflicts in the Middle East or in Europe. It is also true that America’s lack of treaty obligations in those cases make for very different circumstance than those that hold in East Asia.

Still, there have been consequences on the far side of the Eurasian landmass. In the case of Syria, the abandonment of President Obama’s “red line” left allies wary of taking the president’s words at face value. Tokyo, Seoul, Manila, and others can no longer be confident that the president means what he says and says what he means. In the case of Ukraine, the allies have watched the United States fail to defend with any urgency a central principle of the post-war, American-made order: states do not forcibly annex the sovereign territory of other states. Russia has shown that to do so is no longer necessarily a casus belli. Asia is already experiencing the aftershocks.

So the president travels to Asia next week with much to address. The White House’s agreement to make the president’s trip to Tokyo a formal state visit sends a useful signal to allies and adversaries alike. That the president and his Philippine counterpart will sign a new security accord in Manila is likewise a positive development.

Even so, the administration may not recognize the depth of the challenge it is facing in Asia. The Washington Post reports that, with the president having canceled a trip to the region last year, “White House aides say they are confident that the president will reenergize his Asia strategy by visiting seven countries this year—Japan, South Korea, Malaysia and the Philippines next week and China, Burma and Australia in the fall.” Deputy national security advisory Benjamin Rhodes told the Post that “showing up matters a lot in Asia. The good news is that it’s pretty easily fixable…We have the benefit of knowing what success will look like—and if we achieve it, people will think it was worth it.”

The sentiment is astonishing both in its naiveté and its self-confidence. The president will not save his pivot by racking up frequent flyer miles. “Showing up” is important, but not nearly as important as what the president has in hand upon his arrival. Assuming that “success” is defined as preservation of the peace in Asia and the establishment of relative stability, the president’s presence in the region will certainly be insufficient to achieve it.

The president has a long to-do list. He needs to reassure allies that the United States will live up to its security obligations in Asia. He likewise needs to assure them that he will not fiddle while the rest of the world burns. He needs to convince capitals across Asia that “21st century” America can play hardball with the world’s “20th century” powers—and play to win. He needs to demonstrate that he has a strategy for winning the peace in Asia, that the pivot is more than a slogan.

This is a tall order. “Showing up” next week will be a start, but it is only a start. There is no easy fix to Asia’s current panoply of problems. There will not be a fix of any kind until the White House accepts that reality.