Can Oil Rescue Guyana from the Brink of Calamity? 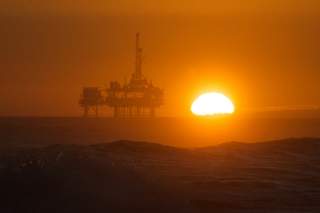 Guyana is one of the poorest countries in the Western Hemisphere, with a small population of fewer than one million people. Most of its population hugs the Atlantic coast. Despite a wealth of natural resources, Guyana’s location on the relatively remote northeast shoulder of South America, political dysfunction until the 1990s, and a longstanding border dispute with neighboring Venezuela have left the country in challenged economic straits. The recent discovery of a large offshore track of oil could change this, but also opens the door to new tensions with Venezuela, and could make Guyana one of the Caribbean’s hot spots in 2017.

In early January two major oil companies, Exxon Mobil and Hess, announced that they had successfully drilled a deepwater exploration well that strongly suggests that the seafloor beneath Guyana’s coastal waters contains one of the largest oil and natural-gas discoveries in recent years. The offshore field, called Liza, has been under exploration for a number of years, but recent efforts indicate that the field could contain 1.4 billion barrels of oil mixed with natural gas. If so, this would be comparable with some of the largest fields drilled in South America. According to the New York Times’ Clifford Krauss, “Early rough estimates by experts of how much recoverable oil Guyana could have range to more than four billion barrels, which at today’s prices would be worth more than $200 billion.”

If all goes well, further tests confirm the size and scale of the field, and companies are able to move ahead with tapping the resource, Guyana could have an oil industry up and running by 2020. The discovery of oil would change Guyana in many ways.

The Guyanese economy has struggled through the postindependence period with an economy largely founded on agriculture and natural resources. Along these lines, the country is a producer and exporter of bauxite, gold, sugar, shrimp, timber and rice. This mix of goods has left the economy vulnerable to changing global prices and vulnerable to adverse weather. Moreover, much of Guyana’s economic development since independence in 1966 was mismanaged, following a strong statist approach that was hurt by corruption in government and starved of adequate funding. Infrastructure was and remains a major issue, including roads and port facilities.

Guyana’s economic development was also hurt by the buildup of a sizable debt load, which it ultimately could not repay. In the late 1990s and early 2000s, greater political stability, regular elections and a more focused approach to the economy, as well as external assistance, helped pull the Guyanese economy out of a lengthy period of stagnation. Key to this was Guyana joining the Caricom Single Market and Economy in 2006, which allowed it to broaden the country’s export base.

Equally important for Guyana was that it was given a break on its debt by the Inter-American Development Bank, which canceled the country’s debt of close to $470 million, equal to 21 percent of GDP. Other donors to Guyana did the same, which allowed the government to reduce the national debt from 183 percent in 2006 to 67 percent in 2015.

Despite the breaks in debt, a more coordinated approach to economic policymaking and a protracted degree of political stability, Guyana was hard hit by the downturn in commodity prices in 2014, which continued until 2016. The downturn in prices for most exports, in particular gold, which gave the economy an upside through much of the early 2010s, forced a new period of fiscal consolidation.

The oil discovery therefore comes at an important time for Guyana, and has massive implications for the country’s economic development. If handled well, it can boost the standard of living for Guyanese by infusing capital into infrastructure, providing funds for the authorities to create a more effective police force to deal with significant public-safety issues, and allow the government to upgrade the educational system. Regular electricity, working streetlights and sewage systems are all in the realm of possibility.

However, there is considerable work to be done to make Guyana’s dream of an oil-wealth future tangible. These include foreign capital and expertise to build pipelines and other support infrastructure, a better government grasp of what is required to make all of this work, and resolving tensions with Venezuela. Both Exxon Mobil and Hess have indicated their commitment to Guyana. Indeed, the latter is planning on spending roughly $475 million to develop the field in Guyana. The Guyanese government has also announced that it plans to build a $500 million petroleum processing and servicing center on Crab Island.

Venezuela is a potential problem, however. Thus far, oil companies have only explored two potential fields offshore (Liza and Payara) out of a total of twenty, in part due to overlapping claims by Venezuela. The overlapping claims date back to a border dispute between what was then British Guiana and Venezuela, in which the latter country claimed a huge tract of land known as Essequibo. That claim would have taken away roughly 40 percent of Guyana.

The earlier border dispute was “settled” by an international 1899 tribunal decision, which decided in favor of the British. In 1905 colonial and Venezuelan officials worked out what was then an acceptable border. However, in 1949, the publication of a memorandum written by a U.S. lawyer who acted for Caracas claimed that the tribunal outcome favored British claims, but was due to alleged corruption and collusion between London and the Russian chair on the tribunal. The issue has occasionally resurfaced through the years since Guyana’s independence in 1966. In 1999, the Venezuelan government indicated that the 1899 decision was “null,” and Caracas warned oil companies over the next decade about exploring in the waters it claims.

Earlier attempts to explore for oil in Guyanese waters, in 2013, resulted in Venezuelan navy ships attempting to force oil companies out of the area, and left relations between Georgetown and Caracas strained. Oil exploration, however, continued. In 2015, Guyana halted its purchase of oil from Venezuela, and Venezuela sourced its rice supplies from elsewhere. The left-wing Maduro government in Venezuela also conducted military maneuvers in the border region, clearly seeking to send a signal that it still has a claim.

Although it is not likely that Venezuela will invade Guyana to seal its claim, it can complicate access to the offshore fields. Moreover, the Maduro government is keen to focus attention anywhere other than the home front, where the economy has imploded, medicine is scarce and the opposition-held Congress is demanding early elections. Creating a major crisis against smaller Guyana could allow President Nicolás Maduro to wrap himself in the nationalist flag, with the hope that the Venezuelan people would be distracted for a while longer. Indeed, in July 2015, Maduro stated of its Guyanese claim: “We are the country that had something taken away from us. . . . That land was not given to us as a gift by the British Empire or the Spanish Empire. Our grandfathers won it fighting on the battlefield. It is sacred ground.”

Guyana has the opportunity for a better future, though it is a major challenge. The opportunity, however, can be spoiled by Venezuela which could seek to complicate the life of oil companies seeking to further explore Guyana’s offshore waters and develop the necessary energy infrastructure to get the oil and natural gas to international markets. What could make a difference at this juncture is that some of the world’s largest oil companies are committed to developing Guyana’s oil. Indeed, the new U.S. secretary of state, Rex Tillerson, was the head of Exxon Mobil until very recently.

If Venezuela’s unpopular government seeks to use its navy against Guyana, there could be far-ranging implications for how the rest of the Caribbean would respond, but also how the United States would deal with the situation, especially if U.S. oil companies appealed to Washington for support for what is internationally recognized as Guyanese territory. Sometimes, crises start from unexpected quarters; Guyana could be one of these. If nothing else, closer attention needs to be given Venezuelan pretensions to push around its smaller neighbor.