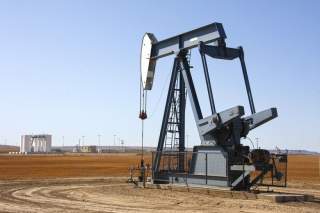 The 2016 OPEC (Organization of the Petroleum Exporting Countries) meeting in Algiers later this month has received undue importance from market analysts hoping that Kingdom of Saudi Arabia and non-OPEC producer Russia are seeking a freeze on production. Both have been fighting for market share in China, with Saudi Arabia unusually offering large volumes on the spot market as long-term contracts become more difficult to obtain from buyers. Iran, Iraq and Saudi Arabia have been undercutting each other for market share in India over the past six months. Given the scenario of OPEC members fighting each other for market share, it seems unlikely that an agreement will be reached, although mounting GCC fiscal deficits, which could reach $900 billion by 2021, may focus their attention, especially as rumors suggest that Saudi Arabia and other GCC members are now working near full production capacity.

Excess supply has led to a buyer’s market, driving prices down. Meanwhile, investors and analysts are grasping at straws, looking for a comment from an oil minister or any economic indicator to justify talking up the future price, leading to more price volatility while painting a picture of OPEC having the upper hand.

Reality is somewhat different. The rapid growth of non-OPEC production, especially since 2013, has led to OPEC producers losing market share. OPEC production had been relatively static between 2013 and 2015, after which it began to increase. Faced with tumbling oil prices and growing public deficits, the major OPEC producers have opted to increase supply, but failure to invest in production capacity over the years has given them limited scope to do so.

Historically OPEC members have, at the behest of Western superpowers, kept prices relatively high, allowing Saudi Arabia to act as a swing producer to maintain prices. The high prices enabled others to develop their high-cost offshore oil fields in places such as the North Sea, the Gulf of Mexico and Brazil, and develop unconventional varieties such as tar-sand and shale oil. High initial development costs have become sunk costs, and the marginal cost of one barrel of oil from many of these sources is now competitive with OPEC oil, whose costs are now rising. Old oil fields are either coming to the end of their life or else require substantial refurbishment and upgrades, due to a lack of investment in maintenance and infrastructure. Furthermore, the quality of many OPEC producers’ oil is not as good as that of the new producers. At the same time, these OPEC members are facing an ever-increasing demand for energy from their own growing populations, which has taken up much of their scope to increase export production of oil and gas.

OPEC members have little room to maneuver. Saudi energy minister Khalid al-Falih may express the wish to “restore balance between supply and demand to support oil prices,” but he has also claimed that Saudi Arabia will not cut production, as he knows it will be replaced by another producer’s increase in production. In reality, a freeze would be self-defeating for OPEC, which would only lose further market share. Meanwhile Iran will attend the meeting, having doubled its exports of oil and gas this year to 2.7 million barrels per day, but has no intention of signing up to a quota until its production and market share reach pre-sanctions levels. Iraq is about to bring back into production some of its northern fields, and so may return to its January peak output of 4.5 million barrels per day. OPEC’s newest member, Ghana, has brought a new field into production this month, and Libya is hoping to recoup some of its lost production, so it is unlikely we will see a freeze in OPEC production. In reality, OPEC is in a weak position to influence the market for oil.

The United States is now the largest gas producer and the second-largest oil producer in the world. The rapid rise of its crude oil and associated oil products production has been a game changer equivalent to an increase of six million barrels per day since 2010, while world oil demand has only increased by a similar margin. Meanwhile, Canada, China, Russia and other non-OPEC producers have increased their oil output substantially. Exploration and research has shown that the “peak oil” theory was a myth, and that world oil reserves of both conventional and unconventional supplies are on the increase. Supply growth is still running ahead of demand growth, and excess supply in the market is judged to be between one and two million barrels per day, which is a marginal difference when total demand is ninety-five million barrels per day. Events such as Canadian forest fires and Nigerian civil unrest have seen price rebounds in 2016, which suggests that there is only a small imbalance in the market. Any sudden decline in production by one producer will quickly affect the market, but the power to replace that supply is now more likely to come from a non-OPEC producer than an OPEC producer, given the current growth rates in output. Also, given the high rate of stockpiling over recent months, any shortage in the market will have little impact upon price or the major economies.

The major influence on prices in 2016 will come from the expected fall in non-OPEC output to 56.4 million barrels per day, with production declines occurring in the United States, China, UK, Kazakhstan and Colombia, though some of this decline may be offset by other non-OPEC producers and OPEC increasing its output. Today the market is likely to be influenced more by the actions of the major non-OPEC producers than by OPEC members, who fight amongst themselves for market share rather than act as a cartel. The only factor that unites OPEC’s member countries, with their divisive interests, is the single common goal of short-term revenue maximization, to offset their rapidly rising fiscal deficits.

OPEC members are now paying the price for always seeking short-term profit maximization by keeping prices high and neglecting production planning. Despite significant cost advantages, their policies have fostered the rapid expansion of non-OPEC production and their loss of market share and power.

The OPEC meeting in Algiers is unlikely to have any impact upon the price of oil and will only increase the angst of its members regarding their mounting budget deficits, while regretting that they have never acted as a true cartel. Maybe they should have looked more to the traditional economic theory of oligopoly and the working of cartels, rather than the modern “greater fool theory” that states that the price is determined not by its intrinsic value of the object, but by irrational beliefs and expectations of market participants.