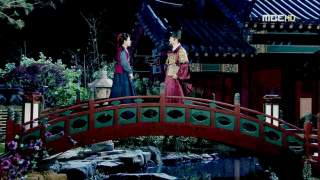 As reports abound of the large and growing underground demand for South Korean TV dramas in North Korea, there has been much breathless speculation on the possibilities that such cultural infiltration might spawn social unrest and political change. Indeed, anecdotal evidence indicates that watching smuggled dramas has helped inspire thousands of North Koreans to defect to the South. But whether it is likely to inspire rebellion within North Korea is a completely separate question.

Just how subversive are South Korean dramas, really? A closer examination of several South Korean dramas popular in the North reveals some uniquely Korean themes that are not at all incompatible with North Korea’s ruling ideology.

A few years ago, the drama Secret Garden attained such an underground following in North Korea that a cottage industry sprang up in China producing and smuggling knockoffs of the lead actor’s trademark sequined tracksuit for sale on the black market. In this drama, the main character is the spoiled, arrogant young scion of a major conglomerate, with an expensive foreign education but a playboy lifestyle and zero work ethic. Before he is transformed through the love of a good woman, he comes close to losing control of his family conglomerate to the scheming of his ambitious right-hand man, the hardworking underling who has been running the actual day-to-day operations of the company for years.

This same essential plot has been repeated (sometimes with gender roles reversed) in many of the most popular South Korean dramas, including My Lovely Sam Soon, History of a Salaryman and Boys Over Flowers. The underlying message: No matter how vile his initial character, any man is worth saving—provided the laws of primogeniture place him first in the line of succession at his family’s company. The villains in these dramas are often relatives who fall somewhere further down the line of succession, the child of a younger son or daughter of the original chairman, gunning for the top spot that rightfully belongs to our flawed hero, the first-born son of the first-born son. It doesn’t matter that the rival is harder working, more experienced or more business-savvy than the hero; the effort to disrupt the natural line of succession is inherently corrupting.

The practice of hereditary chairmanship is a common feature of South Korean conglomerates (chaebol) often associated with Korean traditional values. As David Kang writes, “The family-based nature of Korean society survived the transition to modernity and extends, naturally enough, to both politics and the economy… Firms are family-run and owned and passed on from generation to generation.” The same Korean values have been cited by Byoung-Lo Philo Kim in explaining the persistence of the DPRK’s hereditary rule, unique in the Communist world: “Family-based politics, the succession to rule of the leader’s son, and the extraordinary veneration of Kim Il Sung are the Confucian legacies.” North Korean viewers, lacking experience with South Korean-style chaebol, may naturally associate such characters with the closest equivalent in their own country—the hereditary ruling Kim family. Kim Jong-un naturally takes on the role of rightful heir and hero (most North Koreans are unaware that he has at least two older brothers), and any would-be usurpers or overbearing regents ipso facto become the villains.

Doubtless, the writers of Secret Garden and similar dramas did not have North Korean viewers in mind, nor did they ponder Confucian ethics in their plot outlines. The same narrative recurs year after year because it makes for a compelling story, and one that can only be told in South Korea. The chaebol norm of hereditary succession allows for a unique twist on the classic rags-to-riches fantasy. Similar Cinderella stories told in the West usually start out with an already virtuous prince; consequently, the Cinderella character often seems useless or weak, having no part to play in the prince’s success. Introducing the princeling initially as a deeply flawed character allows the writer to create a more empowered female romantic lead, since she has an important role to play in correcting her prince’s character flaws and, ultimately, saving the kingdom/conglomerate from falling into the hands of ambitious subordinates—a prospect which is implicitly more distasteful to a Korean audience than leaving the flawed but rightful heir in charge.

Historical dramas similarly draw upon the justness of hereditary rule. The 2009 historical drama Queen Seondeok reportedly achieved great popularity among North Koreans desiring to learn about more distant Korean history not covered in the Kim-centric standard school curriculum. At its heart, the convoluted story is about an exiled princess, Deokman, fighting her way back to her rightful place as ruler of the Shilla kingdom, which has for years been ruled by the ruthless and ambitious Lady Mishil. A common theme is that only the “true owner” (jinjunghan ju’in) of the nation can do what is best for its future, because only s/he can truly love the nation more than herself. It is implied that the “true owner” is the one who is most directly descended from the nation’s founder.

A revealing scene takes place in Episode 30, after Deokman announces her plan to reveal scientific knowledge to the people by building an almanac tower, remembered today as one of the crowning achievements of the Shilla era. Informed of the plan, Mishil responds with admiration and envy: “Why couldn’t I have been born a seongol [direct successor]? If I could have easily realized my dream of becoming an empress, then I could have dreamed of doing more.” Here the audience is allowed a rare moment of pity for Lady Mishil: she might indeed have been a great and wise leader, but sadly all of the backstabbing and treachery required to rise to the top corrupted her. The lesson: only those born to power can wield it justly.

Most Korean historical dramas draw their villains from relatives or advisors of the king; often the villain is a middle-aged woman, either the king’s mother or an aging concubine, jealously protecting her influence at court. The king himself is sometimes depicted as weak or easily manipulated, but almost never as the original source of evil. The best example that comes to mind of a truly evil king is King Yeonsan in the 2005 blockbuster film The King and the Clown. Portrayed brilliantly by actor Jung Jin-young, this king is certainly homicidal and probably criminally insane—hardly a banner advertisement for hereditary monarchy. But consider the way his insanity is explained in the film: as a child, he witnessed some rival concubines fatally poisoning his mother in a bid to seize power, and the trauma drove him insane. The bottom line message remains the same: bad things happen when you mess with the line of succession.

A more recent popular drama, The King 2 Hearts, depicts a whimsical scenario in which the Korean monarchy never ended in the South, and an unlikely love story unfolds between the South Korean king and a young North Korean officer. North Koreans reportedly followed this drama avidly, charmed by Secret Garden star Ha Ji-won’s portrayal of the tough-talking KPA officer who falls in love with the South Korean king and helps him wrestle the two Koreas back from the brink of war. In this story, the true threat to peace on the peninsula comes not from North Korean belligerence, but from unbridled capitalism, embodied in the form of a greedy arms dealer who happens to be ethnically Korean but blithely pushes the two Koreas closer to war in order to boost profits. And the true obstacle to unification comes not from South Korean indifference, but from neighboring powers’ cynical desire to keep Korea divided and weak. This depiction so closely resembles the classic North Korean propaganda line that one wonders how it did not fall afoul of South Korea’s National Security Act.

In this drama, South Korea’s elected officials are portrayed as petty, grandstanding cowards riven by factional and regional rivalries, and the prime minister as a draft-dodging weakling so terrified of losing American support that he urges the Korean national team to take a dive when paired with the Americans in a friendly international competition. Only the figurehead king, secure in his throne, seems capable of avoiding political scheming and putting the best interests of the Korean nation first. The North Korean viewer may be forgiven for finding little to like in this version of democracy.

The script repeatedly asserts that surrounding countries, particularly Japan, China and the U.S., strongly oppose Korean unification and will do anything to keep the peninsula divided. Being in the pocket of global arms dealers, the U.S. authorities in particular are so determined to avoid unification that, when North-South reconciliation appears imminent, they arrange a false-flag terrorist attack on Michigan in order to gain a pretext to attack North Korea. The spineless South Korean government quickly acquiesces to U.S. attack plans, and only the bravery of the king and his North Korean fiancée can save the day. In terms of political messaging, this is a modern-day version of Queen Seondeok: elected officials can’t be relied upon to work solely in the nation’s best interests, because they are not the genetically empowered “owners” of the country, as the king is.