Can the American Right Renounce Utopianism? 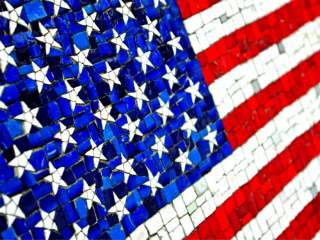 Can the American right free itself from the utopianism of the post-Reagan era?

The question would have seemed strange to mid-century American conservative thinkers like Peter Viereck, Russell Kirk and Robert Nisbet. In their view, conservatism was anti-utopian by definition. In different ways, they identified “conservatism” with a suspicion of radical schemes to revolutionize America and the world.

But today’s orthodox conservatism consists almost entirely of radical utopian schemes to revolutionize America and the world. So-called “movement conservatism” or “fusionism” in its present form is, in fact, an alliance of three distinct utopian movements in economics, domestic policy and foreign policy. All three crusades are doomed to fail in the real world.

Right-wing utopianism in economics takes the form of schemes to repeal almost all of the major social legislation enacted since Franklin D. Roosevelt was sworn in 83 years ago, back in 1933. Social Security and Medicare will be altered beyond recognition, and replaced by a radically different system of private savings accounts and medical care vouchers, along the lines proposed by the economist Milton Friedman in his book Capitalism and Freedom, published 54 years ago in 1962.

Friedman always insisted that he was not a conservative but a classical liberal or libertarian. Other libertarian economists like Friedrich von Hayek also refused to be described as conservatives.

For their part, mid-century American conservatives rejected libertarianism, on the grounds that free-market utopianism is as undesirable as any other utopianism. Peter Viereck defended the New Deal programs and labor unions as conservative reforms and institutions that had averted more radical socialist or fascist movements in the United States. In his essay, “Libertarians: the Chirping Sectaries,” Russell Kirk wrote:

“Conservatives have no intention of compromising with socialists; but even such an alliance, ridiculous though it would be, is more nearly conceivable than the coalition of conservatives and libertarians. The socialists at least declare the existence of some sort of moral order; the libertarians are quite bottomless.”

Those words were published in fall 1981. Thirty-five years later in 2016, the distinction between conservatives and libertarians in economic policy has completely collapsed. There is no conservative economic program at all in the United States today. What is called the “conservative” economic program—privatize Social Security, voucherize Medicare, lower or abolish the minimum wage, cut taxes on the rich, and free trade—is merely the radical libertarian economic program, under a different label.

The conservative economic program doesn’t aim to conserve anything. It seeks to blow up almost all existing U.S. economic policies, whether in the realms of social insurance, regulation or taxation, and replace them with far-fetched and mostly untried voucher and privatization schemes dreamed up by libertarian ideologues. The socialist Bernie Sanders at most wants to add a few public programs to the existing American mixture of private, public and nonprofit provision of goods and services. The libertarian right wants to burn American domestic policy to the ground and start over.

Whether pushed by nominal conservatives at AEI and National Review, or by honest libertarian radicals at the Cato Institute and Reason magazine, the libertarian program is utopian. Not that all of its policy proposals are bad—libertarians sometimes have intelligent things to say in particular areas, like transportation or energy. It is the worldview that is crazy.

The premise that humanity is moving rapidly toward a perpetually peaceful, post-national civilization with a rule-governed global market in which there will be unrestricted movement of individuals as well as goods and money across borders is as much a lunatic fantasy today as it was in the 1840s in the era of Cobden and Bright. Human beings are and always will be nonrational, nepotistic social animals, not utility-maximizing economic individualists. And there will be cycles of geopolitical conflict as long as no world empire monopolizes global power.

Russell Kirk was right back in 1981: “genuine libertarians are mad—metaphysically mad.”

Mainstream conservative foreign policy is just as “metaphysically mad” as the libertarian economic utopianism of the orthodox American right. If the word “conservative” means anything at all, it refers in foreign policy to cautious, anti-utopian Realpolitik, the kind symbolized by statesmen like Disraeli and Bismarck and Eisenhower and Nixon.

But thanks to George W. Bush and the neoconservative advisers who eclipsed Republican realists like Colin Powell and Brent Scowcroft, American “conservatism” came to be identified with the utterly unconservative project of unprovoked wars to topple autocrats in the hope of spreading a global democratic revolution. This radical utopian project, which has backfired and spread chaos exploited by jihadists from Iraq to Syria and Libya, is sometimes called “Wilsonian.” In fact Woodrow Wilson was cautious by comparison with the neocons, as were Franklin Roosevelt and Harry Truman. Neoconservative democratic revolutionary crusading owes more to the revolutionary mentality of anticommunist socialists in the neoconservative movement and their allies among European social democrats than to the more pragmatic policies of FDR or Eisenhower.

The second inaugural address of George W. Bush in 2005 was breathtaking in its utopian radicalism:

“So it is the policy of the United States to seek and support the growth of democratic movements and institutions in every nation and culture, with the ultimate goal of ending tyranny in our world. . .

“. . . Today, America speaks anew to the peoples of the world:

“All who live in tyranny and hopelessness can know: the United States will not ignore your oppression, or excuse your oppressors. When you stand for your liberty, we will stand with you.

“Democratic reformers facing repression, prison, or exile can know: America sees you for who you are: the future leaders of your free county.”

This was essentially a declaration of war by the United States on all nondemocratic regimes, including those of allies like Saudi Arabia and Qatar and rivals like China. The American electorate showed what it thought of neoconservative utopianism and disastrous wars of “regime change” by electing a Democratic Congress in 2006 and a Democratic president twice, in 2008 and 2012.

In addition to committing itself to free-market utopianism in economic policy, and the utopian project of promoting universal democracy by the invasion or subversion of other countries, the mainstream right is dedicated, at least rhetorically, to another utopian project: repealing the sexual revolution.

Until Donald Trump recently challenged the rules of conservative campaigning by offering qualified support for Planned Parenthood, American conservative politicians were expected to adopt the views on sexual and gender issues of the most extreme elements of the mostly-Protestant religious right. Mainstream conservatives promise to outlaw abortion and reverse the recent legalization of gay marriage and gay rights. Some social conservatives want to extend the counter-revolution to battle the use of contraceptives.

In the inaugural issue of National Review in 1955, William F. Buckley Jr. declared that conservatives wanted to “stand athwart history, yelling Stop,” rather, it must be supposed, as Joshua made the sun stand still in Joshua 10:12-13. The religious right has been more ambitious, wanting to stand athwart history and yell until it goes backward, as the sun went backward in Isaiah 38:7-8 and 2 Kings 20:8-11.

Strictly speaking, the religious right’s agenda has been counter-revolutionary, seeking to restore the sexual norms that prevailed as recently in the 1950s, when abortion was illegal, homosexuals were persecuted as criminals or lobotomized as lunatics, and premarital sex and divorce were scandalous. But a counter-revolutionary movement that has no prospect of success becomes just another kind of utopianism. If the libertarian right and the neocons are “metaphysically mad,” the religious right has been theologically mad.

Politics is the art of the possible. It follows that utopianism is unpolitical, even antipolitical. When combined with violence, utopianism produces horrors like the guillotine, the Nazi death camps, the gulag and the killing fields of Cambodia. When it is insincere, like late communism in the last days of the Soviet Union or in contemporary China, utopianism is far less deadly and revolutionary rhetoric tends merely to serve to divert attention from pervasive, low-level corruption.

The utopianism of the contemporary American right is of the latter kind, and the outsiders rebelling against the insiders in the GOP know it. Few if any elected Republicans or conservative pundits actually believe that there will be a borderless global market or the end of tyranny in the world or a return to the sexual norms of 1950s America in their lifetimes, if ever. These promises of revolution or counter-revolution are by now just stale ritual formulas deployed in elections, like talk about “the revolutionary camp” against “the imperialists” in the Brezhnev-era Soviet Union. Meanwhile, away from the talking heads on TV and the op-eds and the blogs and the magazines, the actual, mostly-transactional business of conservative politics goes on between lobbyists and legislators and staffers, many of whom will become lobbyists. Millenarian rhetoric is a cover for transactional kleptocracy.

One interpretation of the support for Republican outsiders like Trump and Cruz over establishment candidates like Jeb Bush holds that it is the GOP masses who are the unworldly utopians. This interpretation tends to be popular among progressives. Conservative leaders, it is sometimes suggested, promised conservative voters what they wanted, and the voters are punishing them for failure to deliver utopia on demand.