Can Trump Refrain from Repeating His Predecessor's Mistakes in Syria? 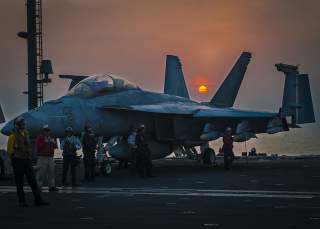 The spark that started it all was an errant one.

Six years ago, on March 6, 2011, Syrian state security forces arrested fifteen young boys for spray painting anti-regime graffiti on a wall in the southern city of Daraa. Their prolonged detention prompted peaceful demonstrations in the city that were met by the regime’s brutal crackdown, including live fire and tear gas. By the time the children were released—beaten, bloodied, burned and with their fingernails pulled out—the flashpoints between the Syrian security services and the protesters had already claimed many lives. Their funerals became rallying points for further protests and more regime violence. The smoldering calls for political reform became a fiery chorus demanding an end to Bashar al-Assad’s rule and the descent toward civil war continued.

Having reached the six-year anniversary, the death toll is now counted by the hundreds of thousands with a refugee crisis tallied in the millions. The catastrophe in Syria remains a dark stain on the soul of humanity that challenges previously held norms and assumptions. While many who early on in the crisis urged American action based solely on humanitarian grounds were rebuffed, they still clung to the belief that there was some magic number of civilian casualties that would finally spur the world to action. Apparently, no such number exists.

Despite the use of chemical warfare; the uncovering of mass graves; the Amnesty International report of the regime conducting a mass hanging of thirteen thousand prisoners in just one prison; a UN report detailing how in the city of Aleppo alone, “warplanes targeted hospitals, bakeries and schools in a non-stop bombing campaign that lasted for months”—not to mention countless other individual and state-sanctioned atrocities and war crimes—the only sound heard in the Western capitals was that of crickets.

To be sure, American foreign policy tends not to be a reaction to strictly humanitarian situations. It isn’t constructed by the American Society for the Prevention of Cruelty to Animals and sold to the masses as a sad commercial in which Sarah McLachlan plays “In the Arms of an Angel” while images of mistreated animals flash across the screen. Nor was it a commercial made by UNICEF, which showcases Alyssa Milano and implores the viewer not to turn away from the images of suffering children as a haunting rendition of “You Are My Sunshine” slowly plays. Yet beyond the argument that the United States should intervene as “an act of geopolitical hygiene,” as Bret Stephens describes in his 2014 book, America in Retreat, there were compelling national-security concerns in Syria that would only worsen over time.

To that end, many others, including myself, argued for early intervention on both strategic and humanitarian grounds. We were rebuffed by those on both sides of the political aisle who said it wasn’t America’s fight, that it was a religious war the United States shouldn’t be involved in, and while the loss of human life was tragic, it didn’t represent a threat to the United States or a core American interest. It was further argued that there was no sense toppling a regime and ultimately incurring the wrath of the people. It tempted the Pottery Barn rule—“You break it, you own it”—that leads to nation building.

When it comes to the Middle East, newly elected American presidents have a tendency to veer toward overcorrection. George W. Bush came into office in early 2001 and wanted nothing to do with the region as Bill Clinton’s seven-year peace process exploded into unbridled terrorism a few months earlier. Eight years later, Barack Obama was elected with an “outstretched hand” policy. He promised to withdraw U.S. forces from Iraq and Afghanistan, lessen America’s footprint in the Middle East and correct what he saw as the unfortunate plague of foreign-military adventurism.

The Middle East, however, is never shy about presenting its own lessons, regardless of presidential intentions. Both George W. Bush and Barack Obama’s policies were shaped by seismic events beyond their control. For Bush, it was the 9/11 terrorist attacks; for Obama, it was the 2011 Middle East uprisings that engulfed the region, initially referred to by the more sanguine title of the “Arab Spring.” No template existed for dealing with those challenges and both presidents appeared to possess opposite instincts when formulating responses.

As the crisis in Syria enters its seventh year, the results of the naysayer arguments that won the political debate have been tallied: The deplorable lack of Western leadership in Syria created a predictable vacuum first filled by Hezbollah and Iran, and finally Russia, all of whom keep Assad’s regime on life support. It also allowed for the reconstitution of Al Qaeda in Iraq under the name of the Islamic State (ISIS). They established their caliphate capital in the northern Syria city of Raqqa and committed acts of barbarism so appalling it would make Caligula blush. Added to the toxic Syrian stew are various Sunni and Shia militias, some Islamists and others less so, most of whom are backed by other regional powers fighting to influence the country’s future.

Three years after Frederic Hof stepped down from his State Department post as adviser to former Secretary of State Hillary Clinton on Syrian political transition, he reflected on the lessons he learned from the standpoint of 2015:

My failure to predict the extent of Syria’s fall was, in large measure, a failure to understand the home team. In August 2011, Barack Obama said Assad should step aside. Believing the president’s words guaranteed decisive follow-up, I told a congressional committee in December 2011 that the regime was a dead man walking. When the president issued his red-line warning, I fearlessly predicted (as a newly private citizen) that crossing the line would bring the Assad regime a debilitating body blow. I still do not understand how such a gap between word and deed could have been permitted. It is an error that transcends Syria.

For a president who eschewed force for finesse with his own form of overcorrection, it turned out that Barack Obama was clearly overmatched and subsequently outplayed by both Russia and Iran. Charles Krauthammer spotted the trend early: “Obama imagined that his silver tongue and exquisite sensitivity to Islam would persuade the mullahs to give up their weapons program. Amazingly, they resisted his charms, choosing instead to become a nuclear power.” As Hof also understood, the White House saw the problem as essentially one of communications, where Iran and Syria didn’t yet comprehend that they were on the wrong side of history.

He recalled how Vladimir Putin got the better of Obama in Syria: “For nearly two years, Washington had chased Moscow diplomatically in the belief that the Kremlin’s soothing words about supporting political transition in Syria were truthful. That which was obvious to many—Russia’s desire to perpetuate al-Assad in office—is now jarringly clear to the administration.”

This was before it was fully understood that for Obama, when it came to the Middle East, the only game in town was Iran and the nuclear deal he hoped to achieve. And Iran made clear that Syria was its nonnegotiable core interest that the West must respect. Obama publicly acceded to the demand by the end of 2015, agreeing to “respect” Tehran’s regional “equities.” As such, Barack Obama’s Syria policy was merely an afterthought, subordinated to the Iran file.

The case of the president’s self-inflicted wound from his self-imposed red line provides a rather illustrative example of being outmaneuvered. In 2013, President Obama ignored the wishes of most of his staff and turned to Moscow to remove Assad’s chemical weapons. He then turned to the American people and sold the plan as an ingenious victory of diplomacy, which he hailed soon after in a speech at West Point with the doctrinaire phrase, “Just because we have the best hammer does not mean that every problem is a nail.” In a 2016 interview he described that decision as a source of deep satisfaction for him. “I’m very proud of this moment,” he told Jeffrey Goldberg of the Atlantic. It was “as tough a decision as I’ve made—and I believe ultimately it was the right decision to make.”

The lifeline Putin offered, however, turned out to be the Russian reins of a Trojan horse that only required a dash of strategic patience to spring. At the same time, as the United States gave up leverage to Iran in the nuclear negotiations, Russia profited from the process. They made sure the final agreement provided its newly wealthy Persian client with the freedom to purchase an unending colorful range of Russian weapons systems. With the deal finalized, Putin waited two months before springing forth from the Trojan horse into the Syrian fray with a massive military buildup in September 2015.

Meanwhile, Assad continues to use chlorine gas as a weapon against his people and Iran has learned that it can practice its own strategic patience. Iran knows it can enhance its regional position while improving its ballistic missiles and nuclear centrifuges and then spring forth in around a decade when the deal expires as a fully weaponized nuclear state with an industrial-sized program. And all Israel got was a lousy T-shirt.