Can Xi and Modi Resolve the Sino-Indian Border Dispute? 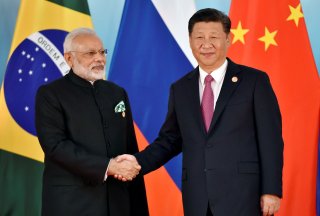 On November 15, Chinese president Xi Jinping met with Indian prime minister Narendra Modi for a few minutes at the G20 summit’s dinner. The meeting was a public ice-breaker after three years without top-level interactions. Although neither leader engaged in a G20 sideline meeting, the brief conversation offered a glimpse into the intense bilateral negotiations taking place behind the scenes to resolve India and China’s military stalemate.

China-India relations have suffered immensely over the last three years. The Indian Armed Forces and China’s People’s Liberation Army (PLA) have been in a standoff in eastern Ladakh since April 2020. The situation remains fluid, with both sides rapidly developing military infrastructure at the Line of Actual Control (LAC). China and India are, however, simultaneously negotiating at the military and diplomatic levels to reduce hostilities and resolve the standoff peacefully. Therefore, both internal military capability development and bilateral negotiations are running on parallel tracks. The Xi-Modi conversation at the G20 summit is an indication of this intense process, which aims to reduce hostility and develop a new modus vivendi between both nations.

Modi met Xi eighteen times between 2014 and 2019, the most by any Indian leader in the two states’ bilateral history. Modi even traveled to China five times for various summits and concluded agreements facilitating trade and political relations. However, none of those interactions mattered in the long run. In April 2020, PLA troops occupied seven disputed areas on the Indian side of the LAC. The PLA’s occupation rendered multiple bilateral agreements for peace and tranquility on the border—signed in 1993, 1996, and 2013—meaningless. Accordingly, Modi faced severe domestic criticism for frequently meeting with Xi and failing to grasp his real intentions.

Since then, both leaders avoided meeting each other publicly. They attended September’s Shanghai Cooperation Organization (SCO) meeting in Uzbekistan but ignored each other in public. There are indications, however, that they had a meeting behind the scenes.

The PLA’s intrusion damaged China-India relations considerably, leading to the Galwan Valley Clash in June 2020 and India’s counter-troop deployments at the Kailash Range. Both nations came dreadfully close to an active conflict in August 2020. However, cooler heads prevailed, and bilateral negotiations through military and diplomatic channels kept the forces apart.

So far, China and India have held sixteen meetings to discuss the standoff, with another meeting in the cards. The negotiations have resulted in both sides partially disengaging from five standoff points with Chinese and Indian troops withdrawing at an equal distance to create a designated buffer zone. Therefore, the LAC has been transformed into a Belt of Buffer Zones (BBZ) that expressly forbids both militaries from sending human patrols into these designated areas. Non-human surveillance is expected to continue, however, and both armies will decide on coordinated, joint, or staggered patrolling, once the withdrawal is completed.

These buffer zones appear to be a sensible arrangement to create distance between Chinese and Indian troops and will grant enough warning time against intrusions. India remains disadvantaged as most buffer zones are located in its claimed LAC territory. However, if Indian troops cannot enter these zones, neither can the Chinese. A negotiated modus operandi is also urgently needed to facilitate the entry of local graziers into their traditional grazing grounds located in these buffer zones. A ban on their entry would fatally damage their financial well-being.

The last two standoff points at Depsang and Demchok require tremendous diplomatic efforts for resolution. Here, China aims to hold the contested territory, as per its 1959 claim line. This would bar India from patrolling nearly 600-800 square kilometers of its claimed territory.

India has offered a buffer zone option here as well. However, the Indian Army’s Depsang patrol route traverses closer to China’s Tianwendian and Heweitan border posts and the connecting Tiankong Highway. Depsang is further conducive to accessing the Chipchap River Valley and the southern Aksai Chin region. Similarly, the Demchok standoff point at Charding Ninglung Nullah Junction leads to the Charding La Pass and into Zanda County. China intends to cut these Indian patrol routes short and terminate their potential access into the southeastern Aksai Chin. Therefore, China is prevaricating on Depsang and Demchok at the negotiation table.

The standoff has propelled China and India to rapidly develop additional military infrastructure. China has built permanent accommodations for its troops, artillery, air defense assets, and mechanized columns on its side of the LAC. PLA troops spending winters at the LAC have received prefabricated and thermal insulated shelters, indoor training facilities, new barracks, and better food and water supply arrangements.

Extensive road construction activities are also proceeding. China is building a new G-695 highway along the China-India border. The PLA has widened older roads and built new all-weather routes to access their border outposts. Moreover, China built the first bridge on the Pangong Lake in January 2022 to connect both banks. A second sturdier bridge is now under construction to enhance China’s control over the Pangong Region.

Similarly, India has built permanent winter accommodations to house nearly 60,000 troops in Eastern Ladakh. It has used 3-D printed blocks for faster and sturdier shelter construction that can sustain fire from tank shells. The Indian Army has constructed a number of bridges, approach roads, tunnels, and helipads for faster access to border areas.

India has allotted $5 billion to build a frontier highway in the LAC’s eastern sector. This highway runs along the China-India border in India’s Arunachal Pradesh and would be crucial for inter-valley communication and logistics supply. In addition, a number of airstrips close to the border have been built and new air bases at Nyoma and Fukche are in the pipeline. Troops deployed at Pangong Lake have received new docks and speedboats to enhance their patrolling capabilities.

This trade relationship underlines a complication: India cannot ignore the Chinese economy if it wants to promote faster growth, particularly after it looks to recover from the Covid-19 pandemic and alleviate the fallout from the Russo-Ukrainian War. China-India trade relations have progressed autonomously even as both sides await a resolution of the border stand-off.

The LAC buffer zones have created space between Chinese and Indian troops. However, their rapid border infrastructure projects are raising the risk of future conflict. China has already achieved its objective to bar Indian forces from developing infrastructure into disputed zones and the PLA wants to consolidate its gains and negotiate from a position of strength.

China here prefers to achieve its objective below the threshold of war and has consciously avoided going over the brink with India. However, its force posture and deployments have not shrunk. Despite partial disengagements, troops remain deployed close to all conflict points. Last month, the PLA even inducted three additional infantry brigades into the eastern LAC sector to maintain the pressure on India through the winter.

Chinese troops have long enjoyed better communication and logistical facilities on the plateau. Their superior infrastructure has boosted their confidence to engage Indian troops anywhere on the LAC. However, this sentiment will gradually recede as India matches Chinese infrastructure developments. The Indian Army’s extensive high-altitude experience, advanced weapon acquisitions, and frequent joint exercises with the United States and its allies have further boosted India’s confidence. Therefore, the military balance on the LAC has become unpredictable.

This has invigorated diplomats on both sides to look for peaceful options. The Xi-Modi icebreaker at the G-20 summit indicated that hectic behind-the-scenes diplomatic efforts were ongoing. Nevertheless, a quick standoff resolution cannot be expected. China-India border negotiations work as a multi-round boxing match. Both countries are engaged simultaneously in confrontation and negotiations. The SCO and G-20 summits in India next year, which Xi is expected to attend, could work as a tentative deadline.

Dr. Atul Kumar is a researcher at the Griffith Asia Institute at Griffith University, Brisbane, Australia. He completed a Ph.D. on the Chinese military from Monash University in Melbourne, Australia, and worked on China's military and security policies.