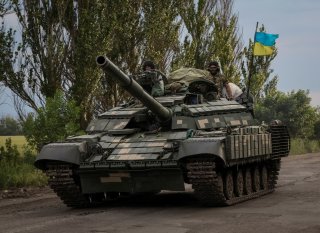 Let me now turn to the matter of escalation. It is widely accepted among international relations scholars that there is a powerful tendency for protracted wars to escalate. Over time, other countries can get dragged into the fight and the level of violence is likely to increase. The potential for this happening in the Ukraine war is real. There is a danger that the United States and its NATO allies will get dragged into the fighting, which they have been able to avoid up to this point, even though they are already waging a proxy war against Russia. There is also the possibility that nuclear weapons might be used in Ukraine and that might even lead to a nuclear exchange between Russia and the United States. The underlying reason these outcomes might be realized is that the stakes are so high for both sides, and thus neither can afford to lose.

As I have emphasized, Putin and his lieutenants believe that Ukraine joining the West is an existential threat to Russia that must be eliminated. In practical terms, that means Russia must win its war in Ukraine. Defeat is unacceptable. The Biden administration, on the other hand, has stressed that its goal is not only to decisively defeat Russia in Ukraine, but also to use sanctions to inflict massive damage on the Russian economy. Secretary of Defense Lloyd Austin has emphasized that the West’s goal is to weaken Russia to the point where it could not invade Ukraine again. In effect, the Biden administration is committed to knocking Russia out of the ranks of the great powers. At the same time, President Biden himself has called Russia’s war in Ukraine a “genocide” and charged Putin with being a “war criminal” who should face a “war crimes trial” after the war. Such rhetoric hardly lends itself to negotiating an end to the war. After all, how do you negotiate with a genocidal state?

American policy has two significant consequences. For starters, it greatly amplifies the existential threat Moscow faces in this war and makes it more important than ever that it prevails in Ukraine. At the same time, it means the United States is deeply committed to making sure that Russia loses. The Biden administration has now invested so much in the Ukraine war—both materially and rhetorically—that a Russian victory would represent a devastating defeat for Washington.

Obviously, both sides cannot win. Moreover, there is a serious possibility that one side will begin to lose badly. If American policy succeeds and the Russians are losing to the Ukrainians on the battlefield, Putin might turn to nuclear weapons to rescue the situation. The U.S. Director of National Intelligence, Avril Haines, told the Senate Armed Services Committee in May that this was one of the two situations that might lead Putin to use nuclear weapons in Ukraine. For those of you who think this is unlikely, please remember that NATO planned to use nuclear weapons in similar circumstances during the Cold War. If Russia were to employ nuclear weapons in Ukraine, it is impossible to say how the Biden administration would react, but it surely would be under great pressure to retaliate, thereby raising the possibility of a great-power nuclear war. There is a perverse paradox at play here: the more successful the United States and its allies are at achieving their goals, the more likely it is that the war will turn nuclear.

Let’s turn the tables and ask what happens if the United States and its NATO allies appear to be heading toward defeat, which effectively means that the Russians are routing the Ukrainian military and the government in Kyiv moves to negotiate a peace deal intended to save as much of the country as possible. In that event, there would be great pressure on the United States and its allies to get even more deeply involved in the fighting. It is not likely, but certainly possible that American or maybe Polish troops would get pulled into the fighting, which means NATO would literally be at war with Russia. This is the other scenario, according to Avril Haines, where the Russians might turn to nuclear weapons. It is difficult to say precisely how events will play out if this scenario comes to pass, but there is no question there will be serious potential for escalation, to include nuclear escalation. The mere possibility of that outcome should send shivers down your spine.

There are likely to be other disastrous consequences from this war, which I cannot discuss in any detail because of time constraints. For example, there is reason to think the war will lead to a world food crisis in which many millions of people will die. The president of the World Bank, David Malpass, argues that if the Ukraine war continues, we will face a global food crisis that is a “human catastrophe.”

Furthermore, relations between Russia and the West have been so thoroughly poisoned that it will take many years to repair them. In the meantime, that profound hostility will fuel instability around the globe, but especially in Europe. Some will say there is a silver lining: relations among countries in the West have markedly improved because of the Ukraine war. That is true for the moment, but there are deep fissures below the surface, and they are bound to reassert themselves over time. For example, relations between the countries of eastern and western Europe are likely to deteriorate as the war drags on, because their interests and perspectives on the conflict are not the same.

Finally, the conflict is already damaging the global economy in major ways and this situation is likely to get worse with time. Jamie Diamond, the CEO of JPMorgan Chase says we should brace ourselves for an economic “hurricane.” If he is right, these economic shocks will affect the politics of every Western country, undermine liberal democracy, and strengthen its opponents on both the left and the right. The economic consequences of the Ukraine war will extend to countries all over the planet, not just the West. As The UN put it in a report released just last week: “The ripple effects of the conflict are extending human suffering far beyond its borders. The war, in all its dimensions, has exacerbated a global cost-of-living crisis unseen in at least a generation, compromising lives, livelihoods, and our aspirations for a better world by 2030.”

Simply put, the ongoing conflict in Ukraine is a colossal disaster, which as I noted at the start of my talk, will lead people all around the world to search for its causes. Those who believe in facts and logic will quickly discover that the United States and its allies are mainly responsible for this train wreck. The April 2008 decision to bring Ukraine and Georgia into NATO was destined to lead to conflict with Russia. The Bush administration was the principal architect of that fateful choice, but the Obama, Trump, and Biden administrations have doubled down on that policy at every turn and America’s allies have dutifully followed Washington’s lead. Even though Russian leaders made it perfectly clear that bringing Ukraine into NATO would be crossing “the brightest of red lines,” the United States refused to accommodate Russia’s deepest security concerns and instead moved relentlessly to make Ukraine a Western bulwark on Russia’s border.

The tragic truth is that if the West had not pursued NATO expansion into Ukraine, it is unlikely there would be a war in Ukraine today and Crimea would still be part of Ukraine. In essence, Washington played the central role in leading Ukraine down the path to destruction. History will judge the United States and its allies harshly for their remarkably foolish policy on Ukraine. Thank you.

John J. Mearsheimer is the R. Wendell Harrison Distinguished Service Professor of Political Science at the University of Chicago. His many books include The Great Delusion: Liberal Dreams and International Realities and The Tragedy of Great Power Politics.