The Census Setback Shows That Immigration Continues to Vex Trump 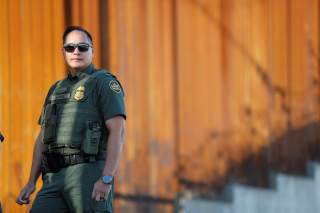 The address is being interpreted as either a conclusion of the months-long census battle, or a continuation of the battle by other means. Trump has been searching for a way to fulfill his immigration promises during the 2016 campaign. Most conspicuously, he has failed to build the wall that he vowed to erect on the southern border. Now, the Trump administration has tried and failed to add a citizenship question to the official 2020 U.S. census, losing a 5-4 Supreme Court decision in June. The court’s ruling left the matter open, with Chief Justice John Roberts indicating that the administration’s legal argument was “contrived” but that it could reopen the matter if it produced a more persuasive rationale for the question. In the end, the administration concluded that this route was too risky and too lengthy. Indeed, the census forms, absent a citizenship question, began printing at the start of July.

What does it all add up to? “Most Americans think it is perfectly reasonable to ask about citizenship on the census. Unfortunately, it is one man’s decision—Chief Justice John Roberts. But this is also a case where the Trump administration couldn’t get out of its one way, using one rationale in court and another in the court of public opinion. That problem was unfixable, so here we are,” observed James Antle, editor of The American Conservative.

When faced with that unfixable problem, Trump followed in the footsteps of his predecessors. He issued an executive order. “I am hereby ordering every department and agency in the federal government to provide the Department of Commerce with all requested records regarding the number of citizens and noncitizens in our country. They must furnish all legally accessible records in their possession immediately. We will utilize these vast federal databases to gain a full, complete, and accurate count of the non-citizen population,” Trump announced.

While it is unknown how many undocumented immigrants currently reside in the United States, the most common number bounded about is ten to eleven million. Immigration hardliners like Ann Coulter, however, say the number has grown exponentially in recent decades and is now approaching thirty million. “We must have a reliable count of how many citizens, non-citizens, and illegal aliens are in our country,” Trump said.

The records sent to the Census Bureau would include information from Immigration and Customs Enforcement (ICE) and the Social Security Administration. The executive order also seeks to eliminate longstanding obstacles to data sharing among agencies. By collecting information from multiple agencies, the bureau will in theory be able to cross check information and more accurately catalog individuals’ citizenship.

The American Civil Liberties Union was one of the prime legal challengers to the census question, and it depicted yesterday’s abandonment of the question’s inclusion on the census as a victory. “When the details of Trump’s new plan to compile citizenship data outside of the census come out—and his plans for using that data—we will scrutinize them closely and assess their legality,” said Dale Ho, director of the ACLU’s Voting Rights Project.

President Trump and Attorney General Barr left the door open for what the information, once collected and centralized, could be used for. The primary purpose would be to allow states governments, once aware of an accurate appraisal of legal and illegal residents, could choose to apportion their congressional districts and electoral college votes using that data instead of the data collected by the official census. The Democratic Party favors using total population, because illegal immigrants are likely to reside in urban cities and Democratic-majority areas, thus artificially increasing their political power. Republicans have been fighting for only legal citizens to count towards political representation.

Others worry that this information could be used by ICE to aid in deportations. This weekend the agency is set to conduct sweeps throughout the United States. Trump is averring that it will focus on arresting criminals who are living in America illegally, including members of the gang MS-13. “We’re really looking for criminals as much as we can. Trying to find the criminal population, which has been coming into this country the last ten years,” Trump said. Others argue that it actually won’t be directed at criminals but rather families residing in America illegally. House Speaker Nancy Pelosi is thus encouraging religious organizations to oppose vocally any sweeps directed against undocumented immigrants.

The numbers appear to be far fewer than the several million Trump promised to deport. But the matter has provoked such controversy inside and outside the administration that the operation has already been delayed. While the collected information may be useful for anonymous statistics, privacy laws prevent personal information from being shared without outside agencies (such as ICE), and alerting them would require an act of Congress, a move that seems highly improbable.

Still, this emphasis on citizenship and legality falls in line with one of the key themes of Donald Trump’s presidential campaign: civic nationalism. Said the President, “I’m proud to be a citizen. You’re proud to be a citizen. The only people who are not proud to be citizens are the ones who are fighting us all the way about the word ‘citizen.’” But his rhetoric cannot disguise the fact that when it comes to the census, he ended up beating a fresh retreat on the immigration front.