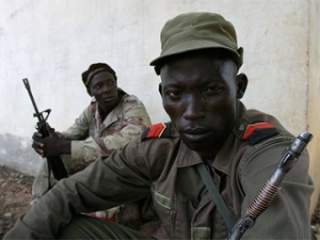 Following repeated controversies, the Republic of Chad announcement on April 3 that it intends to withdraw its 850 troops from the African-led International Support Mission in the Central African Republic (MISCA).

Any hopes for a resolution to the crisis have been dashed due to Chad’s abandonment of the international mission because unlike France, Chad is the decisive player in the future of the Central African Republic.

The final straw for Chad’s role in the MISCA mission came after a March 29 incident in Bangui, the Central African Republic’s capital. Chadian soldiers allegedly returned fire after having grenades thrown at them, resulting in the deaths of more than twenty-four people. The outcry against Chadian soldiers was fierce, leading to the Chadian Minister of Foreign Affairs to liken the backlash as a “media lynching”.

A subsequent inquiry by the United Nations concluded that Chadian forces were not provoked but acted out of aggression, further inflaming the situation.

The withdrawal is problematic because Chadian troops are some of the best trained in Africa and have been a critical ally of France, having played a pivotal role in the French intervention in northern Mali in 2011. In addition, Chadian troops bore the brunt of fighting with the Christian anti-balaka militia, taking on numerous casualties. Thus, the withdrawal of highly trained soldiers capable of acting as enforcers will surely be felt. Moreover, the European Union forces being deployed to the capital’s airport and other strategic areas will not make up the difference.

Most critically, however, is that Chad has only withdrawn its troops from the international mission—not the Central African Republic. Chadian troops will remain in areas that it has unilaterally deployed to, making the Chadian presence extremely unclear.

The withdrawal is further complicated as a result of Chad’s history of supporting militias in the Central African Republic’s vast, unpopulated north as a way to check power in Bangui. This is how the Muslim Seleka forces came to power in 2013, after all.

The international community cannot afford to have Chad as an ambiguous force in the country. The Central African Republic’s porous borders, alienated Muslim population, and unpopulated terrain make the country highly attractive to regional terrorist groups such as Nigeria’s Boko Haram and Al Qaeda in the Islamic Maghreb (AQIM).

The crisis has already produced new militias, most notably the Organization of Muslim Resistance of the Central African Republic (ORMC), a five-thousand-man Muslim self-defense militia. The stated intentions of the group are to protect Muslim Central Africans and march on the capital—the latter a potential disaster waiting to happen.

It remains to be seen whether Chad will seek to align with various militias hidden in the north to protect its interests—if it has not already done so.

If France and the rest of the international community fail to accomplish this, Chad will continue down its unilateral path and support destabilizing militias in the north.

Consequently, the likelihood of governments in Bangui continuing to collapse will be as high as ever.

Stephen Rakowski is an Africa Intelligence analyst for Max Security Solutions, a geopolitical risk consulting firm based in the Middle East.