The Challenges to Entrepreneurship in Post-Conflict Environments 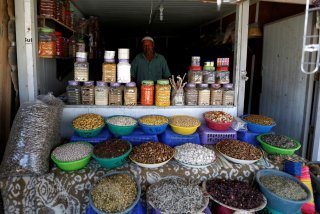 The war between Russia and Ukraine has diverted the public’s attention from the many other conflicts across the globe—from Afghanistan, the Sahel, and Haiti, to Sudan and Myanmar. Yet all the while, ongoing violence and instability are enacting huge social and economic costs on populations in developing nations. The costs include destroyed capital, technological regress, and a massive shortfall in income. Civil conflict depresses growth rates by 2.2 percent per annum on average; and looking at the macroeconomic domain, negative economic shocks of just 5 percent can increase the risk of civil war by as much as 50 percent in fragile states.

The importance of small and medium-size firms (SMEs)—the backbone of private enterprise in these societies—to a nation’s health and wealth is indisputable. In her seminar study of entrepreneurship in post-conflict zones, Gayle Tzemach Lemmon cites that SMEs contribute 29 percent of formal GDP in low-income countries (informal exceeds 35 percent according to the International Monetary Fund) and accounts for 45 percent of formal employment in manufacturing. These firms also control over 80 percent of net job origination.

The challenges to entrepreneurship in post-conflict environments are similar yet distinct from those where war, insurrection, and civil strife are ongoing. The presence versus absence of hostilities is not an “on-off” switch. Conflict (and its dissipation) takes place on a spectrum.

To begin with, security is an indispensable component of post-conflict environments. However, security without development leads to economic stagnation and discontent among civil society, just as development without security jeopardizes economic growth and can lead to a complete collapse of an economy.

In post-conflict arenas, peace support operations are essential and must be embedded in peacekeeper training. Peace and security scholars Hans-Georg Ehrhart and Albrecht Schnabel argue that there are nine key concepts unique to peace support operations in post-conflict domains: attitude, use of force, perception of the former enemy, exit strategies, the role of civilians, key decision-making locales in peacekeeping operations, command and control structures, interaction with the media, and the use of technology.

What other major insights can we learn from conflict zones? In Bosnia and Herzegovina, ethnic tensions created complicated administrative structures, fragmented economic and labor markets, burdensome taxation systems and socially exclusive environments. In the case of Syria, the country’s entrepreneurs continue to face a scarcity of financial support, dwindling human skills, an unfriendly regulatory environment, and a destroyed infrastructure in many locales.

Colombia is an excellent example of how entrepreneurship can support a post-conflict environment. The Revolutionary Armed Forces of Colombia (FARC) laid down their weapons after their leaders signed an accord with the government in 2016, ending a fifty-two-year insurgency. In exchange for disarming, Colombia offered this first group of ex-combatants training in accounting, stock management, market analysis, development of business plans, and $2,300—roughly eight months of minimum wage earnings at the time—to start a small business. Unfortunately, economic challenges and security threats continue. The failure to provide security guarantees and social and rural reforms laid out in the 2016 Peace Agreement has contributed to periodic episodes of violence in select regions of the country.

Nevertheless, continual progress is being made. The private sector has stepped up to the plate, as well, and is making a difference in terms of employment generation and entrepreneurship. One case is Illycaffè, which aims to increase the quality and productivity of coffee production in the department of Cauca, where former FARC fighters and small producers reside, encouraging local economic development. The organization instituted a three-month coffee growing training program at Tecnicafé coffee technology park, to help former guerrillas’ reintegration into civilian life. Supported by Colombia’s National Learning Service (Sena), National Federation of Coffee Growers (FNC), and Illycaffè and its local supplier Ascafé, the students selected for the training program receive a stipend to attend the program.

A review of many more former conflict areas such as Kosovo, Sierra Leone, El Salvador, and Rwanda allow one to conclude that the four main factors impacting entrepreneurship in conflict and post-conflict nations are infrastructure, regulation, finance, and human capital.

The Achilles’ heel for all entrepreneurs, whether operating in conflict zones or outside, is financing. Given the financial risk level in conflict areas, it is critically important that SMEs have access to capital whether from formal or informal sources. The International Finance Corporation (IFC) has calculated a gap assessment for micro and small businesses is $5.2 trillion.

Fortunately, there is a plethora of bilateral and multilateral development financing institutions that help alleviate the funding constraints faced by entrepreneurial firms. In addition to the IFC, World Bank, and Andean Development Corporation, North American and European development agencies are active in this space. For example, the U.S. Agency for International Development’s Productive Entrepreneurships for Peace (EMPROPAZ) fosters financial inclusion and development through microfinance and socio-business services to over 110,000 microbusinesses and entrepreneurs. Additionally, microcredit institutions in-country are a good mechanism of financial support for demobilized soldiers, returnees, women, displaced individuals, and those residing in areas still affected by conflict. Studies have shown that the ease of security services from these microfinance institutions helps the poor more than low-interest rates.

The outlook for entrepreneurs in a post-conflict environment depends on a multiplicity of forces and factors. And while entrepreneurs need to grow and build linkages with larger firms, even in low value-added services, migrants fleeing poverty, violence, and instability, be it in Syria, Yemen, or Venezuela, provide a steady flow of consumers for micro and small businesses—many established from the ranks of prior refugees!

Olopa, Guatemala, is a prime example. Women there have traditionally made rope bags for their families’ use. Aided by the NGO World Neighbors, they have developed and incorporated different designs for their bags. With training in basic financial and marketing techniques, rope bag production has been successfully commercialized. Women sell their bags in Olopa and surrounding villages, and the bag business is producing significant income for a large number of women.

Women bag producers contribute a small part of their profits into a savings and credit group. This group in turn makes loans to women who wish to start their own bag or other businesses. Loans are always paid back and the amount available for credit expands over time. It is this type of locally driven capital accumulation that results in economic initiatives that meet local needs and do not rely on low wages, lax regulation, and government subsidies. These women producers have organized themselves into the Association of Olopenses Women (AMO), an organization that now encompasses thirty-seven communities.

Entrepreneurship can contribute significantly to post-conflict reconstruction. However, as Wim Naudé of Maastricht University notes, firms in conflict countries need to heed a number of key lessons, among those: simplify business processes and products and diversify supply chains (if medium-size firms), invest in human capital, empower women, keep the business in the family, deal with vested interests, and act decisively to remove barriers to entry.

As Steven Koltai explains in Peace Through Entrepreneurship, increasing labor demand (creating new jobs) can significantly contribute to a socioeconomic environment that lessens the probability of conflict reigniting. This goes hand in hand with a security sector whose institutions’ prime mission is to protect individuals (as opposed to the state).

The challenges to entrepreneurship in a post-conflict environment require a quadripartite solution—the effective involvement of government, private enterprise, security institutions, and non-governmental organizations. Nothing less will do.

Jerry Haar is a business professor at Florida International University, a global fellow of the Woodrow Wilson International Center for Scholars in Washington, D.C., and a senior fellow of the Council on Competitiveness. He is a former director of FIU’s Pino Global Entrepreneurship Center.