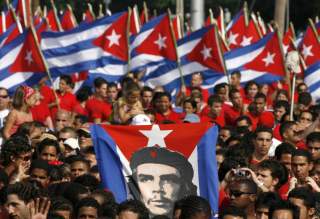 WE LIVE in the age of self-proclaimed “public intellectuals,” although precisely what they are has never been adequately explained. Are public intellectuals, like public transportation, providers of a useful service available to all comers? Or, like certain other public conveniences, does one have to pay before the door swings open offering access and relief? Are they sources of enlightenment to citizens, policymakers and politicians, or are they, to borrow a phrase originated by Kipling and popularized by Prime Minister Stanley Baldwin, the latest heirs to “power without responsibility—the prerogative of the harlot throughout the ages”? Baldwin, speaking in Depression-era Britain, was referring to unscrupulous press lords who exerted unchecked influence on public opinion; in some ways, the influence of the new public intelligentsia on today’s popular opinion is similar.

Paul Hollander, professor emeritus of sociology at the University of Massachusetts, Amherst, and an associate of the Davis Center for Russian and Eurasian Studies at Harvard, is well qualified to examine the impact and origins of the twentieth- and twenty-first-century love affair between many members of the Western intelligentsia and some of the most ruthless, bloody dictators and political systems of the age. As he explains in his preface:

“This book continues to explore several of my long-standing and converging interests. They include totalitarianism, communist systems, intellectuals and politics, the relationship between the personal and political, between political ideals and practices, the spiritual problems of modernity, and the apparently limitless capacity of idealistic human beings, notably intellectuals, to engage in wishful thinking and substantial political misjudgments.”

All this with the proviso, “I should hasten to add that the generalizations and propositions that follow in this book apply only to an undetermined but very visible and vocal portion of Western intellectuals. In the absence of opinion and other surveys addressed to ‘intellectuals’ these proportions cannot be determined or quantified.” Even without such quantification, it is probably safe to characterize that proportion as more than enough.

In his 1981 book Political Pilgrims, he addressed some aspects of this subject, but with a significant difference:

“Political Pilgrims examined the appeals and attractions various communist systems had for many Western intellectuals. It included only brief discussions of appeals of the leaders and founders of these systems. By contrast, the present volume focuses on attitudes toward and perceptions of the leaders of these systems that in many instances could be characterized as hero worship . . . Second, and more importantly, the present study was broadened to include (among the political systems that impressed favorably groups of Western intellectuals) not only communist states but also Fascist Italy and Nazi Germany, as well as several contemporary authoritarian regimes and their leaders of varied ideological persuasion: Hugo Chavez of Venezuela, Saddam Hussein of Iraq, Omar Torrijos of Panama, the Kim dynasty of North Korea.”

Broad and brilliant as the resulting canvas is—Paul Hollander possesses a keen intellect, a mastery of his subject and a forceful, lucid style—it is only a small, chronologically compressed part of a larger picture that goes back to the dawn of Western civilization as embodied in ancient Greece.

PERHAPS WE should blame it all on Plato. Ever since he introduced his concept of the “philosopher king,” countless intellectuals have been besotted by the notion of finding and working hand in hand with the ideal Big Brother, often with lethal results. “Let there be one man who has a city obedient to his will, and he might bring into existence the ideal polity about which the world is so incredulous,” wrote the founding philosopher in his Republic. Plato named the ideal polity of his dreams “Kallipolis” (Greek for “beautiful city”). The search for an earthly Kallipolis, and a ruler with “a love of knowledge, intelligence, reliability and a willingness to live a simple life”—and, better yet, the opportunity to mold him with their own hands and then wield power through his—has tempted intellectuals forever after. Unfortunately, on the few occasions when the dream seemed to come true, results tended more to the tragic and absurd than to the productive and uplifting.

In what must have been one of the first examples of a pedagogue leaving the big city to become a tenured department head in a cow town, the celebrated philosopher Aristotle was hired by the crude but aspiring King Philip of Macedon (a powerful but barbarous backwater), to head a state academy to educate Philip’s heir and other sons of the governing military elite. Aristotle took the future Alexander the Great under his wing and thought he had imbued him with the highest ideals of Greece’s Golden Age, along with a healthy dose of hatred for Greece’s perennial foe, the mighty Persian Empire. While Alexander did acquire a thin veneer of what would come to be known as Hellenistic culture, he remained a brutal soldier-conqueror at heart. And the more he conquered, the more tyrannical he became. By the time he had overrun the entire Persian Empire he decided that, like his Persian predecessors, he would set himself up as an omnipotent god-king. Aristotle gradually realized that, far from shaping a Platonic philosopher-king, he had created an imperial Frankenstein fashioned out of supposedly enlightened philosophical body parts but driven by a megalomaniac, barbarian brain.

His disenchantment with Alexander was so widely known at the time that the latter’s greatest classical biographer, the talented Byzantine soldier-scholar Arrian, would state, “I am aware that much else has been written about Alexander’s death: for instance, that Antipater sent him some medicine which had been tampered with and that he took it, with fatal results. Aristotle is supposed to have made up this drug, because he was . . . afraid of Alexander.” Most modern historians have rejected the poison theory in general, and in particular the notion that Aristotle had a hand in his erstwhile pupil’s death, but the fact that it was even rumored is evidence that Aristotle’s break with Alexander was common knowledge.

Philosophers, savants, sages and, to use a relatively modern term, intellectuals have always been attracted by the secondhand power and material rewards to be gained by serving history’s real or self-declared men of destiny. Not to mention women of destiny: besides a highly remunerative friendship with King Frederick the Great of Prussia—which would eventually turn sour when Frederick learned that Voltaire described his editorial help with the king’s clumsy attempts at French poetry as washing the king’s dirty linen—Voltaire also wrote a number of flattering puff pieces on Russian themes for Catherine the Great. Needless to say, it paid very well.

As for Napoleon, in many ways the transitional figure between old-line “legitimate” royal patrons and self-made dictators, no one before or after charmed—and bankrolled—as large a claque of pedants, poets, painters, pamphleteers, composers and intellectual jacks-of-all trades than that first and greatest of all caudillos. As an obscure young officer entering a historical essay contest, Napoleon had poured scorn on Alexander the Great for his insatiable ambition and pride “which made him conquer and ravage the world” and ultimately pose as a god. Nevertheless, less than a decade later, Napoleon was invading Egypt in the hope of establishing a vast oriental empire of his own. Significantly, he included a detachment of subsidized scholars in his entourage. Besides studying and, where possible, swiping the antiquities they encountered, Napoleon’s savants were tasked with the job of glorifying his role as modern Alexander, even as the ill-fated expedition tottered toward catastrophe. Both Napoleon and some of his proto–public intellectuals beat an early retreat, leaving most of their comrades to face disaster alone and abandoned.

And that was only the beginning. Having established himself as first consul for life, Napoleon went on to declare himself emperor, commissioning miles of murals, piles of portraits and countless statues of himself, often depicted as a latter-day Alexander or Caesar Augustus. Many of the countless would-be Napoleons that followed would take a page from the Little Corsican’s playbook, mobilizing regime-subsidized scholars, artists and architects to create the pseudo-classic auras of Mussolini’s new Roman Empire, Hitler’s Third Reich and, of course, that second Garden of Eden, the Soviet Union, produced by Vladimir Lenin, directed by Joseph Stalin and based on the book by Karl Marx, self-declared intellectuals all.

THROUGH IT all runs a theme admirably encapsulated by a valued old acquaintance of mine, the late Robert Conquest. Hollander quotes Bob’s description of George Orwell. Orwell’s main concern, he wrote, “was the gullibility of the intelligentsia. How could so many educated minds believe all that fantasy and falsification?” It is, Hollander adds with admirable understatement, “an interest I share.”

And share it he does, in eight succinct sections: an introductory chapter on “Intellectuals and Politicians” is followed by “Mussolini, Fascism, and Intellectuals,” “Hitler, Nazism, and Intellectuals,” “Stalin, Rakosi, Soviet Communism, and Intellectuals,” “Western Intellectuals, Mao’s China, and Cambodia under Pol Pot,” “Castro, Che Guevara, and Their Western Admirers,” “Other Dictators and Their Admirers in More Recent Times” and “Conclusions: The Personal and the Political.” His structure is logical and flows gracefully. In sum, it amounts to a sorry catalogue of political seductions, of the willful suspension of disbelief on the part of intellectuals hungering for Promethean political hero figures and, equally important, an examination of where that hunger comes from and why it has resulted in so much massive, destructive self-deception.