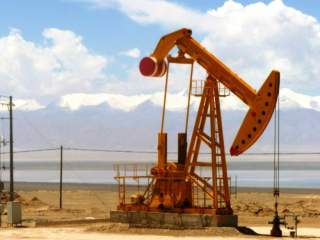 A variety of hypotheses have been offered to explain Beijing’s rapid buildup of several large runways on reefs in the southern part of the South China Sea. One analysis appearing in the Chinese naval magazine Modern Ships (现代舰船), the August B 2015 edition, published a translation of a Japanese report pitching the novel theory that these airstrips were necessary for Chinese bombers to strike Australia since US forces will be increasingly basing “down under.” A favorite explanation of most Western China-watchers, to be sure, is the notion that the Chinese government faces problems at home, including the slowing economy, and so is playing the Chinese nationalism card by taking a hardline approach to this maritime dispute.

Not to be forgotten, there is additionally the nuclear-strategy explanation (and I’m not referring to reports of mobile, ship-based nuclear-power plants that seems to me quite far-fetched), which holds that China’s nascent force of nuclear-armed “boomer” submarines requires a potent shield of ships and aircraft to cover their egress into the wider Pacific for deterrent patrols. A closely related argument to the so-called “bastion” explanation, suggest that Beijing seeks more generally to enhance its security by dominating the “near seas.” Then, there is the material explanation—that China simply covets the protein (fish) and hydrocarbons—from the contested sea area. That argument has never been particularly persuasive since the quantity of either fish or hydrocarbons to be gained would amount to a drop in the bucket compared to aggregate Chinese demand.

However, the material or economic explanation may make more sense if viewed in the wider context of China’s energy-security problem, encompassing the so-called “Malacca Dilemma.” Indeed, a report by China’s military in 2014 concluded: “The extremely high dependence on foreign [sources of supply] together with the single maritime route severely threatens our country’s energy import security …” [严重威胁着我国能源进口安全]. This is not the first time this column has drawn attention to concerns in Chinese military circles with respect to the security of the “’Indian Ocean—Malacca Strait—South China Sea’ maritime route” [印度洋—马六甲海峡—南中国海航线]. However, given major changes in the global energy market, it seems wise to reengage with Chinese perspectives on energy security. This Dragon Eye column, therefore, will focus on a late 2015 appraisal entitled “The New Global Energy Landscape and China’s Policy” that was published as a “national social science fund project” in the Chinese journal Northeast Asia Forum [东北亚论坛].

This analysis surveying the “new energy landscape” begins by discussing the reasons for energy prices reaching their apex in 2010–13, citing both the Arab Spring and also Japan’s nuclear disaster as providing simultaneous impetus to demand while constricting supply. A major reason for the 2014 oil-price collapse, according to this Chinese analysis, was the “U.S. shale oil and gas revolution” [美国页岩油气革命], and obviously OPEC’s reluctance to decrease production. Of course, slowing demand has also been a major factor, and this study directly cites China’s slowing rate of oil demand growth in recent years. Overall, this analysis emphasizes the tendency of “production centers moving west and consumption centers moving east” [生产中心西移,消费中心东移]. Perhaps some Chinese jealousy is evident in the authors’ description of the American shale oil/gas revolution as a “US successful ‘counterattack’” [美国成功’逆袭’] that forms a significant part of the new energy landscape.

The authors warn somewhat ominously that oil and gas has become a political tool and even a “weapon” [武器] in the struggle among the great powers. Interestingly, however, the analysis emphasizes an emerging “power vacuum” [权力真空] in the Middle East due to Washington’s continuous reducing of its role there. Iran’s rise as a possible “new hegemon” has sparked an intense struggle and these analysts view Saudi Arabia’s principle goal in severely depressing oil prices is to reduce the influence of Iran (and also Iraq). Of course, they also identify the growing price war between Saudi and US oil producers and highlight the new “rift” [罅隙] between Riyadh and Washington. Another major feature of the new energy landscape, according to this Chinese analysis, is that Russia is leaning eastward. The authors discuss projects that may allow export of US liquefied natural gas (LNG) to Europe in order to reduce dependence on Moscow. At the same time, they underscore the major importance of the thirty-year gas export agreement signed in 2014 between China and Russia as an example of the significant opportunities presented to the Middle Kingdom by the new energy landscape.

In the final reckoning, this analysis seems to present Beijing as a kind of “kid in the candy store,” as it grapples with the meaning of very low prices of fossil fuels for the foreseeable future. While undoubtedly bad news for environmentalists, of course, the point is made emphatically that the dragon remains very thirsty for oil and gas despite a slowing economy, accounting as it does for about 22 percent of total world energy consumption, according to this study. Also noted in this report is that 59.5 percent of oil and gas consumed in China in 2014 was imported from overseas. In addition to helping cement ties between Beijing and Moscow, the Middle East is identified as a region of continuing vital importance to China. In order to further develop China’s ties with Arab countries in the context of the “one belt, one road” [中阿共建一带一路] strategy, initiatives involving trade, investment, nuclear power, “new energy” and space satellites are to follow the lead after the major initiatives in oil and gas in a so-called “1+2+3” cooperative structure.

Interestingly, a similar emphasis in the conclusion is placed on Chinese efforts to buy stakes in North American shale gas and oil operations, including Chesapeake, Syncrude, and also Nexen. The authors note Chinese concern regarding politicization of these acquisitions and observe that it is difficult to gain public trust in these settings. However, they counsel against a strategy of “quiet acquisitions” [默默地买卖] and instead argue that Beijing needs an “open and transparent” energy strategy.

One striking aspect of the Chinese analysis discussed above is that it is relatively innocuous. There is no mention in the entire article of the so-called “Malacca Dilemma,” [马六甲困局] nor any link between China’s energy strategy and its naval buildup. On that point, it is interesting to note that rising academic strategist Prof. Hu Bo of Peking University wrote in 2015 that protecting China’s sea-borne energy imports is not a “secondary priority” [次重要] or “important” [重要] for Beijing, but rather now represents a “core interest” [核心利益] for China on par with unification with Taiwan. So it seems from these writings that Chinese specialists continue to debate among hawks and doves with respect to China’s energy strategy and its national-security implications. Washington may wish to act prudently and thus avoid tilting this crucial debate in Beijing in a bellicose direction.