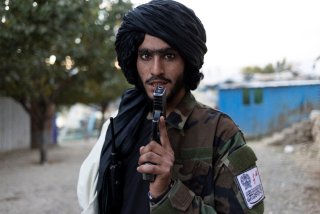 KABUL, Afghanistan—The Taliban, officially termed the Islamic Emirate of Afghanistan, went from an insurgency to a self-declared state in a matter of moments when they entered the abandoned presidential palace five months ago.

The leadership immediately professed to have changed from their brutal rule of the 1990s in a desperate attempt to obtain recognition and foreign aid. However, it is clear that some unsettling elements are unlikely to change.

On the fringes of Kabul, tucked away inside a nondescript kindergarten, sits the shadowy Badri Special Forces.

Soon after the takeover, the building, adorned with faded pink walls, a play area for children, and soiled stuffed toys, became a suicide school. According to Hafiz, most people want to become a “martyr,” but the selection process is based on pre-requisites, such as completing a “special action” beforehand. 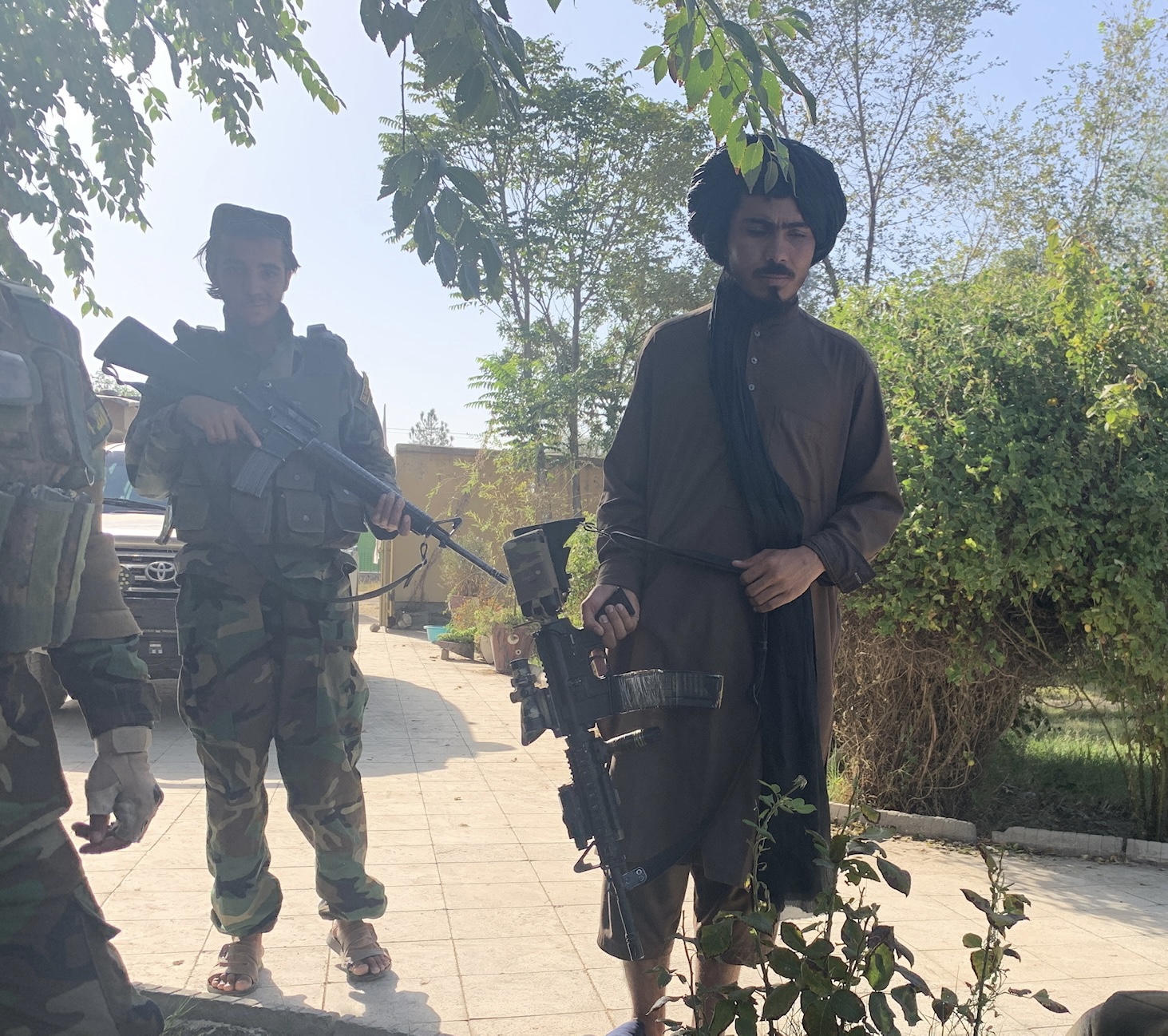 Taliban fighters stand outside the suicide bombing school near Kabul.

His comrade Qari Omadi Abdullah says recruits come “begging and crying” to be chosen for training to wear the deadly vest. It is said that the training process lasts around two months and concentrates on intense religious doctrine to prepare them for the afterlife and ensure they can accomplish the life-severing mission. Further physical training is conducted to understand explosives and ensure that the endeavor is carried out at the right time, undetected.

Despite their transformation from an insurgency into a government charged with caring for a country of 38 million, suicide bombing remains a key strategy for the Taliban. After assuming power on August 15, the Taliban posted a picture of one of their Istish-haadi squads, displaying their vests, bombs, and improvised explosive devices on social media.

After all, the Taliban no longer needs to keep its suicide endeavors—and training schools—hidden deep in the mountains or in pockets across the Pakistani border.

During the war, they claimed suicide attacks only targeted the military, but the facts and figures prove otherwise. The crossfire has caught countless civilians over the years. Over the course of the war, scores of Afghans and some Americans were killed by suicide attacks everywhere, from outside NATO headquarters in Kabul to police stations and checkpoints to the Ministry of Defense and Shia neighborhoods across the country.

Despite being used in war for decades, suicide bombings are a surprisingly new tactic for the Taliban. Although they became particularly prevalent after the NATO drawdown at the end of 2014, the first such attack on Afghan soil is believed to have occurred on September 9, 2001, and was carried out by foreign Al Qaeda members who conveniently assassinated Ahmad Shah Massoud in the twilight of September 11. As a close ally of the United States, the Northern Alliance leader would have been a powerful figure for Washington after 9/11.

In terms of the Taliban, the first suicide bombing was carried out in 2003 after Osama bin Laden mandated “martyrdom operations” in a video to his legion of followers, opening the floodgates to such attacks.

Over the years, suicide missions intensified, and the group soon clocked up the most suicide bombings of any organization worldwide.

Almost all of the Taliban’s armed units have a wing for those who are ready and capable of doing the duty at any moment should they be needed. In particular, the elusive Haqqani Network has been deemed the most successful, carrying out hundreds of such attacks throughout the U.S. occupation. The U.S.-designated terrorist group now holds several key positions within the government, including the powerful position of minister of interior.

“They will not blow themselves upon us,” boasts Akif Mohajer, the thirty-two-year-old longtime Taliban member and spokesperson for the Ministry of the Prevention of Vice and Propagation of Virtue. “They are part of the Special Forces. If anyone or any country tries to move against our interests, they will be used.”

While the Taliban once used the tactic primarily against members of now-defunct Afghan National Forces, they now seek to use it against their rival ISIS-K, colloquially known as the Daesh.

“We provide them with all the equipment and facilities used in developed countries,” he continues breezily. “Earlier, we did the training anywhere, but since our takeover, we have facilities that the former government used.”

Of the dozens and dozens of Taliban members I have encountered—from the highest echelons to the lowest foot fighter—there is not a single one that dismisses such “martyrdom.” The passion for the maneuver will likely remain in full force as a warning to anyone who dares contemplate encroaching on their terrain. As opposed to the rhetoric I often hear from ISIS fighters speaking of seventy-two virgins and flowing rivers of wine, Taliban soldiers speak of a less fanciful, yet no less aspirational, quest for paradise.

In many ways, the emirate has sent the message that its dedication to the cause is what makes it strong, and that its internationally illegal practice is a response to the West’s well-grounded and expensive military capabilities and technology. 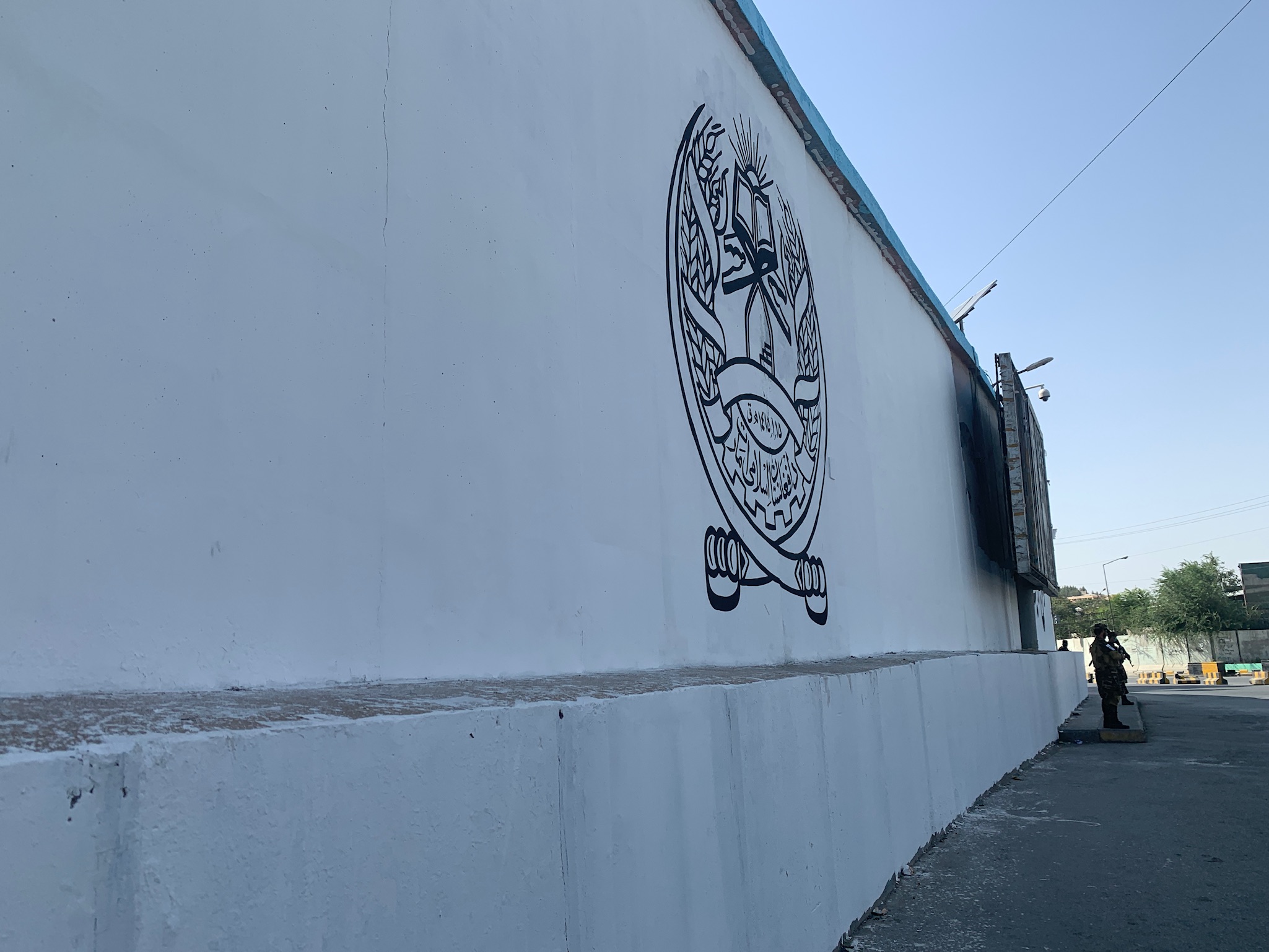 The Islamic Emirate of Afghanistan’s flag is painted on the former U.S. Embassy building.

“The greatest thing about the Supreme Leader is that he gave his son,” a Taliban guard stationed in Kandahar tells me of Afghanistan’s highest authority and his own former madrassa teacher, Haibatullah Akhundzada. “His son performed a suicide mission years ago in Helmand.”

It remains to be seen if the Taliban will continue to use children as bombers, but all arrows indicate that minors are still a military mainstay.

Although some Taliban forces, such as the Badri commanders, insist selected bombers are typically over the age of twenty, numerous suicide pursuits have been undertaken by minors throughout their insurgency.

Afghanistan’s streets are now swarming with Taliban foot soldiers who are no longer confined to rugged mountains or remote madrassas. They freely patrol bustling markets, mosques, checkpoints, and restaurants. It is common for people to have no idea when they were born, and if asked, they typically offer a range of possible ages.

The former insurgency has long been known to pad its ranks with children—deemed an international war crime. Although the Taliban is now the nation’s dominant power, it appears they will not prevent minors from joining their ranks.

“They have to be able to grow a beard,” insists Mawlawi Hayat Khan, forty-nine, the reigning imam at Taliban founder Mullah Mohammad Omar’s mosque in Sange Saar, Kandahar. 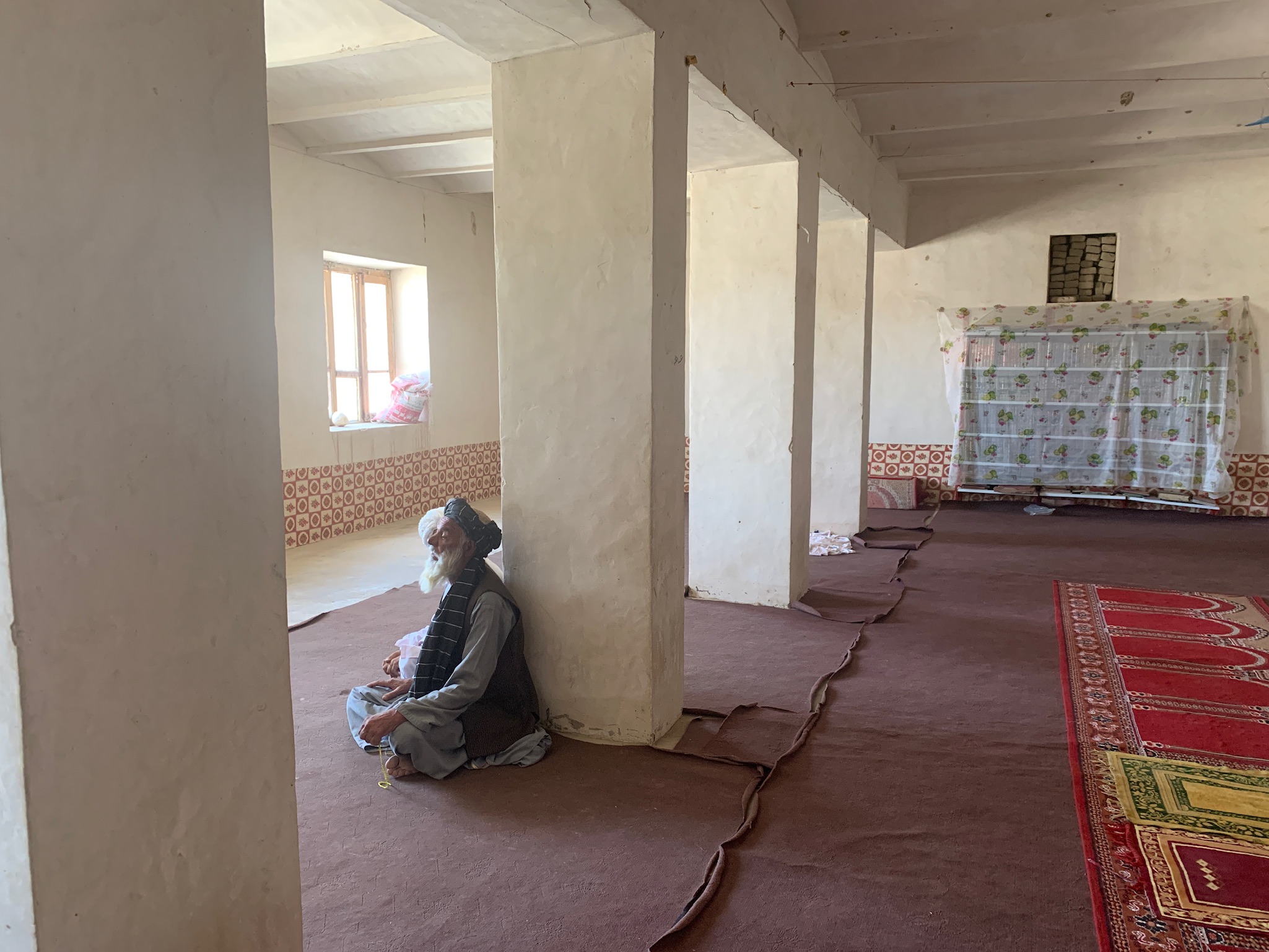 An elder sits inside Mullah Omar’s mosque in Kandahar.

Mawlawi Noor Ahmad Sayeed, the Taliban’s newly appointed director of information and culture in Kandahar, asserts that “recruitment is based on the beard.”

“Men normally grow beards between the ages of fifteen to nineteen,” he explains. “But a good beard can be grown when a man is eighteen years old, and that is a normal age for a soldier to be recruited.”

The Paris Principles on the Involvement of Children in Armed Conflict define a child soldier as any person under the age of eighteen who is used by any armed group or force in any capacity—such as a spy, cook, driver, guard, or a spoil of war.

Haji Abdul Haq Akhond Hamkar, the deputy director for counter narcotics under the Ministry of the Interior, concurs they follow Islamic Law, meaning the recruit “should be eligible for a full beard” and that they have no “set age.”

Almost every Taliban fighter you meet has been with the group for several years, and of the dozens I have interviewed, most have said they presumably joined under the age of eighteen.

“Afghanistan is an Islamic country, and we stand against any invasion,” stresses Hamas, who carries an AK-47 around a blistered former Afghan Army Base in Logar. He wants his son—now three—to also “serve Islam by any means.”

He says he is around twenty-five and joined the Taliban about thirteen years ago, bringing a rebuke from his watchful commander, who suggests he may be closer to thirty years of age.

And Qudratullah Omar Anas, a Kabul-based Talib, says he is eighteen years old and took up arms five years ago.

“It was part of my bloodline—from my grandparents to my parents, and all my four brothers are mujahadeen,” he continues. “I want to fight until all Muslim communities live in peace—Syria, Palestine, and others.”

Afghan children were known to have been enlisted from madrasas and exploited by the Taliban for decades, not just to sell weapons on the battlefield, but also to plant explosive devices and provide intelligence about U.S. troops and Afghan government forces.

High-ranking Taliban intelligence officials acknowledged that the beard remains the mandate, even though it runs counter to international norms and standards. Locals point out that age in Afghanistan is frequently determined by signs of puberty given the low track record of accurate birth registrations, leading to inaccurate or falsified documents.

Taliban spokesperson Bilal Karami, who joined the movement as a teenager when he attended Mullah Omar’s Kandahar mosque in 1994, said that there is no “official age for joining” and they are working on establishing a process for public recruitment.