China’s ‘Food Weapon’ in a Time of Commodity Scarcity 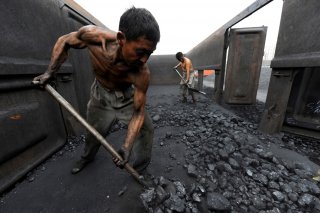 The Great Grain Robbery only got its name years later. At the time, in the summer of 1972, American policymakers did not even know they had been robbed.

In a remarkable feat of centralized and coordinated commodity purchasing, Soviet traders made off with enormous quantities of American grain at bargain prices. They bought a record number of bushels from American exporters at artificially low prices, subsidized by the U.S. government, in secret.

The episode ignited a détente-era debate about “agripower,” “petropower,” and the “food weapon.” Academics began to study whether states could reliably use domestic commodity markets to tip the balance of great power rivalry in their favor—the so-called “food weapon.” They worried that this incident proved the Soviet Union could exploit other asymmetric advantages of its economic system too. And they wondered whether the United States could retaliate in kind.

But the “food weapon” turned out to be a wayward tool. States would struggle to wield commodity markets for strategic ends. For the United States in particular, coordinating its commodity market would “exceed the legal capabilities of the U.S. government.” America did not “enjoy discretionary control over food resources” and had “no single entity to channel food exports.”

Cold war commodity reserves were impotent arsenals. Wielding them strategically was beyond the power of Soviet or American policymakers—legally, politically, and logistically. The question now is whether China’s commodity market is subject to similar constraints in a new round of great power competition.

None of the constraints that convinced academics of the futility of the “food weapon” in the late 1970s inhibit China today. Instead, the three main features of China’s commodity market—its enormous scale, its strategic steering, and its supervisory capacity—mean China can use the power of its market in ways that exceeded twentieth-century American or Soviet capability.

China is the world’s largest producer, consumer, or exporter of many of the most traded global commodities. Efforts to piece together the precise contents of China’s stockpile, using purchase receipts and trade group estimates, paint an incomplete picture.

China does not just acquire to consume. Huge purchases, memorialized in headline transactions, belie a strategic rationale. By assessing the contents of China’s strategic commodity stockpile, one can glean three strategic objectives.

The first objective is to lead a coordinated buying strategy that fills this strategic stockpile. State-run commodity buyers, like agri-giant Cofco, execute many of the trades that fill these reserves. This coordination extends to the most critical commodities imaginable. China recently merged three rare earth mining companies into one state-owned conglomerate, which will now manage 40 percent of the global supply of medium and heavy rare earths.

The second objective is to construct more reserves to grow this stockpile. China’s most recent Five-Year Plan memorializes this imperative. The plan, which charts China’s economic course through 2025, specifically articulates the need for new reserve storage capacity to meet aspirations for a more self-sufficient domestic economy.

The third objective is to supervise the market forces that threaten the power of the strategic stockpile. If the size of China’s market enables its commodity traders to have global sway, and the top-down management of the stockpile augments that buying power, regulatory supervision works to ensure it strives for state goals.

Together, the presence of these three features in China’s commodity market—size, steering, and supervision—reignite fears of a “food weapon,” especially as China attempts to brute-force its way through bumps in the commodity market.

This fall, with food, energy, and metal prices at decade highs, regulators at the National Development and Reserve Commission, chaired by a close ally of Xi Jinping, received marching orders from China’s State Council: “screen abnormal transactions and malicious speculations.” These regulators assessed that iron ore and coal prices were “completely divorced from realities of supply and demand,” so they summoned coal companies and delegated energy production to state-owned enterprises instead. To control the skyrocketing price of coal, the same regulators capped the coal price at half the market rate and rolled out onerous fees for speculative trading—ultimately contributing to ongoing supply chain shortages.

The twentieth century’s constraints on the “food weapon” do not exist in Beijing, a fact that is likely to encourage its deployment. However, the same features that give China’s commodity market a degree of international influence—size, steering, and supervision—will increase the costs of wielding the “food weapon.” Ultimately, using crackdowns as temporary market corrective will yield new distortions, new regulatory intervention, and more nonmarket outcomes.

Christopher Vassallo is a contributing writer for The National Interest and a junior fellow of the Center for the National Interest’s China and the Pacific program. He is a former Schwarzman Scholar and researcher at the Asia Society Policy Institute and Harvard’s Belfer Center. His Twitter handle is @VassalloCMV.