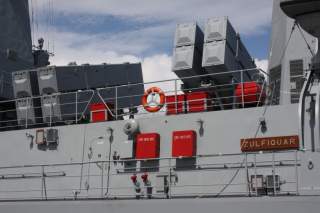 The People’s Republic of China’s (PRC) numerous, increasingly advanced cruise missiles have attracted far less attention than its ballistic missiles—yet their impact on regional security, deterrence, and potential military operations may be similar in magnitude. Meanwhile, the U.S. Navy has limited itself severely in both the type and quantity of its own anti-ship cruise missiles (ASCMs). It is therefore simply amazing that such a formidable set of weapons has generated so little open source analysis; indeed that may be precisely part of its appeal for China. This article attempts to rectify this surprising foreign neglect by surveying PRC cruise missile programs and their implications for broader People’s Liberation Army (PLA) capabilities, especially in a Taiwan scenario—although they can also have significant impact elsewhere on China’s increasingly contested maritime periphery.

China’s military modernization is focused on building modern ground, naval, air, and missile forces capable of fighting and winning local wars under “informatized conditions.” The principal planning scenario is a military campaign against Taiwan, which would require the PLA to deter or defeat an intervention by the United States. The PLA has sought to acquire asymmetric “assassin’s mace” technologies and systems to overcome a technologically and numerically superior adversary and couple them to the command, control, communications, computers, intelligence, surveillance, and reconnaissance (C4ISR) systems necessary for swift and precise execution of short-duration, high-intensity wards. A key element of the PLA’s investment in anti-access/area-denial (A2/AD) capabilities is the development and deployment of large numbers of highly accurate anti-ship cruise missiles (ASCMs) and land-attack cruise missiles (LACMs) on a wide range of ground, air, and naval platforms. Chinese sources assert that LACMs enable the PLA to reach targets as far as away as Guam, Darwin, and Diego Garcia. China’s growing arsenal of cruise missiles and the delivery platforms and C4ISR systems necessary to employ them pose a pressing defense challenge, and to a lesser degree a nonproliferation challenge, for the United States and its regional partners. This is part of a larger challenge: as the 2014 Quadrennial Defense Review (QDR) emphasizes, “Growing numbers of accurate conventional ballistic and cruise missile threats represent an additional, cost-imposing challenge to U.S. and partner naval forces and land installations.”

Cruise missiles are versatile military tools due to their potential use for precision conventional strike missions and the wide range of employment options. Modern cruise missiles offer land, naval, and air launch options, allowing a “two-stage” form of delivery that extends a missile’s already substantial range. They may also be placed in canisters for extended deployments in harsh environments. Because cruise missiles are compact and have limited support requirements, ground-based platforms can be highly mobile, contributing to prelaunch survivability. Moreover, cruise missiles need only rudimentary launch-pad stability, enabling shoot-and-scoot tactics. Some potential combination of supersonic speed, small radar signature, and earth-hugging flight profiles can enable cruise missiles to stress naval and ground-based air defense systems as well as airborne surveillance and tracking radars, increasing the likelihood that they will successfully penetrate defenses. Employed in salvos, perhaps in tandem with ballistic missiles, cruise missiles could saturate defenses with large numbers arriving at a specific target in a short time. Optimal employment of cruise missiles requires accurate and timely intelligence; survivable delivery platforms; mission planning and command, control, and communications systems; and the accurate means of damage assessment.

Understandably, Chinese analysts pay close attention to global and regional development and deployment of cruise missiles, especially in countries such as the United States. A recent assessment notes that due to sequestration, the Pentagon postponed R&D and procurement of new-generation of cruise missiles; instead, modification and upgrading of existing systems will enhance their capabilities and therefore help the U.S. maintain global dominance. A recent RAND report proposing, perhaps optimistically, that the U.S. deploy anti-ship cruise missiles in key Western Pacific choke points and maximize A2/AD capabilities with allies to confine the PLAN within the first island chain has received widespread attention in China.

Like other nations, China has come to regard ASCMs as an increasingly potent means of shaping the outcome of military conflicts. China has developed its own advanced, highly capable ASCMs (the YJ series) while also importing Russian supersonic ASCMs, which have no operational Western equivalents. China is capable of launching its ASCMs from land, aircraft, ships, and submarines, providing redundant multi-axis means of massing offensive firepower against targets at sea (or at least against their predicted locations). Virtually every new surface ship and conventionally powered submarine in the People’s Liberation Army Navy (PLAN) can launch ASCMs, allowing these platforms to serve as what Naval War College professor William Murray terms “aquatic TELs” (Transporter-Erector-Launchers). PLAN training has become more diverse and realistic in recent years with increasing focus on cruise missile operations.

Beijing has furnished its ASCMs with improved guidance and has started to implement satellite navigation capabilities. Still, over-the-horizon (OTH) targeting remains a challenge. Chinese researchers are studying how to best overcome Aegis defenses and target adversary vulnerabilities. ASCMs are increasingly poised to challenge U.S. surface vessels, especially in situations where the quantity of missiles fired can overwhelm Aegis air defense systems through saturation and multi-axis tactics. More advanced future Chinese aircraft carriers might be used to bring ASCM- and LACM-capable aircraft within range of U.S. targets. A consistent theme in Chinese writings is that China’s ships are themselves vulnerable to cruise missile attack. But Beijing appears to believe it can compensate by further developing its ability to threaten enemy warships with large volumes of fire.

China has deployed two subsonic LACMs, the air-launched YJ-63 with a range of 200 km and the 1,500+ km-range ground-launched DH-10. Both systems benefited from ample technical assistance from foreign sources, primarily the Soviet Union/Russia. The first-generation YJ-63 employs a fair weather electro-optic seeker with man-in-the-loop steering via data link. The second-generation DH-10 has a GPS/inertial guidance system but may also use terrain contour mapping for redundant midcourse guidance and a digital scene-matching sensor to permit an accuracy of 10 m. Development of the Chinese Beidou/Compass navigation-positioning satellite network is partly intended to eliminate dependence on the U.S. GPS for guidance. Beijing has purchased foreign systems and assistance to complement its own indigenous LACM efforts. It has received Harpy anti-radiation drones with standoff ranges of 400 km or more from Israel. China might even possess the Russian Klub 3M-14E  SS-NX-30 LACM, which can be launched from PLAN Project 636M Kilo-class submarines and deliver a 400-kg warhead to a range of 300 km. Time and dedicated effort will increase the PLA’s ability to employ LACMs even in challenging combined-arms military campaigns.

While current DH-10 ground-launch cruise missiles and YJ-63 air-launched systems would be largely constrained to focus on a Taiwan contingency, there are strong signs that China wishes to expand its cruise missile ambitions to include both air-launched and ship-launched LACMs. An air-launched version of the DH-10, the “CJ-10,” has reportedly been test launched from the new H-6K bomber, which can carry four CJ-10 LACMs externally. On such critical parameters as range and CEP, CJ-10 reportedly matches those of the Block-IV Tomahawk. Chinese media suggest that H-6K bombers can fire CJ-10 LACM salvos on Japanese military targets, thereby offering strategic deterrence. Some Chinese sources even contend that a nuclear-capable “CJ-20” LACM variant remains under development and will also be carried by the H-6K.

A Chinese navy test vessel has recently experimented with on-deck canister launchers that likely contain either YJ-18 ASCMs or DH-10 LACMs for at-sea testing. Although most PLAN surface combatants have a limited capacity of eight-to-sixteen canister launchers—meaning tradeoffs between ASCMs and LACMs—China’s apparent interest in a sea-launched DH-10 strongly suggest that future PLAN destroyers, such as the new Type 052D, will likely be equipped with a new vertical launching system with a greater capacity to carry both ASCMs and LACMs. Already, YJ-18 launchers could replace YJ-62 launchers aboard the Type 052C. Should China add large numbers of air- and sea-launched LACMs to its already substantial inventory of ground-launched cruise missiles, it would significantly extend the range of the PLA’s capacity to employ LACMs to deal with contingencies beyond Taiwan and the rest of its immediate maritime periphery.

Potential Employment in a Taiwan Scenario

Chinese ASCMs and LACMs could be used in conjunction with other A2/AD capabilities to attack U.S. naval forces and bases that would be critical for U.S. efforts to respond to a mainland Chinese attack on Taiwan. While cross-Strait relations are relatively stable at present, Beijing worries that that could change, and in any case wants to deter independence in peacetime by threatening unacceptable costs. Operating in tandem with China’s huge inventory of conventionally armed ballistic missiles, LACMs could severely complicate Taiwan’s ability to use its air force to thwart Chinese attack options. Chinese military planners view LACMs as particularly effective against targets requiring great accuracy (for example, airfield hangars and command and control facilities). They also view large-salvo attacks by LACMs and ballistic missiles as the best means to overwhelm enemy missile defenses. Chinese planners emphasize the shock and paralytic effects of combined ballistic and LACM attacks against enemy airbases, which could greatly increase the effectiveness of follow-on aircraft strikes. China currently has 255–305 ballistic missile and LACM launchers within range of Taiwan, which are capable of delivering sustained pulses of firepower against a number of critical airfields, missile defense sites, early warning radars, command and control facilities, logistical storage sites, and critical civilian infrastructure such as electrical distribution. This could impact not only Taiwan itself, but also U.S. and/or Japanese forces if they attempted to defend the island.