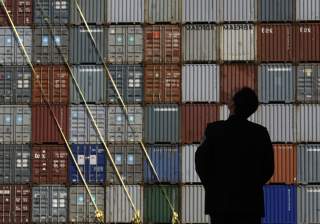 The year 2018 marks the fortieth anniversary of China’s “reform and opening up.” In the past four decades, China’s program of economic reforms has seen its ups and downs. Indeed, China has experienced two waves of liberalization, each followed by a wave of retrenchment.

The second wave of reform lasted from 1992 to 2012. It was characterized by the legalization of the market economy, China’s accession to the WTO, and a booming private sector. Many have argued that, since 2012, China has been experiencing another wave of retrenchment. That wave is defined by a shift towards the left in the ideological realm, the anti-corruption campaign, strengthening of party leadership, and advancement of the nation and retrenchment of the private sector.

The question is will China continue to retrench? The answer is no. China is likely to return to the path of reform in the next one to two years.

Deng Xiaoping set the boundary of ideological debates during the era of China’s reform and opening up in 1986. On the one hand, Deng decided to tone down the high-profile promotion of communist ideals. Instead, Deng emphasized that achieving the communist ideals would require tens of generations of effort to achieve. It was more important to focus on the economy instead of communism for the time being. On the other hand, Deng insisted that the Chinese Communist Party (CCP) would continue to oppose bourgeois liberalization for at least another thirty years.

After 1986, the boundaries of ideological debates in China fell within these two demarcations on the right and the left. Rightists wanted to promote the market economy and the private sector in China, while leftists insisted on CCP leadership.

Since 2012, China’s new leadership repeatedly emphasized the importance for the CCP of not forgetting its original mandate. Communist idealism, after sustained and high-profile promotion, has been awaken from its slumber. At the same time, the current leadership has also restricted the political space open for liberals in China. The current administration has therefore exceeded the left demarcation of China’s ideological landscape set by Deng.

To be sure, the current administration’s rhetoric is not all about Communist ideals. The CCP issued two central plenary session decisions in 2013 and 2014. The former decision emphasized the importance of augmenting China’s market economy, while the latter underscored the importance of promoting the rule of law and rule of the constitution in China. These decisions exceeded the right demarcation of China’s ideological landscape set by Deng.

In practice, however, China has turned to the left in the past two to three years.

The Anti-Corruption Campaign: A Necessity

Deng’s reform and opening up led to economic growth, but it also caused a lot of problems. The first was income inequality, the second was rampant corruption.

The Hu-Wen administration addressed the income inequality problem by building a social security system and eliminating agricultural tax. China under Xi now tries to deal with corruption, and an ideological shift towards the left helps with this enterprise.

In 2012, hatred of corrupt government officials and the rich had reached dangerous levels. A spark at that time could have led to a wildfire; the probability of popular revolt was high, which threatened regime stability. The anti-corruption campaign could reduce the risk of popular revolt in the short run.

The Side Effects of the Anti-Corruption Campaign

Despite its necessity, the anti-corruption campaign has had two side effects.

First, the price of liberty has increased in China today. Coming from a totalitarian political system during the Maoist era, there was very little economic liberty in China. The CCP leadership promised reform and opening up, but that was only the general direction. In reality, breakthroughs in economic liberalization required many shady deals under the table.

Bribery is the ransom that people pay for their liberty. Furthermore, capital will often purchase political protection and special privileges through bribery. These transactions led to a hatred of corrupt government officials and the rich.

The anti-corruption campaign, therefore, helped reduce people’s anger towards government officials and the capitalists. But it also increased the price of economic liberty in China, and it negatively influenced economic growth.

In brief, one key side effect of the anti-corruption campaign is that the two most important actors in the Chinese economy, entrepreneurs and local government officials, are scared.

The anti-corruption campaign today is similar to a political movement. It is large in scale, very efficient, but it does not always respect the rule of law. Since 2012, more than four hundred high-level government officials have been targeted.

China’s cadre class is a massive interest group that benefited handsomely from economic growth. But now they are in danger. This could make them more interested in China having a constitutional system, rule of law, and checks and balances.

Furthermore, the anti-corruption campaign has undermined CCP collective leadership. Xi is an honest official, but many people from CCP’s top echelon have issues. Lessons from history suggest that this could give a top leader the leverage to dominate and blackmail other elites.

Sino-American Relations, the Trump Trade War, and Pressure on the Chinese System

For China, Sino-American relations are characterized by duality. On the one hand, there is the need for cooperation with the United States, which is imperative for developing China’s market economy. On the other hand, there is resistance, dictated by the need to defend China’s political system and the CCP leadership. The Western political system is very attractive for many in China, and therefore extremely threatening for China’s one-party system. Therefore, the CCP must denigrate the West. This is the broader context that undergirds the current trade war and Sino-American frictions more generally.

Furthermore, the prices of factors of production, such as labor and land, have increased significantly in recent years. The overall cost of running a business in China has approached that of the United States. To keep China competitive, it is therefore imperative to reduce the political transaction costs facing Chinese businesses by pursuing policies such as improving property rights, reducing political risks, and reducing monopolies. Put differently, for China’s economy to continue to expand, it is imperative to pursue institutional reform.

The trade war initiated by Donald Trump has generated additional pressure for China’s system of political economy. The United States demands for fairer trade with China primarily targeted the monopolies and special privileges enjoyed by state-owned enterprises. In this sense, the trade war exerts the most pressure on China’s state sector and the Chinese state that seeks to promote state-owned enterprises.

In brief, the trade war has generated additional pressure for China to return to Deng’s policies and political lines—if not pursue some political liberalization in order to restore the confidence of both domestic and international capitals in China. If this is the case, then entrepreneurs and consumers in China may become the largest beneficiaries of the Trump trade war.

There are three ways in which the second wave of retrenchment might end and prompt China to return to the path of reform and liberalization.