The China Challenge Continues to Mount 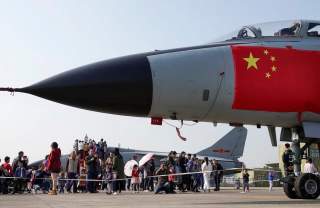 While aware that China suppresses freedom of expression within its borders and territories, we are rarely privy to how Beijing’s propaganda keeps its citizenry acquiescent. Adopting Orwell’s 1984’s Newspeak the Chinese Communist Party’s (CCP) state-run media projects an image of a superior society with even greater safety and freedoms than in the west.

Beijing’s claims of greater safety are boosted when international headlines tell of multiple mass shootings of children in the USA.

The reality though is just as gruesome within its borders; Attack at School in China Leaves at Least 8 Children Dead.

For many reasons, American atrocities lead headlines even when the likes of the New York Times recently offered counterbalance: “Since 2018, there have been attacks on schools in Shaanxi Province, Hunan Province and in the cities of Shanghai, Beijing and Chongqing. But the authorities often play down news coverage of such violence out of concern for the potential to threaten social stability.”

China also has tripled the traffic-related deaths over the Americas as the World Health Organisation (WHO) reported; with 104 vs 33 deaths per 100,000 people respectively. Also, with “traditional” values and inadequate laws and enforcement, there are likely higher levels of unreported domestic violence among China’s families.

The obscured reality is that CCP governance does not provide more safety than western nations.

When it comes to the second claim of more freedom, much-publicized rights violations are occurring; from the steady erosion of rights in Hong Kong, to Big Brother-like control with its Great Firewall for the internet and new digital apps, to forced detention of up to two million Uyghurs in Newspeak cognatic “Vocational Education and Training Centers” human rights violations are becoming more ubiquitous and severe.

Uyghur incarceration to these de facto internment camps is justified as a panacea to the July 2009 Ürümqi riots. The uprising was in retaliation to suppression of freedoms by the state, Han immigrant domination of the economy to suppress Uyghurs economically and sparked by the Shaoguan incident in southern China several days earlier, where at least two Uyghurs had been killed.

Most grievous, the Vocational Education and Training Centers are composed of razor wire and bars, provide forced sterilizations of women, and permanent disappearances of entire families. Internment is fostered by the all-data-gathering state-endorsed WeChat messaging service cell phone app. With its multi-purpose capabilities incorporated into necessary daily life WeChat is used daily by over 902 million Chinese.

When western democracies condemn China’s human rights practices the CCP counters with bluster abroad and repudiation at home, for an autocracy must occupy the rarefied air of superiority to sustain acquiescence.

The CCP’s retaliation at home was swift and unambiguous. Massive NBA banners were torn down from stadium exteriors in daylight, and CCTV’s (China Central Television) blackout out of anticipated NBA entertainment expectations could not be concealed from millions by an Oz-like Media Wizard.

To justify conspicuities like these Beijing adopts Orwell’s 1984 Newspeak for justification. Rarely reported outside China, as in the following translation, is how Beijing projects righteousness within its borders. This time by the state-run Xinhua News Agency via Sina.com: “It can be seen that there is no so-called freedom of speech in the United States. In fact, in the United States, gender, ethnicity, and religious discrimination are untouchable forbidden places, including, of course, public order.”

CCP doublespeak is common though and often comes directly from its Chairman Xi Jinping. As evidenced in 2015 when Reuters published Xi’s response to President Obama’s South China Seas (SCS) concerns: “Relevant construction activity that China is undertaking in the Nansha Islands… there is no intention to militarize,” using the Chinese name for the disputed Spratly archipelago.

There are now four strategically located former atolls that have been transformed into military airbases. All done against the wishes of peaceful nations within close proximity and holding historical claims to the surrounding waters.

While these new bases are far-flung from mainland China, the one-third—$5.3 trillion worth—of all global maritime trade shipped through the region annually is concerningly near and dear to CCP territorial ambitions. Furthermore, a state-owned oil company estimates the SCS has riches of 125 billion barrels of oil and 500 trillion cubic feet of natural gas to be gained.

Recently China’s influence has navigated from the geographic to the geopolitical.  At the United Nations, Britain, Australia, Canada, France, Germany, Japan, the Netherlands, the United States, New Zealand, Norway and Sweden among 23 states called; on the Chinese government to uphold its national laws and international obligations and commitments to respect human rights, including freedom of religion or belief, in Xinjiang and across China, as described by Reuters. Beijing had to respond, so Belarus’ U.N. Ambassador Valentin Rybakov addressed the General Assembly rights committee on behalf of China and 52 other countries, including; Pakistan, Russia, Egypt, Bolivia, Democratic Republic of Congo and Serbia, all nations censured for abuses in Human Rights Watch’s 2019 Report, to condone China’s rights violations.

Looking forward, could some of these countries along China’s Belt and Road initiative also adopt the “Vocational Education and Training Center” model to erase their “troublesome” minority populations, furthering Beijing’s sway abroad?

With the CCP’s expanding leverage, economic and otherwise, a conundrum arises. What should or can the West do to ensure the maintenance of peace, the security of borders, and world trade with the rise of Xi’s China?

Affecting change from within China is challenging. China’s Great Firewall shields the worldwide web’s influence and state-controlled media feeds the CCP’s Orwellian narrative. Should individuals cross the ever drifting censorship line online, on their cloistered social media or otherwise, severe consequences Are often meted out to the individual or their family, whether articulated within China or abroad. And with eyes and ears of state managing phones and apps, utilized by all, obedience to oppressive CCP style governance is won and maintained.

There have been many adventurous predictions of China’s pending economic collapse over the past two decades. As observed by TIME: “CCP legitimacy has been inextricably linked to economic growth and raising the living standards of the Chinese people.” Would economic downfall spark an uprising to overthrow the CCP, just as Mao inspired overthrow of the KMT Nationalists in the late 1940s?

Or must the West grin and bear this current version of China and hope for the best?

Wayne Pajunen is a consultant, writer and former political aide at Canada’s House of Commons.