Is China Changing the Postwar Consensus or Enhancing It? 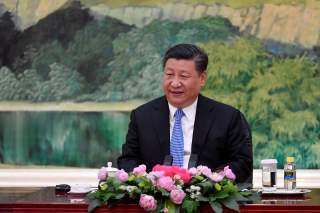 America’s apparent retreat from championing globalization, along with its lesser enthusiasm to sustain the postwar economic and security architectures that it helped establish and lead, has created openings for China, as the world’s number two, to take on greater international responsibilities consequent with its rise. Against this backdrop, leadership transition and political developments in China has become closely watched events by an international community eager to find clues on future policy directions China may take. Will China become bolder in taking greater regional and global commitments as its pronouncements and actions suggest? Or will it be more cautious and circumspect given the risks and uncertainties? Is President Xi Jinping’s third term a move towards stability and continuity, or is it another disruption in a world already fraught with considerable unpredictability?

Xi’s third term broke the post-Deng tradition of term limits and, as such, is considered a disruptive development in domestic politics. Though there had been different accounts on the motive behind the move, the need for steady hands amidst uncertain times is one potent explanation. The United States is in decline, not so much in terms of capacity but rather largely by choice. In the meantime, China’s economy continues to gather strength, but dangers in the transition to a new normal still cast a long shadow in ongoing reforms. Therefore, the need for stability and continuity to take greater advantage of the period of strategic opportunity is imperative. The disruptive impact of Xi’s third term in China’s leadership succession is thus dampened by the perceived benefits of its intended purpose. Meanwhile, in the international realm, Xi’s third term suggest strong policy continuity.

China’s growing economic power and political influence have tremendous disruptive effect. But this disruption can be good or bad depending on where one sits. The inflexibility of Western-led global governance to accommodate emerging powers has encouraged the latter to establish parallel regional and global economic and security platforms that gives due regard to their voices and interests. Xi’s “New Asian security concept” and “community of shared destiny for mankind,” while remaining nebulous and still largely aspirational, is tapping into a strong undercurrent of exclusion, domestic interference and inequality in the current security framework. His Asian Infrastructure Investment Bank (AIIB) and Belt and Road Initiative (BRI) are responding to tremendous demand for infrastructure finance long deserted by the Bretton Woods multilateral development institutions. Thus, while there is no question that China’s rise contributes to the erosion of the traditional Western-led global order and the values they underpin, the dormant seeds for that attrition have long been there.

It is arguable whether China desires to supplant the existing order with its own, or if it simply wants meaningful reforms to take place to reflect the changing times. China is the world’s largest crude oil importer, and it makes sense for China to encourage purchases be done in yuan. But even this will not catapult the renminbi to the top from its present position in the lower rung of the world’s most traded currencies. Hence, its immediate disruptive impact tends to be overhyped, although long-term potential is present—especially if this strategy will be replicated in other key commodities that China is a major consumer and importer of. Furthermore, whether Chinese-backed initiatives constitute a better alternative to the prevailing order, or if they are even ready to substitute for the latter, remain to be established. Those who view Chinese intentions with suspicion—who think China, wittingly or unwittingly, may embolden challenges to long-standing rights, market and governance norms—may, thus, see China’s international activities as bad disruption.

Challenging the Order to Reform?

However, a case for a positive disruption can also be made. Six of the world’s top ten fastest growing economies have China as their main trade partner. Fast growing Asian and sub-Saharan African economies are strategically located, rich in natural resources and possessing a youthful demography but lacking in terms of capital goods are getting a big lift from China’s connectivity projects. Chinese-built railways provided landlocked Ethiopia and Zambia outlets to the sea for their trade. While helping China diversify its energy and trade routes and mitigate its Malacca dilemma, the China-Pakistan Economic Corridor is helping Pakistan develop its transport and energy backbone. The success of China’s late entry into development finance is encouraging a rethinking on the part of traditional donors. But while it may be too late for Japan, the United States and Europe to compete with China in terms of scale, they surely can contribute in enhancing governance and the absorptive capacity of host states, as well as holding conversations on quality, environment and labor standards. In this way, Western criticism over such projects will be seen as more constructive instead of obstructionist. The AIIB’s joint financing with the Asian Development Bank and other multilateral lending institutions are encouraging signs illustrating that China’s disruption is not necessarily anti-establishment. Besides, the pie is still too big: there is plenty of room for the West to pool their funds to take part in the emerging infrastructure boom. This would be welcomed by the Global South—more funders mean more choices. While American firms may not be able to deliver turnkey projects, they surely can participate as consortium partners with Chinese, Japanese or Korean general contractors for infrastructure projects financed or co-financed by China. On the security front, the Shanghai Cooperation Organization provides China, Russia and Central Asian nations a venue to jointly address threats posed by terrorism, separatism and extremism, which have strong resonance in the West as well, and this cooperation platform has now expanded to include South Asia.

Furthermore, more than the financial largesse, China’s industrial, technological and labor capacity make it a combo development partner. Its manufacturing might enable it to mass produce renewable energy technologies (although intellectual property rights remain an issue) to make sustainable and clean energy more accessible to developing countries. Rising wages and increasing focus on services and high technology help facilitate the export of China’s excess industrial capacity, especially labor-intensive sectors like textiles, clothing and shoes to developing countries, creating jobs and sowing the seeds for nascent industries. While such outsourcing may hollow out China’s enormous manufacturing capacity anytime soon, unlikely as that may seem, spreading out its production overseas may help lessen the country’s ability to dump cheaply-produced China-made surplus goods—something which is attributed to a driving out of competition and accumulation of trade deficit by key trade partners.

Knowledge and technology transfers in the operation and management of Chinese-built utilities allow a diffusion of learning and enable host states to have greater ownership of their assets. Long-term leases may constitute China’s risk mitigation measure, especially when investing in volatile regions and post-conflict states. But it also means that China will play an active—not a bystander—role in making the investments pay off. BRI is not a charity, and Beijing has little interest in debt accumulation when its own economy is already overleveraged. Building industrial parks and free trade economic zones open to all to be serviced by the railways and ports can thus be taken as a measure to accelerate business and generate traffic which can have a transformative effect on host economies. That said, prudence and evaluating the capacity to pay for these developments should be seriously considered to avoid charges of ensnaring host states into debt bondage. Ensuring convergence with the national development plans of host states will also avoid accusations of China simply railroading its way in building a network of regional and global connectivity.

In sum, while Xi’s era will promote domestic stability and foreign policy continuity, it will undoubtedly pose challenges to the Western-led world order that has changed little since the postwar period. But before responding to these challenges in both the economic and security domains, the West may see value in looking at the order it had built and championed over the years to evaluate the shortcomings that made Chinese initiatives gain traction. Finally, although China’s disruption tends to be overly seen in the prism of great power competition, its positive but still nuanced impact, especially in the developing world, and its potential complementary role remains underappreciated.

Lucio Blanco Pitlo III is a Research Fellow at the Asia-Pacific Pathways to Progress Foundation and Contributing Editor (Reviews) for the Asian Politics and Policy Journal. He is also a Lecturer of Chinese Studies at Ateneo de Manila University, Board Member of the Philippine Association for Chinese Studies and previously worked with the Philippines’ National Coast Watch Council Secretariat. The views expressed here are his own.

Image: Chinese President Xi Jinping speaks with Russian Foreign Minister Sergei Lavrov (not pictured) during a meeting at the Great Hall of the People in Beijing, China April 23, 2018. Naohiko Hatta/Pool via REUTERS​