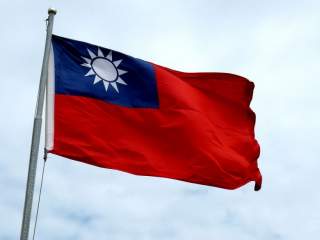 Taiwan, as widely understood, is one of the most dangerous flash points in U.S.-China relations, and has fair probability to serve as catalyst for crisis and war. In a recent article in the National Interest, Ted Galen Carpenter made an intriguing proposal. In order to avoid such an avoidable catastrophe, he urged the United States, China, and Taiwan to consider a “Finland option” to put an end to the contest for control of the island nation.

Such a proposal requires immense compromise among the parties involved. China will have to give up its territorial claims over Taiwan. In exchange, Taiwan and the United States must provide guarantees that Taiwan will terminate any alliance they have. As an insurance policy, Taiwan must deny foreign countries the right to any military basing on its soil, except for limited basing by China.

“Almost no one would entirely happy with such a proposal,” Carpenter rightly remarked. However, China will surely be the least happy party in such an agreement. It will hardly consider such a proposal, keeping in mind the disproportionate concessions it would have to fulfill and honor. In short, Beijing will become the biggest loser.

In times of war, Taiwan will be an even bigger liability for the Pentagon. After all, the island is very hard to defend given its geographical proximity with mainland China. Its capital, Taipei, is only three hundred kilometers away from Fuzhou, while it sits six hundred kilometers from Okinawa, 1,100 kilometers from Manila, and 2,100 kilometers from Tokyo. In other words, China’s missile force and air force can easily strike the island from a safe distance, deep inside the mainland. That said, Taiwan is also useless for U.S. forces in offensive terms. The island’s proximity to the mainland makes it vulnerable, and possibly indefensible. After all, one needs to consider that China’s ongoing military modernization efforts have been primarily calibrated for a Taiwan contingency. In sum, a “Finland option” for Taiwan is a blessing in disguise for the United States.

As for Taiwan’s strategic calculus, Taipei won’t have much to regret from a Finland-option deal. After all, it will serve Taiwan’s medium-term goal, that is, preserving its de facto independence, stability and peace in the region. Furthermore, according Carpenter’s proposal, Taiwan does not seem obliged to make any concessions at all.

Third, Taiwan should give Beijing the right to exert limited military presence on the island, in order to protect its national interests there. This seems to be the only true concession Taiwan would have to make if a Finland-option deal goes through. But overall, Taiwan has nothing to lose according to Carpenter’s proposal—at most, it will only have to formalize things that are either informally in place now or inevitable in the future.

In contrast to the U.S. and Taiwanese strategic calculus, a Finland option will incur significant costs from China’s perspective. In fact, I am not convinced that Beijing will ever consider such a proposal, because Taiwan is not the same for China as Finland was for the Soviet Union. The political and geostrategic costs for the Soviets in agreeing to the Finland option were insignificant compared to what the Chinese would have to sacrifice.

For political reasons, it is inconceivable for any Chinese leadership to relinquish its claims on Taiwan. Taiwan is important for the Chinese Communist Party’s legitimacy, and its permanent loss will undoubtedly result in the considerable weakening of the party’s domestic political clout and dominance.

It is also important to note that Taiwan was snatched from China by great world powers of the nineteenth and twentieth centuries. It was taken while China was weak and not considered a great power—a position it bore throughout more than two millennia of its history. Bringing the island back under Beijing’s control represents an end to a century of humiliation, and a symbolically restoration of China among the world league of great powers.

Geostrategic considerations will also prevent China from making the kind of concessions the Soviets did. Taiwan is not Finland; it would be more appropriate to make comparisons between Germany during the Cold War and Taiwan today, since both are geographically significant, while Finland, with all due respect, was not. In other words, Taiwan is just too important for China to relinquish its military operations—just as important as Germany was for both sides during the Cold War.

For China, controlling Taiwan will further strengthen its A2/AD strategy and posture in the Western Pacific. Possessing Taiwan will give extra depth (three hundred kilometers) to China’s defense against U.S. incursion into Chinese waters. Besides, Taiwan’s mountainous eastern coastline can surely be engineered to hide missile launchers, aircraft and other platforms and logistics to make life more unpleasant for American sailors and airmen. Considering China’s expertise in tunneling, it would not be a hard feat to make another underground great wall throughout eastern Taiwan.

Furthermore, Taiwan’s central geographical position means it can be used to control naval access in and out of the East and South China Seas toward the Pacific Ocean, and vice versa. By controlling Taiwan, it will be easier for China to monitor the gates of—and close down, if necessary—the China Seas. As for China’s sizeable submarine fleet, control of the island means much easier access, or even a breakthrough into the Pacific Ocean.

For all the reasons stated, it does not make sense for China to make considerable concessions at this point. Currently, China’s military and economic power is growing faster than the United States’. In fact, the rise of China represents the fastest rise of any great power in modern history. In the foreseeable future, it is likely that China will continue to grow more quickly than the United States and continue to narrow the military and economic gaps between the two countries.

Some reports have even asserted that China is now strong enough to take on U.S. forces and force them a draw (at the very least) if war erupts in East Asia in the near future. If the powerless China of our grandparents’ days never made concessions on the Taiwan issue, why on earth would today’s Chinese superpower make such a big one now?