China Has an Imperial Overstretch Problem 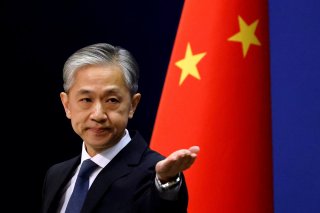 China’s “Project of the Century” may not last another decade.

Since then, the Belt and Road Initiative or BRI, as the projects are now called after being combined, has been extended to everywhere on the planet. China, for instance, has poured tens of billions of dollars of Belt and Road loans into Venezuela. A Chinese party is building a $3 billion container port in Freeport, fewer than 90 miles east of Florida’s Palm Beach. There is even a Polar Silk Road, announced in January 2018. More than a hundred countries are participating in the Belt and Road.

Now there are signs that Beijing, by withdrawing lending support, is backing away from what has been called the world’s biggest development plan.

The Financial Times, relying on a database from Boston University, noted that lending by two of China’s so-called “policy banks,” China Development Bank and Export-Import Bank of China, “collapsed,” falling from $75 billion in 2016 to $4 billion in 2019. These two institutions, instrumentalities of the Chinese party-state, extend most of Beijing’s offshore development lending.

Not everyone agrees China is pulling back so sharply. For instance, Tristan Kenderdine and Niva Yau, two researchers, think the Chinese policy banks are lending “differently, not less.” Yet they agree BRI is troubled. As the pair wrote on the Diplomat site this month, “In practical geoeconomic development terms, China’s Belt and Road policy in Eurasia is failing.”

The evidence of failure is in debt renegotiations. Sri Lanka, to avoid default, famously gave up control of the Hambantota port to China. Pakistan is trying to get easier terms from Beijing on China-Pakistan Economic Corridor obligations. The Rhodium Group, the New York City-based consultancy, reports China has participated in 18 debt renegotiations this year.

Next year, there should be more defaults. The World Trade Organization projects global merchandise trade volume will fall 9.2% this year. If there is a recovery next year, as some forecast, it will in all probability be anemic.

Even in an era of robust trade, the main problem is that China’s BRI projects do not look economically viable. For instance, the entire Belt portion of the initiative—highway and rail routes through Central Asia—never made sense as an economic proposition.

Rail is fast but expensive, and rail traffic between China and Europe is an idea whose time has not yet come. That doesn’t prevent Beijing from boasting about high rail volumes, however. Chinese media outlets, for instance, have said Scottish distillers send whisky by rail to China, but no one would do that except as a propaganda ploy or in the absence of huge subsidies. Whiskey is almost always shipped by ship.

And there is one more problem. Climate change won’t help Beijing sustain its land and sea infrastructure. This year, the summer in the Arctic was the hottest on record. As a result, the Arctic ice cap is receding, making shipping across the north coast of Russia feasible.

The Northern Sea Route, as it is called, is becoming popular. This year, there were 71 vessels and 935 sailings from January through June, both representing large increases. Total sailings were up 63.5% from 2018.

The Northern Sea Route slashes 10 days from the journey through the Suez Canal. By 2024, according to Russia, its route will be mostly ice-free all year round.

The only drawback is that, at the moment, only smaller ships can sail across Russia’s north coast. The route accommodates vessels carrying not more than 5,000 containers, not the 20,000-container vessels that normally ply the route between China and Europe.

Ultimately, Russia will win this struggle for cargo. The Northern Sea Route is as fast as rail—in other words, as fast as China’s Belt—but so much cheaper because it is water-borne. Moreover, as more ice melts, Russia’s route will accommodate the larger vessels.

China should have seen all this coming. For one thing, every nation that has gone on a foreign lending binge—especially the United States, Soviet Union, and Japan—has suffered.

Yet China’s troubles are more than a rash of defaulting borrowers. The internal impetus for the large loans to foreign parties is eroding fast. “Fundamentally, the driver was just the need to recycle dollars generated by an undervalued renminbi,” Anne Stevenson-Yang of J Capital Research tells The National Interest. “Now, that dynamic is inevitably ending.”

BRI projects also suffer from other failings, but for Beijing, the benefits may be geopolitical rather than economic. Djibouti, heavily indebted to China, offered Beijing a military base, China’s first outside its borders. Islamabad is groaning underpayments for the Economic Corridor, one of Beijing’s most important BRI projects, and it gave China control of strategic Gwadar on the Arabian Sea. And the mysteriously large Freeport project will almost surely fail and become a Chinese naval base, close to Florida.

China’s leaders have limitless ambitions and subscribe to the major late 19th and early 20th century theories of geopolitical control of the world. In the first decade of the 20th, Halford Mackinder proposed his Heartland theory. The Heartland, as he saw it, was the center of the world, that is the Baltic Sea area, areas adjacent to the Danube, a portion of Eastern Europe, and the interior of Asia not including China, much of which was then and is now controlled or influenced by Moscow.

But Chinese leaders do not confine their sights to the Heartland or the Rimland. They are at the same time devoted Mahanians. Alfred Thayer Mahan thought those who controlled the sea could control the world.

Chinese leaders, as evident from their Belt and Road Initiative, believe they must dominate Mackinder’s Heartland, Spykman’s Rimland, and Mahan’s sea lanes.

No power in history has been able to do that, and it will be especially hard for a Beijing that does not have enough cash to sustain failing BRI projects, expand the military, and keep their domestic economy going.

China’s economy, despite recent reports, is ailing, a reason Xi Jinping has put his clout behind the “dual circulation” economic strategy first announced at a Politburo meeting in May of this year. The Communist Party supremo has evidently decided he must concentrate resources at home, the premise behind dual circulation, to restart the economy after the coronavirus epidemic.

So China’s attempt to take over the entire world is faltering. It sounds like Chinese leaders have just realized they have a severe case of Paul Kennedy’s “imperial overstretch.”

Somewhere, Mackinder, Spykman, and Mahan are laughing at Beijing’s Belt and Road difficulties.

Gordon G. Chang is the author of The Coming Collapse of China. Follow him on Twitter and Parler @GordonGChang.