China Has No Legal Claim to Taiwan 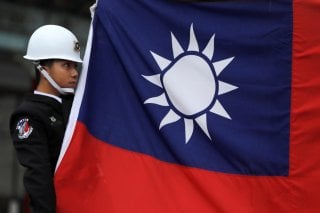 In the wake of House Speaker Nancy Pelosi’s (D-CA) August visit to Taiwan, mainland China has increased its threats to the island. Its bluster masks two inconvenient facts. First, the Chinese Communist Party recognized even before World War II that Taiwan was not part of China. Even Mao Zedong, the founder of the People’s Republic of China, acknowledged in a 1936 interview with hagiographer Edgar Snow that Taiwan was no more part of China than Korea was. Second, Beijing has no legal claim to Taiwan even today.

During an October 2004 television interview in Beijing, Secretary of State Colin Powell remarked that “Taiwan is not independent. It does not enjoy sovereignty as a nation, and that remains our policy, our firm policy.” Chinese leaders welcomed Powell’s statement, even though Powell elided an important consideration: If Taiwan is not independent or sovereign as a nation, and if it is not a legal no man's land (that is, terra nullius), then to whom does it belong?

Mainland Chinese authorities consistently say the answer is obvious: Taiwan belongs to them. Repetition and volume do not substitute for legality, however. Japan took and occupied Taiwan in 1894, and the Qing dynasty formalized that arrangement in the 1895 Treaty of Shimonoseki that ended the Sino-Japanese War. This gave Japan legal title to the island and extinguished China’s imperial title, which had notably been obtained for the first time only two centuries earlier. Japan proceeded to rule Taiwan for the next half century, with full legal authority, until the Allies defeated Japan in World War II.

In 1952, three years after Chiang Kai-Shek’s government fled from Mao’s forces to Taiwan, the San Francisco Peace Treaty between the Allies and Japan entered into force. The Treaty recognized the United States as “the principal occupying Power” on the island. While Beijing points out that it is not a signatory to the Treaty, its unilateral position does not negate the legal fact that, from the point of view of the 46 states party to the Treaty, the United States became the legal custodian of Taiwan when Japan’s title was dissolved. Meanwhile, Beijing’s claim to the island—pressed by the Soviet Union—was voted down.

The treaty set aside the Cairo Declaration of 1943, in which the United States, United Kingdom, and the Republic of China had stated an intention to return Taiwan to China. In 1952, the State Department declared this wartime statement to be non-binding. Dozens of countries around the world adopted the Treaty in 1952 even though the Republic of China had both been administering the island since the end of the war and was internationally recognized as the sole legitimate government of China despite its situation.

While negotiating the treaty, Harry Truman’s administration purposely left the relationship between Taiwan and mainland China unresolved. A confidential September 1951 U.S. position paper stated, “It is the view of the United States that if it is agreed that the question of the time when Formosa should be returned to China should be left open, this equally makes it appropriate that the whole matter be left unresolved by the treaty, save for the elimination of Japan’s interest. No one can say that at some future unpredictable date a return to China would necessarily serve the best interests of the inhabitants, whose welfare, under the Charter of the United Nations, is paramount (Article 73).” The U.S. position won the day. Japan’s title to the island was extinguished, and the treaty left Taiwan legally occupied by the United States, the secondary and subordinate occupying power implicitly being the Republic of China government in exile, which was sustained through massive U.S. government military and financial aid.

Article 73 of the Charter of the United Nations (UN) addresses situations such as these:

Members of the United Nations which have or assume responsibilities for the administration of territories whose peoples have not yet attained a full measure of self-government recognize the principle that the interests of the inhabitants of these territories are paramount, and accept as a sacred trust the obligation to promote to the utmost, within the system of international peace and security established by the present Charter, the well-being of the inhabitants of these territories, and, to this end … to develop self-government, to take due account of the political aspirations of the peoples, and to assist them in the progressive development of their free political institutions…

The United States’ position has been clarified in the twenty-first century. Secretary of State Mike Pompeo affirmed that “Taiwan has not been part of China,” and he observed that such a position was bipartisan. Pelosi’s recent visit to the island highlighted this unity concerning Taiwan. President Joe Biden, for his part, has notably articulated four times the United States’ commitment to Taiwan, even as his National Security Council staff has tried each time to walk back these verbal statements.

The legal issue today concerning Taiwan is not whether Beijing has title to Taiwan, given that China has not held title to the island since 1895, and has as weak a claim to it today as Spain does to Cuba. There can be no legal change in sovereignty over the island unless the United States renounces its sovereignty or unless a new treaty supplants the San Francisco Peace Treaty.

The only valid legal issue concerning Taiwan’s status is how the United States will continue to conduct, and eventually conclude, its “sacred trust” concerning Taiwan. To bring its custodian role to an equally honorable and lawful end, the United States must continue to “ensure ... their just treatment, and their protection against abuses” under Article 73 until it can exercise a “full measure of self-government,” and finally decide their own future. Taiwan’s vibrant democracy is a testament to the success of the treaty and the postwar order it established, and augurs well for the Taiwanese to decide the island’s final status once all threats subside.

With the law not on its side, Beijing instead claims civilizational rights to Taiwan, even though China’s first official presence in Taiwan actually began much later than those of Spain and Holland. However sensitive Taiwan might be to Beijing’s worldview, the UN Charter to which Beijing has adhered since 1979 requires peaceful coexistence. Beijing’s consistent threats toward Taiwan constitute threats both to the post-war order under the UN Charter and to the broader Westphalian system of international law.

Peter C. Hansen is a public international law specialist and trial and appellate attorney based in Washington, D.C.