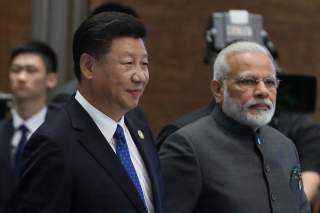 Making inroads into Iran has become a priority for both China and India, with both nations seeking to expand influence in their respective regions. Located at a critical juncture, Iran links Central Asia, the Caucasus and the Middle East. Furthermore, Iran’s abundant resources provide a significant amount of energy to China and India. These factors have always influenced Tehran’s relationships with Beijing and New Delhi, which have always fallen somewhere in between transactional and strategic. While the Sino-Indian relationship has been fraught with various challenges, the manner in which the two nations manage their differences in Iran—employing a mix of cooperation and competition—sheds light on their relative power and underlies the changing nature of their relations. Unlike traditional, binary inter-state strategic competition, the China-India rivalry in a sanctioned Iran likely will evolve into a long-term coexistence indicative of what may lie ahead for their strategic relationship in other, non-neighboring countries.

India’s economic footprint in Iran centers around Delhi’s geopolitical ambitions to improve regional connectivity, strengthen energy security and gain access to European markets. The key piece of Delhi’s strategy is the International North-South Transportation Corridor (INSTC), a joint venture spearheaded by India, Russia and Iran to boost infrastructure connectivity from Russia through Iran to the Indian Ocean. When completed, it will allow easy access to energy resources in landlocked Central Asia—much faster than the current route via the Suez Canal—and create trade corridors linking India to European countries via Russia that completely and strategically bypass Pakistan.

To that end, India’s investment in Iran rests on the modernization and expansion of the port of Chabahar, the closest, vital access point to the Indian Ocean for Iran and a prospective terminus of the planned INSTC. The potential of an Indian-backed Iranian Chabahar port challenging the Chinese-backed Pakistani port of Gwadar, just ninety miles away, is—both symbolically and practically—indicative of the rising China-India geo-economic rivalry in the region.

In contrast, China has been one of the major players in Iran's economy and trade since the Iran nuclear agreement in 2015. This is for obvious reasons: Iran is a large producer of commodities that feed China's growing economy, and it is at a strategic geographical crossroad of Beijing's ambitious Belt and Road Initiative (BRI). This symbiotic relationship corresponds to China's gradual expansion of its engagement with Iran, from the immediate aftermath of the Iranian Revolution in 1979 until the international sanctions regime reached its zenith, in 2006.

China Iran's top trading partner and largest oil importer and Beijing's continued investment in the Iranian transportation and energy sectors offers Tehran a crucial lifeline as other investments pull out of the country under U.S. pressure. Furthermore, increased direct flows of oil from Central Asia and the broader Middle East would free China from its sole reliance on the Straits of Malacca, through which the vast majority of China's oil currently moves. Furthermore, the newly operational rail connection between Bayannur, in China's Inner Mongolian Autonomous Region, and Tehran is a sign that Beijing may remain defiant to U.S.-led efforts to isolate Iran further, especially when its national interest is at stake.

Following the 2015 Iran nuclear deal, the flourishing of new contracts and diversifying trade ties—specifically with European countries—has been a great boon to the Iranian economy. The recent decision by the Trump Administration to reauthorize sanctions, however, has put much of this in jeopardy. To counter this threat, Iran has sought to solidify contracts and sustain foreign support and investment. These efforts present an opportunity for China and India to increase engagement, albeit with significant challenges posed by U.S. sanctions. The investment that continues in the face of sanctions will then serve as a barometer for China-India strategic competition in the future.

Given Iran’s pivotal place in both countries’ regional strategies, it is imperative that China and India continue active engagement, despite their different approaches. While India is targeting its investment in the INSTC, which ties into its long-term security and economic aspirations, Beijing is taking a broader strategy to reach the same goal. China’s engagement in Iran includes stakes in oil and gas fields, extensions of credit for power plants, and the construction and modernization of railways, among others. In addition to keeping the oil spigots open, these investments facilitate the flow of raw materials to China and consumer goods from China to Iran. These two methods of investing in Iran might vary in styles and purposes, but they are not mutually exclusive.

Tehran does not have to choose between Chinese and Indian investments. In fact, there are increased opportunities for limited cooperation in Iran between the two countries in an overall competitive relationship. Unlike great-power competition, which focuses on relative political or military strengths, economic relations with one regional power do not preclude others. The threat of renewed sanctions represents an opportunity for Iran to foster Chinese and Indian cooperative investment in the country to modernize and upgrade its various sectors. To hedge against the uncertainty of the Indian investment, Tehran has already invited Chinese investment in Chabahar and broached the idea of connecting the competing ports of Gwadar and Chabahar. Recent developments like these force India and China to work together in close proximity, whether they want to or not.

The paradigm shift in the Sino-Indian relationship, from a traditional rivalry to an integrated coexistence, does not imply that the spirit of competition will be absent from China-India relations in Iran—the rivalry will remain a dominant dimension to future collaboration. The introduction of a transactional aspect to collaborations, like the ones present in Iran, should exemplify the fact that competition through economic means does not require exclusivity. In that way, Iran represents the harbinger of a future China-India cooperative competition in geoeconomic affairs.

Zoe Leung is a senior program associate and Michael Depp is a program coordinator at the EastWest Institute, which aims to create constructive dialogues and prevent conflicts.