China: It's Good to Be the Emperor 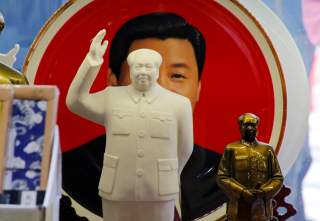 Unlike Las Vegas, what happens in China does not stay in China. It is the world’s second largest economy, the top trading partner for a wide and growing range of countries around the planet and a rising military power with a reach beyond its immediate neighbors and waters. In early March 2018, China amended its constitution by an overwhelming vote in the National People’s Congress, to abolish a law that prohibits a president from serving beyond two-five year terms. President Xi Jinping can now remain in power for as long as he sees fit or until someone pushes him from office. Whatever the eventual outcome, Xi has changed the rules of the game and this has implications for the rest of the world, especially when it comes to trade relations with the United States.

China's Emperor Has a Full Agenda

Since Xi become head of the Communist Party in 2012, he has aggressively purged party rivals, brought the military more under his control and made certain that the country’s big business leaders know who is in charge. In many regards, Xi has taken China back to where it was under Mao: power is narrowly concentrated, though with far less upheaval and brutality.

From Xi’s perspective there are good reasons to turn China into a one-man dictatorship. Only with unchecked power can he achieve his grand design of restructuring China and making it the world’s leading power. In this context, Xi now has more clout to deal with corruption, vested interests in the problematic state-owned enterprises (SOE) sector, local governments with heavy debt burdens and big business leaders who pursued aggressive overseas expansion (threatening to escape Beijing’s control). At the same time, China needs to overhaul its financial sector, deal with bad loans, shadow banks and onerous pension issues. And maintaining strong economic growth is essential to keeping the country’s citizens content and not thinking about political freedoms.

On the foreign policy front, Xi is better able to push his ambitious Belt and Road Initiative to link up markets across Eurasia and East Africa under Chinese auspices, further assert Chinese dominance in the South China Sea, and gain more influence in international organizations (especially as Washington pulls back). Xi may even be emboldened enough to try to achieve what the People’s Republic has long dreamed of—reuniting Taiwan with the mainland. President Xi will also be in a better position to deal with the United States over such issues as trade, North Korea (a complicated mutual concern) and the future direction of the international geopolitical order (preferably under Chinese guidance). Indeed, the chair of the foreign affairs committee of the National People’s Congress has stated that “the U.S.-led world order no longer fits.”

Trade has been an important element of China’s economic success since the late 1970s. From that period forward, China emerged as the industrial powerhouse of the world, supplying everything from hammers and Christmas tree ornaments to ships and heavy machinery. Starting off by producing cheap products, Chinese companies have climbed up the value-added chain and now compete in technology and pharmaceuticals. However, China has long pursued economic policies that have taken advantage of other countries’ open trade regimes, has been restrictive in allowing foreign companies into China and put several sectors out of bounds for acquisitions as “strategic industries.” This has caused friction with the United States and Europe, where Chinese companies have been active in seeking to buy local companies.

Xi’s assumption of dictatorial powers comes at a time when the United States is becoming more protectionist under the Trump administration’s “America First” policy, which makes clear that China’s trade policies are unfair and will no longer be tolerated. Among these policies are state bank loans to Chinese companies to aid in merger and acquisitions of foreign companies. Chinese state support also keeps inefficient and struggling “zombie” state-owned companies afloat, many of which continue to export and contribute to the trade imbalance between the two countries. According to the U.S. Commerce Department, the U.S. trade deficit with China in 2016 was a massive $347 billion and rose to a record $375.2 billion last year.

Another major area of friction concerns Chinese violations of U.S. intellectual property. American companies lose billions of dollars a year to counterfeit products. According to a 2016 report by the Organization for Economic Cooperation and Development, the global trade in tangible counterfeit and pirated goods is around $451 billion, with the top three exporters of counterfeit products being Hong Kong, China and Turkey.

The Trump administration has already taken action on Chinese (and Korean) washing machines and solar panels. More recently, global tariffs have been imposed on steel and aluminum. Additional tariffs on a wide range of Chinese goods worth between $30–60 billion are probably on the way. Moreover, any efforts by Chinese companies to acquire U.S. companies are likely to find a much more challenging approval process. This sat behind The Trump administration’s move to block Broadcom’s bid for U.S. tech company Qualcomm. Although Broadcom is a Singapore-based company it has ties to China and Qualcomm is seen by Washington as a national champion and that its sale would be deemed detrimental to U.S. national security.

Since the beginning of 2018, the Trump administration has become more aggressive in its economic nationalism. This was brought home by the imposition of tariffs, resignation of economic adviser Gary Cohn and dismissal of Secretary of State Rex Tillerson—both were supportive of free trade and multilateral solutions. The president is known to hold strong views on reducing the trade deficit and is not shy of trade wars, which puts Washington and Beijing on a collision course. With pro-trade voices diminished in the White House, fair trade figures like Peter Navarro, the Director of Trade and Industrial Policy and Assistant to the President, and Secretary of Commerce Wilbur Ross loom larger.

A trade war between China and the United States would be negative for both countries and the global economy. The global economy still has not recaptured the pace of economic expansion it enjoyed prior to the Great Recession in 2008. The International Monetary Fund has forecast 3.7 percent global output for 2018 and 3.9 percent in 2019.

The risk is that an all-out trade war could spread into parts of the Sino-American relationship. Beijing could stop buying U.S. government debt. According to the U.S. Treasury Department, as of December 2017, China was the largest foreign holder of its debt at $1.18 trillion, slightly ahead of Japan. If China were to stop buying U.S. debt, markets would be devastated and Washington would have a hard time financing itself. China could also seek to undermine the international position of the U.S. dollar, insisting on the use of its currency in transactions. Such actions, however, would also hurt China’s economy. If relations deteriorate into a major economic war, both countries would consider how to achieve maximum damage to the other with the view that someone will eventually walk away a winner.

It is in this context that Xi’s move to one-man dictatorship is important, since he expects a major challenge from the United States on trade. President Trump has signaled his views on trade and his willingness to impose them. Xi has made certain that he is well-prepared for Trump’s moves, especially in regard to a security apparatus that will clamp down on any public discontent arising from an economic downturn.

Changing Perceptions Add to the Potential for a Trade War

At the same time, President Xi’s shift to dictatorship can be seen as a distinct move away from the long-cherished U.S. hope that economic liberalism would eventually lead to political liberalization. Just as the Chinese long assumed that the United States would remain the champion of free trade, the Americans too have found a key perception to have been wrong. In a sense, America’s shift from free trade to protectionism is matched by Xi’s political consolidation. Part of that challenge is the daunting task of pushing aside the U.S.-dominated order without entirely disrupting critical trading relations. A full-blown trade war at this point is not desirable.

President Xi’s power is at its apex—for now. What he does with that power will be critical for his legacy as well as where he wants to take China. Xi’s list of challenges is extensive. Key among these is the compact between the Communist Party and the Chinese population: as long as you remain out of politics, the party will provide you with a better standard of living. This compact is already under considerable pressure, considering income gaps, rural-urban disparities, corruption and pollution—all issues that chip away at the Chinese state’s legitimacy.

With the Internet and travel, China’s 1.4 billion people are more connected with the world than at any time in history. This does not argue for a more liberal, democratic China, but one that is often strongly aware of what other people have and aspire to. In this sense, Xi also has to contend with rising expectations. A brutal and disruptive Sino-American trade war would put the Chinese political system and Xi’s own position under considerable pressure. If President Xi’s policies become messy failures he runs the risk of a palace coup, led by some secretive cabal, spawned by an autocratic regime that is not open to debate and suffers policy drift. President Xi should savor the moment, the tough part of dictatorial rule is just starting. The rest of the world should be ready for a more assertive line out of Beijing and more salvos in a deepening Sino-American trade war.