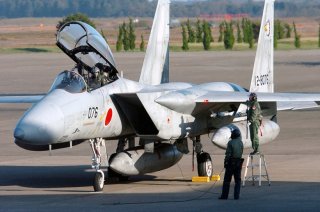 In November last year, when China declared its East China Sea Air Defense Identification Zone (ADIZ) that covers the disputed Diaoyu/Senkaku Islands and overlaps with Japan’s ADIZ, many warned that Beijing and Tokyo could get into an accidental military clash because their military aircraft would challenge each other in the airspace included in the controversial ADIZ.

Today, such worries are no longer academic. On several occasions in May and June, Chinese jet fighters flew within a 100 feet of Japanese propeller-driven reconnaissance planes in China’s self-claimed ADIZ over the East China Sea. Beijing then accused the Japanese Self-Defense Force of sending F-15s on June 11 to trail a Chinese TU-154 plane on a regular patrol in the East China Sea and also got within 100 feet of the Chinese plane. Japan has since denied the accusations.

Luckily, none of these incidents led to a midair collision or accidental firefight. However, given the subsequent acrimonious exchanges between Beijing and Tokyo, which accused each other of dangerous provocations, we can be assured that similar mid-air confrontations are almost certain to occur in the future. The nightmare we must imagine now is that when they happen again, the Chinese and the Japanese should not count on luck to save them from turning a game of chicken into an actual clash.

This is no idle apocalyptic imagination. China and Japan have been engaged in a classical game of escalation in their territorial disputes over the Diaoyu/Senkaku Islands since August 2010. The spiral of escalations began when a drunken captain of a Chinese fishing boat steered his vessel into a Japanese patrol boat within the territorial waters of the disputed islands. Tokyo’s detention and subsequent decision to try the captain elicited an overreaction from Beijing. China suspended high-level contact and export of rare earth materials to Japan until Japan released the captain.

Things got only worse afterwards. In September 2012, Tokyo paid $20 million to “nationalize” the disputed islands and foil the attempt by a rightwing nationalist and former governor of Tokyo, Shintaro Ishihara, to purchase the islands with privately raised funds. This move incensed China. Violent anti-Japanese demonstrations, apparently sanctioned by the government, erupted throughout China. Far more worrisome than mob violence was Beijing’s subsequent and deliberate decision to systematically challenge Tokyo’s claims that it exercises exclusive administrative control over the disputed islands. (Prior to these confrontations, Beijing disputed Japan’s sovereignty claims, but had refrained from taking actions to challenge them directly.)

Official Chinese ships, such as coast-guard patrol boats, began to enter the territorial waters of the islands. Chinese military planes flew into the airspace over the islands. In one incident, a Chinese naval vessel aimed its fire-control radar at a Japanese patrol boat. Of course, Japan protested and sent its own ships and planes to confront Chinese intrusions. Fortunately, these incidents did not result in actual collisions.

With the establishment of China’s ADIZ last November, Beijing has further increased its pressure on Japan. But so far, China’s efforts seem to have produced only the opposite effects. After Shinzo Abe, a hardline nationalist leader in his own right, won a landslide victory in December 2012, Tokyo adopted an equally uncompromising stance toward Beijing. The Abe government has undertaken several measures, both symbolic and substantive, to show that it will not cave in to Chinese pressure.

By all accounts, the stakes in this round of Sino-Japanese disputes are far greater than the contested ownership of these uninhabited islands. Both Beijing and Tokyo have decided that the outcome of the dispute will not only affect their national honor but also determine the pecking order in East Asia. In particular, the Chinese government seems to believe that it is time for Tokyo to acknowledge Beijing’s dominant status in the region. However, because the Japanese government (in particular, Prime Minister Abe himself) understands that even symbolic concessions made under Chinese coercion will damage both Japan’s national self-esteem and its long-term security, it has now chosen to confront China in a tit-for-tat fashion.

In the coming months, the Sino-Japanese standoff is likely to escalate further. As Chinese efforts to force Japan to make concessions over the islands (such as an official acknowledgement of their disputed sovereignty) fail to deliver desired results, Beijing will be tempted to increase the pressure and adopt new, and perhaps riskier, tactics. Japan will almost certainly respond firmly. The dangerous midair incidents of May and June will be repeated, albeit in varying versions. At some point, the law of probability dictates that one of such incidents will lead to an actual conflict—either a mid-air or a maritime collision.

It is unclear whether Beijing has thought through the consequences of future escalations. At the moment, Chinese leaders seem to be confident that they have the initiative and can adjust the level of pressure on Japan. Such confidence is unwarranted, to say the least. As the world marks the 100th anniversary of World War I, Chinese leaders—and perhaps their Japanese counterparts—must learn history’s most tragic lesson: wars are often started by those with a surplus of confidence.

Minxin Pei is the Tom and Margot Pritzker ’72 Professor of Government at Claremont McKenna College and non-resident senior fellow of the German Marshall Fund of the United States.