China Should Support Taiwan’s Return to the World Health Assembly 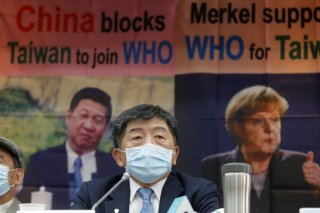 The World Health Assembly (WHA), the decision-making body of the World Health Organization (WHO), will hold its seventy-fifth annual meeting in Geneva on May 22-28, 2022. Taiwan has failed to obtain an invitation from the WHO to attend WHA’s annual event since 2017, when the Democratic Progressive Party (DPP) returned to power in Taipei and refused to accept Beijing’s “one China” principle. From 2009 to 2016, Taiwan was able to participate in WHA meetings as an observer, under the name “Chinese Taipei,” a special arrangement agreed upon by both sides during Taiwan’s more Beijing-friendly Ma Ying-jeou administration.

In recent years, Washington seems to have quietly dropped the “statehood” condition, and U.S. policy has begun helping Taiwan to meaningfully participate in the United Nations and other international organizations. This issue has undoubtedly heightened tensions between Washington and Beijing.

Taiwan’s exclusion from the WHA serves no one’s interest: it harms China’s already poor international image since Beijing is portrayed as a bully; it adds fuel to the fire in the stalemated cross-Taiwan Strait relations and deepens the Taiwanese distrust of China; and it hurts the already deteriorating U.S.-China relations, with the U.S. government and Congress showing strong support for Taipei in defiance of Beijing’s opposition.

As the seventy-fifth WHA meeting approaches, Beijing may wish to rethink its “diplomatic suffocation” strategy toward Taiwan. Several reasons make it desirable for Beijing to change its mind and publicly welcome Taiwan’s participation in the WHA this year.

China’s image has nosedived in much part of the world in recent years due to various reasons, such as Beijing’s perceived aggressive diplomacy, its handling of the Covid-19 pandemic, and its high-handed policies in Hong Kong and Xinjiang.

According to the latest poll released by Pew in April 2022, unfavorable views of China held by Americans reached a new high, with some 82 percent of those surveyed having an unfavorable opinion of China, compared with 76 percent a year ago. China’s image remains highly negative in other advanced economies as well, such as Japan, South Korea, Germany, Australia, and Canada.

In addition to the United States, many other countries have expressed support for Taiwan’s international participation. Lawmakers in countries such as Denmark, Latvia, Slovakia, as well as in the European Parliament, have passed resolutions in support of Taiwan's participation in the WHA. International public opinions of China may not change drastically overnight, but China’s support for Taiwan’s WHA participation will likely enhance China’s image around the world.

Second, it will be a positive step in breaking the impasse in cross-strait relations.

Taiwanese politics can be highly divisive when it comes to national identity and Taiwan’s relations with China. The so-called pan-green camp supports Taiwan’s independent status from China while the pan-blue camp favors more conciliatory policies toward mainland China. People in the pan-blue camp generally dislike the DPP and President Tsai Ing-wen. But on the WHA issue, there seems to be consensus in Taiwan that the rights and wellbeing of the 23.5 million Taiwanese people should be respected and represented in the global health forum. Helping Taiwan to be part of the global public health discussions is especially important during the current pandemic. It is one of the things Beijing can do to win the hearts and minds of the Taiwanese people.

Beijing cut dialogue with Taipei and blocked Taiwan’s international participation after Tsai took office as a way to punish her government for not following “one China.” This strategy has backfired. In the end, Beijing has turned itself into the DPP’s best election helper. With weak opposition in Taiwanese politics and demographic changes, the DPP is poised to stay in power for a long time to come.

Sooner or later, Beijing will have to work with the DPP. Beijing should use the WHA meeting as a breakthrough opportunity to set up communication channels with the DPP. The likely results are warmer cross-strait relations and better Taiwanese perceptions of China. It is not prudent for Beijing to keep punishing Taiwan and the Taiwanese people because the DPP does not accept “one China.”

Third, U.S.-China relations will also likely improve as a result.

The current atmosphere in U.S.-China relations is extremely toxic. The U.S. Congress has proposed or passed dozens of anti-China and pro-Taiwan bills in recent years, many of which were passed unanimously. Notably, both houses of Congress have passed the bill calling on the State Department to help Taiwan regain its observer status at the WHA.

Secretary of State Antony Blinken issued a statement on May 7, 2022, to pledge U.S. support for Taiwan to restore its “appropriate place” at the WHA. He stated that “There is no reasonable justification for Taiwan’s continued exclusion from this forum, and the United States calls upon the WHO Director-General to invite Taiwan to participate as an observer at the WHA.”

It is clear that the U.S. government views Taiwan’s participation in the WHA very seriously. If Beijing can address U.S. concerns in this regard, members of U.S. Congress and Biden administration officials may see China in a more positive light, thus leading to an improvement in bilateral relations.

In view of recent rising Covid-19 cases in both Taiwan and China, it is a good time for Beijing to demonstrate some political skill now to break the cross-strait deadlock. Beijing can issue a public statement welcoming Taiwan’s participation in the WHA and suggesting the WHO to issue an invitation to the DPP government so that Taiwan can participate under “Chinese Taipei,” like it did between 2009 and 2016.

The name “Chinese Taipei” may not satisfy everyone in Taiwan, but it is not the right time to fix the complex political problem behind it now. And if the DPP government insists that it must attend the WHA under the name of “Taiwan,” it is likely to alienate some supporters since such a move will reveal that the DPP does not really care about Taiwanese people’s wellbeing but is more interested in pushing for Taiwanese independence.

Helping Taiwan to be fully represented in the WHA during a global pandemic will have a far-reaching and significant impact on Beijing’s international image, cross-strait relations and U.S.-China relations. Will Beijing have the wisdom and courage to take this step to serve its own interests as well as those of others?

Zhiqun Zhu is Professor of Political Science and International Relations at Bucknell University. He has written extensively on Chinese foreign policy and U.S.-China relations.