China Won’t Save the Afghan Taliban 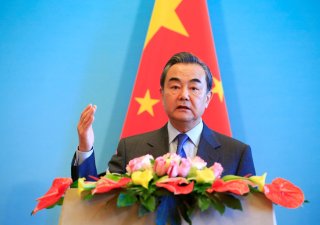 China’s companies, if they invest in Afghanistan, could see themselves blacklisted by the U.S. government and cut off from the global economy. Can we really expect large commercial actors to jeopardize lucrative business opportunities in less risky markets for the sake of a ruined, landlocked, and highly insecure country like Afghanistan?

China Metallurgical Group Corp (MCC), one of the firms involved in the Mes Aynak copper project, reportedly views sanctions as a major obstacle and “beyond our scope as an enterprise.” The Taliban in December announced that operations at the mine had resumed, but MCC refuted that claim.

It is important to stress that China supported the sanctions regime in Afghanistan. Beijing currently opposes “unilateral” penalties, but it has not called for the revocation of UN sanctions. Indeed, it acquiesced in those measures when they were initially imposed in 1999 and 2000.

China has long been uncomfortable with the Taliban. The group has close ties to the Turkistan Islamic Party (ETIM/TIP), Al Qaeda, and Tehreek-i Taliban Pakistan (TTP), which have targeted Chinese interests in Pakistan. Beijing might have kept its embassy open in Kabul and forged a pragmatic relationship with the new Afghan regime, but tensions remain.

Chinese officials repeatedly urge the Taliban to make a clean break from terrorists, revealing their concerns that terror links still exist. In a recent meeting the ambassador in Kabul told the Taliban’s acting interior minister, Sirajuddin Haqqani, that the movement should cut ties to militant groups.

China’s UN envoy urged the group to take action against terrorists after a February report found that there were several hundred Uyghur militants in Afghanistan, despite the Taliban’s patently false claim that all those fighters had left the country after the Doha agreement was signed in 2020.

Beijing has not yet recognized the Taliban “emirate,” and appears reluctant to do so. Haqqani, at his meeting with the ambassador, asked the Chinese to persuade other countries to recognize the regime. Responding to Haqqani’s request, China’s foreign ministry spokesman implied that the Taliban did not yet deserve such a status.

Despite talk of a China-Taliban “bromance,” the two are ideological opposites. One is a modern, atheist state founded on communist principles, the other a religious fundamentalist movement. Indeed, such is the Chinese government’s contempt for Islam that it has aggressively persecuted its Uyghur Muslim minority.

Not only are the Chinese authorities wary of the Taliban, but the domestic population, dosed up with propaganda about the danger posed by Uyghurs inside the country, is unsurprisingly suspicious of radical Islamic movements. Popular aversion to the Taliban will surely provide a further check on Beijing’s relations with the new Afghan regime.

The Chinese government has clearly stated what it wants to see in Afghanistan. In October, Foreign Minister Wang said that Beijing supported an inclusive government comprising non-Taliban factions; “moderate” domestic and foreign policies; a “clear break” with terrorist forces; and a “peaceful policy” with other countries, especially Afghanistan’s neighbors.

On all of these fronts, the Taliban have fallen short.

The government excludes members of non-Taliban groups. Domestic policies are extremist and intolerant. Relations with neighbors have been poor. The Taliban has clashed with Iranian border forces. Acting Defense Minister Mohammad Yaqub threatened Uzbekistan and Tajikistan with retaliation for not returning Afghan helicopters.

There have been recurrent border tensions with Pakistan and attacks from TTP militants based in Afghanistan, including an incident in early February which caused the deaths of five members of Pakistan’s Frontier Corps. Talks between Pakistan and the TTP, brokered by the Haqqani Network, failed, and the Afghan Taliban still seems to give sanctuary to the group.

TTP primarily targets the Pakistani state, but it has also attacked Chinese interests in Afghanistan. Beijing will, therefore, be keen to see the Taliban restrain these militants. But its hands are tied, as many of the rank-and-file view TTP as old allies and sympathize with their struggle against Pakistan, which supported the U.S. war.

Beijing could play a positive diplomatic role in helping to defuse tensions between Afghanistan and Pakistan. Before the Taliban takeover, China participated in a trilateral dialogue between the three countries’ foreign ministers. During Imran Khan’s visit to Beijing in February, China and Pakistan expressed their intention to resume that format.

Beijing does seem to have influenced the Taliban in some ways. The group never criticizes alleged Chinese mistreatment of the Uyghurs, for example. Some militant groups appear to have been restrained: Baloch insurgents are reportedly leaving Afghanistan.

The UN recently claimed that Uyghur militants have been moved away from the Sino-Afghan border. The anti-Chinese group ETIM/TIP has stopped issuing propaganda content from Afghanistan since the Taliban takeover, pointing to pressure from its hosts.

However, there is clearly a limit to what the Taliban is prepared to do. It has not yet extradited Uyghurs to China or expelled them, and domestic politics likely prevent such measures. Betraying the group’s old militant allies for the sake of a non-Muslim power could alienate the Taliban’s own fighters and allies, causing them to defect to ISIS-K.

In the 1990s, China pressed the former Taliban regime to crack down on Uyghur militants. While it did rein in those fighters and prevent them from attacking the Chinese mainland, it never expelled or arrested them. Beijing might again have to settle for a similar compromise.

At some point, if the Taliban manage to stabilize the country, decisively control terrorist activity, and enact reforms that pave the way for the removal of sanctions and integration into the global economy, China might increase its involvement in the country. But that day is many years off, and may never come.