China's Ambassador to America: We Need to Prevent a Trade War 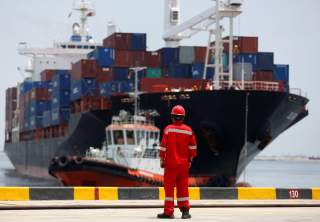 More than any other time in history, humankind is profoundly interconnected. From trade to infrastructure, to entertainment and social platforms, our societies forge new and promising links each day. It is in this environment that China strongly advocates and supports free trade and equitable international order through broadened connectivity and global collaboration. Yet, we are still divided at the same time, at least in three aspects from the point of view of political economics.

We are faced with economic and social divide within a country. Over the past several decades, technological progress has greatly enhanced productivity and created huge wealth around the world. In theory, everybody should be better off. Indeed, many are. But as this trend progresses, the gap between the “haves” and “have-nots” continues to grow even in some developed economies. On the one hand, there is concentration of wealth and power. On the other hand, there is persistent and pervasive economic, social and cultural marginalization. This is not simply the result of technological progress which has outpaced society’s ability to “keep up.” It can also be attributed to political neglect and lack of will to advocate for an equitable sharing of the newly created wealth. It is a symptom of domestic political challenges rather than a problem of external trade relations.

This persistent divide is not simply an affront to economic expansion, but also to social cohesion and political stability. We have all witnessed how information technology has transformed the ways in which we produce and do business. The emergence of artificial intelligence has the potential to upend the traditional processes of production, consumption and social interaction in our daily life. This presents a real possibility that economic and social divides could grow even wider and deeper. All of us share the responsibility of helping the society to keep pace with these tremendous changes in a way that benefits everyone instead of a selected few—a responsibility which China is actively seeking to bring forward not just for its own people, but for all of humankind.

We are faced with a division among countries. As with technology, globalization has proven transformational, inexorably shifting the economic and political landscape. China and many other countries have seized upon the opportunities presented by this trend, leading development at rates that were not thought to be possible by any metric just decades ago. However, many countries, regions and populations continue to fall behind. Even within the fastest growing emerging markets—China included—poverty remains a formidable challenge that we should be actively seeking to combat.

But despite these inequalities, some in the developed world are anxious that their developing partners are catching up too fast and becoming too competitive, resulting in an alarming rise in protectionism and economic nationalism. To quote the oft-used adage, “When you’re accustomed to privilege, equality feels like oppression.”

As a society, we must continue to shed light on these destructive and unfounded mentalities. China’s astounding development trajectory and global economic contributions stand out as an example of what happens when heightened productivity drives the expansion of the world market. This expansion, in turn, stimulates more economic development and the spread of technology. A world that is always divided between a few highly developed and a large number of underdeveloped holds little possibility or prospect for lasting peace and sustainable prosperity. Indeed, competition rather than protection makes everyone more competitive.

We recognize that a key element for competition is fairness. We have to make sure there is a level-playing field. Yet against the background of very different levels of economic development among countries in the world, absolute reciprocity is not fairness. It could be very unfair.

We are faced with a division between twenty-first century realities and outdated policies. Today, countries around the world, China and the United States included, are presented with both global opportunities and global challenges. No country can handle all this by itself. And no country can prosper in isolation. The best choice is to take win-win approach. But now we see policies that attempt to close the door and resort to unilateralism. This zero-sum mentality—underscored by policies that regard other people’s success as their losses—is dangerous. In order to achieve a bigger share of the pie, we should work together to make the pie bigger.

Regarding talk of a possible trade war between China and the United States, the logic is no different. We must not forget that trade leads to mutual benefit. On the other hand, war leads to mutual destruction. Such policies are not in line with the reality of the twenty-first century. They did not solve the problems of yesterday, still less the problems of today and tomorrow.

The best way to bridge any divide, be it divergent views on trade policy or cultural misunderstandings, is to enhance connectivity—not only in infrastructure, but also in policies, trade, finance and people, as the Belt and Road Initiative does. Let us make it our mission to avoid the pitfalls of history by building bridges over tumultuous waters rather than raising fences on either side of the bank.

Cui Tiankai is the Ambassador of China to the United States.