China's Belt and Road Plan Is Destroying the World 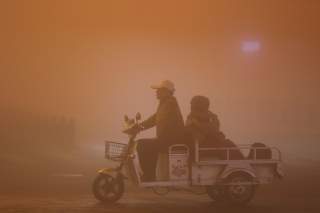 China has continually assured the world that its Belt and Road Initiative (BRI) is a green project. At the first BRI forum in May 2017, Chinese president Xi Jinping touted BRI as a “vision of green development and a way of life and work that is green, low-carbon, circular and sustainable.” Similar promises were made at this year’s forum in April. However, China has long been the world’s largest exporter of coal power equipment, exporting twice as much as its nearest competitor. At the same time as the first forum, Chinese companies were building an estimated 140 coal plants abroad, including in countries like Egypt and Pakistan that previously burned little to no coal. At the current rate, Chinese coal plant developers will drive energy investments that make it impossible to limit global warming to safe levels. If Chinese development banks continue their current practices, then pollution will inevitably worsen around the world.

The Belt and Road’s Dirty Truths

Much of what Beijing touts as development assistance for power projects worsens pollution. Nearly 40 percent of Chinese Development Bank (CDB) and Chinese Ex-Im spending on electricity generation has gone toward coal. As a result, the amount of coal-fired generation Chinese policy banks are directly responsible for between 2013, the year that BRI was announced, and 2018 could generate enough electricity to power Norway or Poland.

This surge in coal-fired generation will come with a drastic emissions increase. Chinese development finance flows between 2013 and 2018, by conservative estimates, will contribute to annual emissions equivalent to that of the Netherlands. Overall, projects backed by Chinese development banks will produce more coal-fired power globally than clean energy generation, setting the path ahead in the wrong direction. If it were not for government support, then Chinese coal power suppliers almost certainly would not be as successful and global emissions would be fewer.

The CDB and Chinese Ex-Im financed power plants in thirty-eight countries since 2013, nearly half of which are fossil fuel-based. Most Chinese-financed, coal-fired power plants built overseas use low-efficiency, subcritical coal technology, which produces some of the highest emissions of any form of power generation. In more than one-third of countries, projects funded by the Chinese development banks increase national emissions intensity. That is, Chinese foreign aid makes those countries’ power sectors higher emitting than before.

The picture is even worse in countries where China has concentrated efforts. In Pakistan, where Beijing has focused massive amounts of BRI spending through the China-Pakistan Economic Corridor, China has financed so much coal that its power investments are more than twice as emissions heavy as Pakistan’s electric grid was in 2012. Overall, as Chinese development finance in a country’s power sector increases, it becomes harder for that country to lower emissions.

The United States should not allow China to freely and falsely claim the mantle of global environmental and clean energy leadership. BRI marks a new era of U.S.-China global competition, in which Chinese funding for development and infrastructure projects could bring Beijing economic and strategic benefits at America’s expense. Take Southeast Asia, for example—Cambodia, Indonesia, Laos, and Vietnam all receive Chinese development finance for power generation projects. The region is home to the Straits of Malacca, the second largest oil trade chokepoint after Hormuz, several U.S. military installations, and the world’s fastest-growing economic market.

As it stands, Beijing is leveraging environmentally and socially harmful infrastructure projects for diplomatic capital that blunts America’s Indo-Pacific military presence and gives it a competitive advantage over the United States in an important emerging market. On the other side of Asia, Beijing-backed coal projects are, in part, helping the Chinese Communist Party deepen defense cooperation with Islamabad while worsening air pollution that already causes tens of thousands of premature deaths annually.

Further, the United States should cement ongoing partnerships with Australia, India, and Japan—some of America’s strongest allies in the Indo-Pacific region—to internationalize new standards on “quality infrastructure.” Even with the creation of the new International Development Finance Corporation (DFC), the United States cannot compete dollar for dollar with BRI. This burden-sharing strategy will help pool and coordinate funds competing with Beijing.

The United States will find it difficult to sway countries away from Chinese development finance and China away from financing low-quality coal projects. That China has been supporting coal abroad while canceling coal projects at home is simple self-interest: Beijing sees coal equipment exports as a solution for excess industrial capacity. Beijing must keep legacy coal manufacturers afloat because the Chinese coal industry and steel industry, which depends on coal, supply roughly twelve million Chinese jobs. The United States should consider the important role that domestic concerns play in Beijing’s development assistance plans and pursue strategies that help assuage them. The Energy Department could facilitate projects to transition coal and steelworkers in both the United States and China into roles in the clean energy economy, such as the production and installation of solar panels and wind turbines.

Chinese development finance likely has an even more harmful impact than visible, given the low quality of Chinese coal technology. More transparency would allow the United States to engage China on BRI’s true environmental and social impact. If the United States can successfully push China to become a more responsible provider of development assistance, then global prosperity would grow, emissions increases would slow, and Beijing’s ability to deploy foreign aid at America’s expense would diminish.

Sagatom Saha is an international energy policy analyst and master’s candidate at the Woodrow Wilson School of Public and International Affairs.