China's Belt and Road to Nowhere 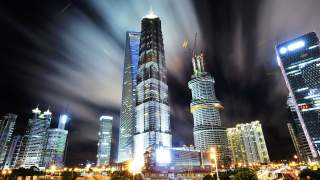 A great deal of attention is being paid by Western media to China’s ambitious Belt and Road Initiative, the most ambitious foreign-policy initiative yet for paramount leader Xi Jinping. Launched in 2013 under the slogan “One Belt, One Road,” the effort involves China spending billions of dollars on infrastructure projects in countries along the old Silk Road linking it with Europe.

The ambition of Xi is immense, but it is largely driven by insecurity. Western media parrots China’s propaganda about the Belt and Road Initiative. “Its ultimate aim is to make Eurasia (dominated by China) an economic and trading area to rival the transatlantic one (dominated by America),” reports the Economist.

But in fact the motivations for China are far more simple and direct than this grandiose vision suggests. Viewed through the prism of China’s economic progress over the past decade, the Belt and Road program is merely a continuation of China’s massive internal investment in infrastructure—only on a larger scale.

China is spending roughly $150 billion annually to build roads, rail lines and other infrastructure in sixty-plus countries that have signed up to the scheme. The obvious question is whether China can support such a gigantic effort.

In 1958, Mao announced the “great leap forward,” a program grounded upon the Marxian prescription for the advancement of industrial technology which ultimately resulted in the deaths of between twenty million and forty million Chinese nationals. Christopher Balding, writing for Bloomberg View, questions the financial logic of Xi’s version of the “great leap forward” of the Maoist period:

China's just-completed conference touting its Belt and Road initiative certainly looked like a triumph, with Russian president Vladimir Putin playing the piano and Chinese leaders announcing a string of potential deals and massive financial pledges. Underneath all the heady talk about China positioning itself at the heart of a new global order, though, lies in uncomfortable question: Can it afford to do so?

Foreign analysts often try to understand Chinese thinking and priorities using the commercial and economic logic of the West, but, in fact, asking whether China can afford the Belt and Road effort is to ask the wrong question. In the minds of China’s leaders, who fear political instability above all else, the real question is whether China can afford not to spend more tens of billions on infrastructure projects to keep the country’s restive population under control.

Going back to President Xi’s meeting with President Donald Trump earlier this year and his carefully scripted defense of free trade, the Chinese leader is clearly focused on creating new channels to absorb China’s massive overcapacity. “Trade is the important engine of economic development,” Xi said at a summit of world leaders in Beijing that was largely ignored by the United States, European nations and India.

Just as Germany channeled its surplus savings to the nations of Southern Europe, China has been allowing its citizens to invest trillions of dollars in the United States, Canada and other nations, often focused on direct investment in companies and real estate. Over the past five years, for example, Chinese nationals ploughed $1 trillion into foreign real estate and other assets.

“The most important economic truth to grasp about the U.S. trade deficit is that it has virtually nothing to do with trade policy,” noted Daniel Griswold of the Cato Institute in testimony before Congress two decades ago. “A nation’s trade deficit is determined by the flow of investment funds into or out of the country. And those flows are determined by how much the people of a nation save and invest—two variables that are only marginally affected by trade policy.”

Thus, when we look at China’s massive investment in infrastructure outside of its own borders, we see the imperative of the Chinese Communist Party (CCP), namely political stability. Measured in economic terms, many of China’s supposed “investments” along the Silk Road don’t make a great deal of sense.

But viewed from the political perspective of employing China’s people and the accumulation of unused capacity inside the Chinese economy, the Belt and Road makes perfect sense. Beijing’s mixture of political and economic priorities will not necessarily result in an overall policy formula that is actually workable. Note for example, the November 2016 decision to impose barriers on foreign investments by private individuals and companies.

The de facto currency controls are slowing the outward flow of investment—and dollars—from China, a change that has negative implications for the value of the U.S. currency, the United States real estate market and also implies a weaker Chinese renminbi (RMB).

As we have noted in previous articles for the National Interest, the Chinese RMB has been under pressure to depreciate against the dollar. China’s central bank sold over $1 trillion in U.S. Treasury bonds to provide the dollars to slow down the decline (by buying RMB). Indeed, over the past several years China’s massive foreign currency reserve shrank from $4 trillion to $3 trillion as the country’s nationals went on a spending spree acquiring real estate and commercial assets in the United States and other nations.

With the imposition of currency controls last year, however, China’s posture as a net investor around the world is changing. The propaganda headlines of the Belt and Road Initiative suggest a massive capital outflow to other nations, but, in fact, just the opposite is the case. Indeed, the South China Morning Post reports that Beijing's strict capital controls are delaying private investments that are part of the Belt and Road project.

First and foremost the importance of China’s Belt and Road Initiative is political, namely to show President Xi Jinping in control of China’s command economy as he consolidates political power as dictator of China and the unquestioned leader of the CCP. Under Xi, the era of collective leadership in China is well and truly at an end.

But second—and more important—the continuing effort by China to “pump prime” internal economic activity via gargantuan infrastructure projects, both at home and abroad, reveals a basic flaw in the Chinese economy. Only when the political monopoly of the CCP has ended and China’s people are truly free to make economic and political choices will the country be able to provide sufficient investment opportunities at home so that desperate measures such as the Belt and Road spectacle will no longer be necessary.

Christopher Whalen is senior managing director and head of research at Kroll Bond Rating Agency. He is the author of Inflated: How Money and Debt Built the American Dream (Wiley, 2010) and the coauthor, with Frederick Feldkamp, of Financial Stability: Fraud, Confidence and the Wealth of Nations (Wiley, 2014). His website is www.rcwhalen.com.