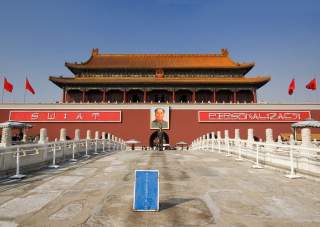 The downfall of former Politburo Standing Committee member Zhou Yongkang, who was formally placed under investigation by the Chinese Communist Party, has been greeted with elation in China. Only the demise of Zhou’s political ally and former Chongqing party boss Bo Xilai two years ago elicited similar public reaction.

To be sure, Chinese officials received the news of Zhou’s fall with mixed feelings. Those who resented the power and reach of Zhou before his retirement from the party’s top decision-making body twenty months ago are unquestionably relieved to see the former internal-security chief headed to jail, but a very large number of Chinese officials must be wondering whether they themselves will get a visit from Chinese leader Xi Jinping’s much-feared “tiger-hunters” and “fly-swatters” (Chinese slang for corruption busters).

While it is easy to understand why many Chinese officials are living in daily dread of Xi’s war on corruption, it requires a deeper appreciation of Chinese society to make sense of the unusual scorn and vitriol ordinary people and influential media commentators have heaped upon Zhou, his family, and his cronies since Beijing officially announced the corruption probe against Zhou.

Given the bubble in which Chinese elites live and the official secrecy surrounding their personal and family matters, it is a safe bet that few Chinese actually knew very much about Zhou as a human being, and definitely even less about his misdeeds, until the most recent spate of rumors and investigative reports on the scandals engulfing Zhou, his family and his former lieutenants.

Yet, if you read online comments on Zhou, you might believe that Zhou must have committed unspeakable crimes against the commentators themselves personally.

For those who have been closely watching the evolving relationship between the Chinese people and Communist Party officials, the hatred toward disgraced officials, publicly expressed by ordinary people, is part of the phenomenon known as chou guan, or “hating officials.” Chou guan became a Chinese zeitgeist in the last decade when ordinary people grew increasingly outraged by the corruption, petty despotism, arrogance, deceit and decadence of government officials.

Thus, for the average Chinese, Zhou is the most senior representative of China’s deeply corrupt officialdom. It does not matter what Zhou has done or even whether the official allegations against Zhou and his family are true. As the Chinese saying goes, “all crows are black,” no official inside the Communist Party can be possibly clean or decent.

This sentiment, while a bit extreme, nevertheless can be excused by, ironically, the Communist Party’s remarkable success in painting disgraced officials as brutal, greedy and lascivious monsters. The party has a tradition of demonizing those it chooses to punish, since it must show that its decisions are fully justified and those it has disgraced deserve no mercy. Thus, if you read official accounts of government officials caught for various corrupt acts, these individuals are described with the most derogatory adjectives normally associated with animals or devils. Should you believe such accounts, characters like Zhou and Bo have absolutely no redeeming value.

In the case of Zhou Yongkang, of course, we have yet to hear from the Chinese authorities regarding his exact misconduct. The official announcement on his investigation released on July 29 contained only seventy-seven words. But unfortunately for Zhou and his family, they have already been convicted in the court of Chinese public opinion, as Bo Xilai’s was two years ago.

This is largely because of the power and influence of China’s rumor mill. In authoritarian regimes where truth is a scarce commodity, rumors and conspiracy theories dominate private conversations and acquire an unusual degree of authority and credibility. In particular, rumors about the top ruling elites’ private lives appear to have a pernicious grip on popular imagination.

Since rumors about Zhou’s trouble began to circulate in the fall last year (he was actually detained in December), the Chinese grapevine was quickly filled with sensational allegations about the heinous acts committed by Zhou and his cronies. Zhou was said to have murdered his first wife, a peasant girl who bore him two sons. Another rumor claimed Zhou plotted to stage a coup and assassinate Xi Jinping in Beijing in March 2012 shortly after the fall of Bo Xilai. Other, even more salacious stories recounted Zhou’s debauchery (the prima facie evidence is his marriage to a Chinese Central TV anchor half his age in 2001—corrupt and lusty Chinese officials all have a soft spot for young, attractive female TV anchors).

In short, whatever the Chinese public has learned about Zhou only reconfirms their stereotypical view of a ruthless, evil official who has managed to climb to the top of the party’s hierarchy. Zhou, in one word, is a symbol of what is wrong with the Chinese political system.

The chou guan phenomenon presents Xi Jinping with a tricky challenge in handling Zhou’s pending prosecution. The temptation for Xi and his colleagues is, of course, to depict Zhou as an irredeemably corrupt official deserving the most severe punishment. But doing so will unavoidably tarnish the party’s image. It remains to be seen how Xi and his fellow tiger-hunters can successfully help a skeptical and outraged public make the distinction between Zhou the monster and the party he has served, by all accounts quite ably, for half a century.

Minxin Pei is the Tom and Margot Pritzker ’72 Professor of Government at Claremont McKenna College and a non-resident senior fellow at the German Marshall Fund of the United States.