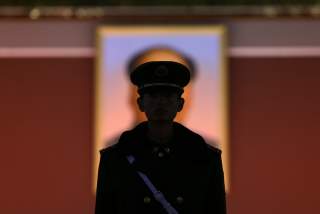 China has renewed its diplomatic offensive to poach Taiwan’s remaining diplomatic allies, reasoning that by doing so it can turn up the pressure on Taiwan’s president Tsai Ing-wen as she heads into a reelection race, increase Taiwan’s international isolation and create headaches for the United States. China, however, is miscalculating. While Beijing’s efforts to peel away Taiwan’s diplomatic allies may provide a short-term boost to China’s leadership, this strategy actually hurts China’s long-term interests.

Since President Tsai’s election in 2016, seven countries have dropped Taiwan in favor of China. China is enticing countries to drop Taipei in favor of Beijing to visibly demonstrate its frustration with President Tsai for not endorsing the “92 Consensus”, a “one China” framework that her predecessor accepted and enabled closer cross-Strait ties and a “diplomatic truce.” Following the recent news that Kiribati had severed ties with Taiwan, the New York Times ran an article with the headline, “As Taiwan Loses Influence, China Gains Ground in Race With U.S.” The Wall Street Journal’s article argued the development reflected China’s “strategic gains in the region.” Whenever Taiwan loses an ally, nearly the same article is written: the event demonstrates China’s increasing power, Taiwan’s dwindling international standing, and America’s quickening retreat. This analysis, however, is flawed.

As with everything related to Taiwan and cross-Strait relations, words matter. While this article has thus far referred to “Taiwan” due to readers’ familiarity with the name, it is important to clearly state that no country has ever severed relations with Taiwan because no country has ever had official relations with Taiwan. Instead, those countries that maintain official diplomatic relations with the island do so with the Republic of China (ROC). Those seven countries that have switched since 2016 have ditched the ROC for the People’s Republic of China (PRC). It is a distinction with a difference.

The ROC was established in 1912, and the Kuomintang (the Nationalist Party, or KMT) soon thereafter began stitching together a China that, during the final years of the Qing Dynasty, had splintered into territories controlled by warlords. Chiang Kai-shek led the KMT through this process and eventually settled his government in Nanjing. Soon, however, Mao Zedong led his Communist followers in waging a bloody civil war against the KMT. Forced to simultaneously fight Japan and the Communists, the Nationalist government lost the war against Mao, and in 1949, Chiang and his followers retreated onto the island of Taiwan, setting up a government-in-exile.

For the rest of his life, Chiang clung to the idea that one day he would return to mainland China and overthrow Mao. The ROC would then establish control not only over the island of Taiwan, but also over all of the territory Mao took over and governed (what we know today as the PRC). Indeed, legislators representing districts located on mainland China continued to sit in Taiwan’s Legislative Yuan until 1991. The PRC inherited all of the ROC’s territorial claims, and as far as it was concerned, Chiang ruled over a renegade province that one day had to be brought under the PRC’s control. While the Chinese Communist Party (CCP) has never governed the island of Taiwan, gaining control over the island remains one of its top priorities. Taiwan, for its part, continues to officially refer to itself as the ROC and fly the ROC flag. Its president greets foreign visitors underneath a portrait of Sun Yat-sen, the founder of modern China, whose picture also adorns its legislature.

China’s efforts to peel away the countries that continue to recognize the ROC threaten this link between Taiwan and mainland China and undermine Beijing’s ultimate claim that Taiwan is a part of China. If no country were to recognize the ROC, an additional barrier to Taiwan’s formal, de jure independence would be removed. After all, someone on Taiwan might ask: if no country recognizes that the ROC continues to exist as a political entity, why should we uphold this idea? Why not just declare that Taiwan is its own political entity, with no relationship to the mainland and without a lineage that can be traced back to the ROC?

Indeed, some pro-independence leaders on Taiwan are already floating this possibility. Former premier and DPP chairman Yu Shyi-kun has argued that if Taiwan lost all of its diplomatic allies in its present form as the ROC, it could gain allies as an independent Taiwan. China’s efforts to erase all legacies of the ROC is a strategic miscue that could backfire dramatically.

The PRC holds that the ROC ceased to exist when Mao took power in 1949, and therefore it is fitting for countries to establish diplomatic ties with it over Taipei. But if Beijing took a more expansive view of its interests and was committed to peaceful unification with Taiwan, as it continues to claim, then it would realize it has an interest in the continued international recognition of the ROC by a handful of strategically insignificant countries. The ROC’s constitution, after all, states that Taiwan is a constituent part of China that includes the area now governed by the PRC. The ROC’s existence, though, is tied to having countries that recognize it as a sovereign entity. Surely Taiwan, which China asserts is a “core interest,” is more important than, say, diplomatic ties with a country that has a population of 20,000. And with just over a dozen countries that continue to recognize the ROC, the status quo does not threaten China’s international standing, nor materially hurt its political, security or economic interests.

In short, luring diplomatic allies away from Taiwan might be an easy way for China to poke President Tsai (and the United States), but erasing all legacies of the ROC is not in China’s long-term interest. Evidence of this can be found in polls that ask those on Taiwan whether they identify as “Taiwanese,” “Chinese” or “both.” In the most recent poll, the percentage of those who identified as “Taiwanese” increased for the first time in four years, reaching 57 percent of those surveyed. Increased Chinese pressure, combined with concerns over what is happening in Hong Kong, China’s increasing authoritarianism at home, and generational shifts on Taiwan are also turning public opinion on Taiwan away from unification. The percentage of those who favor unification with China either as soon as possible or at some later date has also decreased as China has intensified its diplomatic offensive, while the percentage of those who favor moving toward independence has increased. Attempts to erase all traces of the ROC will only further push Taiwan away.

When the news breaks that another country has decided to establish ties with the PRC and sever ties with the ROC (Taiwan), the analysis will be predictable. The development will be explained as further evidence of China’s increasing influence, Taiwan’s growing isolation, and America’s waning power. The real story, however, is more complex. Observers often portray China as a country with unique strategic foresight that has the ability to implement a long-term strategy and incrementally further its interests and fulfill its goals. The issue of Taiwan’s diplomatic allies demonstrates that this is not always the case and China instead pursues policies that may help it in the short-term but will damage its interests in the long run.

David Sacks is the special assistant to the president of the Council on Foreign Relations.