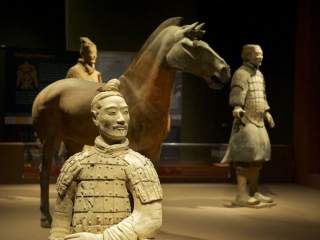 HOW DOES culture shape politics? In her classic book Strategic Intelligence and Statecraft, Adda B. Bozeman argues that “American citizens must be fully aware of non-American approaches to statecraft if they are to render informed judgments on the merits or demerits of their own government’s foreign policies . . . ” Her study amounts to a cogent call for cultural realism, a realism that entails an effort to understand the political cultures of our allies and adversaries and how those cultures might influence their internal and external behavior. This is a vital enterprise now as Western political ideas have been largely discredited, or at least are in significant decline, in much of Asia, the Middle East and Africa. The response has been a resurgence of ancient, indigenous political ideas and movements now redefined in modern terms. The cataclysmic rise of political Islam in the Middle East is clear to all. Equally consequential over the long term are an emerging national Hinduism in India and the reassertion of Great Russian power in Moscow and Eastern Europe.

In East Asia, the major question is China. There are many factions in the Chinese political debate: New Left intellectuals, neo-Maoists, Westernized reformist liberals, nationalists and militarists. There is also a great deal of talk of a “New Confucianism” promoted in Chinese official discourse as a form of soft authoritarianism that emphasizes harmony, stability, benevolence and avoidance of conflict.

Recent trends in Chinese politics, however, argue for a new look at an ancient political philosophy that has never been far from the center of Chinese political thought and practice—Legalism. Indeed, we are now seeing a resurgence of Legalist discourse and methods in the presidency of Xi Jinping. Journalists have reported on Xi’s fondness for the Chinese classics, including the Legalist writers. But much more significant signs of a move toward a modernized Legalism are clearly evident in recent CCP Central Committee communiqués, internal CCP documents leaked or discussed in the press, and in the speeches of Xi Jinping collected in his book The Governance of China.

Despite talk of grassroots democracy and official accountability at the Third Plenum of the Eighteenth CCP Central Committee held in November 2013, the real news was a move toward greater centralization of power in Xi himself and in the new institution of the National Security Committee. The Fourth Plenum held in October 2014 represents a further development in the same direction. The official communiqué especially emphasized legal reform, the foundation of the anticorruption drive. One of the main sources of social unrest in China is the tendency of officials to coopt the law and make it a tool of personal profit. The reform is designed to take the law out of the hands of local officials with private interest and institute it in a system of impartial regulations, founded in China’s constitution. But this is not a move toward “constitutionalism,” which Xi and the CCP have explicitly rejected. It is rather a move to strengthen the law as a method of political rule and governance. The key phrase, “govern the state according to law” (yi fa zhi guo), means enforcing discipline from the top down on party and government officials first, and then, by the party, on the population.

These measures are much more than a means to restore the moral authority of the CCP. They represent a fundamental shift from a discredited Communism and tentative flirtations with limited Westernization—both foreign imports—to a greater reliance on political thought and practice deeply rooted in China’s own traditions. All of these reforms and trends in recent Chinese politics are thoroughly consistent with Legalist thought and practice.

LEGALISM HAS for centuries been the center of gravity of Chinese political culture. Even Confucianism, commonly believed to be China’s ruling ethos, was first articulated in the sixth through third centuries BC in opposition to the practice of establishing legal codes. The earliest of these were inscribed on bronze vessels in the sixth century BC in the states of Zheng and Jin. Confucius’s (551–479 BC) classic argument against this use of law as a tool of statecraft is recorded in the Analects: “When you govern them by means of administration and punishments, the people evade these measures and are without shame. When you govern them by means of virtue and ritual, they have shame and reform themselves.”

Confucius advocates royal power based in morality and tradition. Moral education and self-cultivation would bring a restoration of the good society. These ideas are framed in direct opposition to the Legalist measures of bureaucratic administration and punishment, the political instruments most favored by the rulers of Confucius’s time. The Legalist answer to this argument is powerful. Han Fei (280–33 BC), one of Legalism’s foremost voices, posed the example of a recalcitrant boy. All the admonitions toward goodness by his parents, neighbors and teachers fail. But, once the district magistrate sends soldiers to enforce the law, he is brought by the sheer force of terror to reform his conduct. What all the moral suasion of a loving family and tradition could not achieve, the bureaucratic state brings about at a stroke.

The vigorous debate between advocates of legal codes and followers of Confucius brought forth both the Confucian and Legalist schools of philosophy during the Warring States period (475–221 BC). Legalist thought received a full philosophical articulation in the writings of statesmen such as Shang Yang (fourth century BC) and Han Fei, both associated with the state of Qin, which succeeded in the military conquest of all the Warring States and the founding of the first Chinese empire in 221 BC. It was Legalist thought and practice that propelled the centralization of power in the hands of a single monarch, laid the foundations for the state bureaucracy and established the efficient and effective legal codes that became the pattern for Chinese politics for the next two millennia. No subsequent dynasty ever dismantled the Qin bureaucratic-Legalist state. In the second century BC, Legalist methods were used by the succeeding Han dynasty Emperor Wu to consolidate the power and authority of the Han government, which lasted from the third century BC to the third century AD. The Tang dynasty (618–907) implemented Legalist ideas again in the early seventh century with the promulgation of the Great Tang Legal Code, which served as the foundation of Chinese law through the rest of its dynastic history, into the twentieth century. Zhu Yuanzhang, founder of the Ming dynasty (1368–644), and known to posterity as Ming Taizu, left detailed instructions to his successors that attempted to make permanent for all time his code of laws and regulations. He also famously abolished the office of the prime minister in a move to concentrate all power in the hands of the emperor himself and a secretariat that worked closely with him, a reenactment of the centralization of the Qin state and an anticipation of Xi Jinping’s successful accumulation of political and military authority with the establishment of the National Security Committee.

Legalist thought provided the intellectual foundations for Peng Dehuai, Liu Shaoqi and Deng Xiaoping’s opposition to the ideological excesses of Maoist rule during the Great Leap Forward in the late 1950s and the ten-year Cultural Revolution in the 1960s and 1970s. Peng’s trenchant critique of the Great Leap Forward emphasized the pragmatic manipulation of real circumstances and rational state planning over the imperatives of ideology, both hallmarks of Legalism. These are also the guiding ideas of Deng’s reform program, the reforms that brought about the spectacular rise of the Chinese economy and state to its present emergence as a major world power. In the light of long-term history (longue durée), Xi Jinping’s political consolidations, legal reforms and policies are just the most recent expression of China’s perennial Legalist political culture.

In Legalist thought, the purpose of government is twofold: on the positive side it is the accumulation of wealth and power to ensure that the king rules supreme both at home and abroad; on the negative side it is to avoid internal weakness and instability and to prevent annexation and dismemberment by other states in the system. Xi Jinping’s articulation of the “Chinese Dream” is thoroughly consistent with the Legalist ideal. In the speeches collected in his book, Xi promotes the dream of the rejuvenation of the Chinese nation—internally strong, unified and prosperous, and therefore invulnerable to attack and dismemberment from abroad. The intellectual wellspring of Legalism plays directly to the Chinese historical experience of weakness and dismemberment in the nineteenth and twentieth centuries. Legalism provides both a compelling political explanation for that history and a Chinese way to turn China’s “century of humiliation” into a Chinese century. From these objectives flow the other principles of government, all of which are informed by a distinctive view of history and human nature.

THE CONFUCIAN argument is that history exhibits certain moral patterns stemming from heaven and human nature. If the king would only cleave the political order to these eternal patterns, the natural order of man and nature would thrive. The Legalists mocked this idea. History for Shang Yang and Han Fei was a never-ending progression of changing circumstances to which kings had to respond correctly in order to survive. Each age has its own dynamic that must be clearly understood and dealt with. No abstract, metaphysical notions of a transcendent morality or constant pattern of history could or should act as a guide to statecraft. In the time of Shang Yang and Han Fei, Legalism opposed the Confucians’ moral assumptions. Legalism in the present opposes the Maoist emphasis on ideological purity and the ideological mass campaigns used by Mao as an instrument of rule in the early years of the People’s Republic. Deng’s famous slogan, “seek truth from facts,” and his notorious justification of capitalist political economy in socialist China, “It doesn’t matter whether the cat is black or white; as long as it catches mice it is a good cat,” are modern expressions of very ancient Legalist ideas about the uniqueness of historical moment and circumstance.