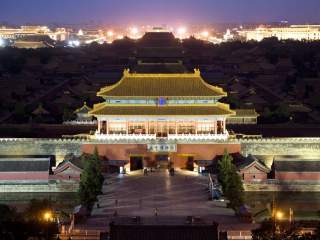 If the past is any guide, China will become more of a target as the U.S. presidential campaign enters its final phase. Republican candidate Donald Trump’s statements about levying high tariffs on imports from China have already elicited rebukes from senior financial officials, and Democratic candidate Hillary Clinton’s perceived hard-line security views toward China are a source of discomfort for Beijing’s leadership.

Such sentiments exemplify the intense scrutiny that China’s economic and foreign policies receive in the United States. and abroad. Whether one is a politician, a foreign investor or a diplomat, one is influenced by beliefs shaped by location and values, as gleaned from major public opinion polls. Political, economic and security considerations influence views, and together they explain why relations between China and the United States. and its allies in Asia are under increasing stress.

Sentiments towards China featured prominently in the 2012 U.S. presidential election, with both incumbent Barack Obama and his challenger Mitt Romney competing to be the candidate who would be harder on China if elected. Not surprisingly, Pew surveys of Americans that year showed that voters thought it more important to get tougher on China (49 percent) than to build stronger relations (42 percent)—but two years later, as politically driven imperatives subsided, the sentiments reversed, with 51 percent favoring stronger relations and 43 percent arguing for getting tougher.

This time around, China-related issues have featured less in the primary campaigns, given the dominance of personality and Washington-centric ideological infighting. But once the nominations have been made, neither side will want to be seen as being softer on China, driven by escalating protectionist sentiments at home and the administration’s rebalancing of power in Asia.

Public perceptions have nurtured these positions. Opinion polls show that most Americans worry about China’s increasing economic strength, and think China is untrustworthy. A majority of both Democrats and Republicans hold China responsible for the United States’ trade deficits and outsourcing of jobs abroad, with Republicans significantly more negative than Democrats. This has encouraged punitive actions including countervailing tariffs and claims with the WTO that China’s exports are unfairly subsidized.

It has also provided a rationale for the United States’ major trade initiative, the Trans-Pacific Partnership (TPP), to exclude China, consistent with the view that most Americans believe that China’s trade practices are unfair. The TPP is now being questioned by both parties and to sell it, many of its advocates are relying on the argument that it is the best option for checking China’s influence in the economic arena. Such sentiments also fuel the annual exercise about whether China should be labeled a currency manipulator, even if most trade experts see this as a nonissue.

Globally, there is a marked shift in security concerns coming from China’s increasing economic might and willingness to exercise it. Many see China’s accomplishments as a laudable outcome that has benefited the world. But the majority of Americans see China’s economic rise as a threat to their country’s global stature. Europeans are less preoccupied with power politics, but share America’s worries that Beijing may try to propagate its own style of development and values. There is generally less apprehension in the rest of the world, but views vary significantly, influenced by proximity and colored by history.

Ironically, the Chinese people do not see the United States so negatively, with various polls showing that their sentiments include considerable admiration for American ideas, customs and scientific accomplishments. This reaffirms the major advantage that the United States has in projecting its soft power as a complement to its military superiority.

The U.S.-China relationship is unique because these perceptions have been influenced as much by economic trends as political factors. China’s emergence as the world’s largest trading nation is mirrored in America’s relative economic decline over the past decade, as the latter’s financial vulnerabilities triggered the 2008 global financial crisis, soon followed by Europe’s budgetary woes.

The reason why both the United States and Europe see China as the leading economic power comes from the misleading perception that a country’s economic strength derives from its trade balances. China has huge trade surpluses with the United States, and to a lesser extent Europe, but has incurred deficits with the rest of the world, especially with commodity exporters and its East Asian neighbors. This generates considerable insecurities in the West, rooted in fears over losing competitiveness, but a country’s economic strength comes more from the quality of its institutions and human capital, which is correlated with its per capita GDP, rather than trade balances and the size of its economy. With a per capita GDP placing it around eightieth globally, China is not yet ready to assume the preeminent position.

Yet from a broader perspective, many appreciate that the world is better off with a more prosperous China. This accounts for the generally positive favorability ratings towards China in the first half of the 2000s. But by 2006, America’s trade deficits and increasing complaints of unfair competition drove a decline in favorability ratings that bottomed out with the global financial crisis in 2008. From 2009–11, China’s strong growth was again seen more favorably, for propping up global demand as the West struggled with its financial problems.

More recently, sentiments have turned strongly negative as the United States launched its pivot to Asia and China became more aggressive in challenging its neighbors over island disputes. Such sentiments have been strengthened by long-standing concerns about China’s authoritarian system, prompted recently by actions taken by the leadership to curb civil liberties. Hard-liners have been encouraged by perceptions of an increasing security threat, though most China observers realize that China is generations away from seriously challenging America’s military dominance.

European countries are more conflicted than the United States in their favorable sentiments towards China. They have been less negative than Americans in part because of the absence of any great-power rivalry with China. Their feelings towards China are also affected by their views of the United States, while American views of China are independent of their views of Europe. Many Europeans feel the need at times to distance themselves from U.S.-led initiatives. But unlike the United States, European sentiments have not fluctuated as much over the years, although they vary significantly across countries, with eastern Europeans tending to be more positive, given historic relations.

Within western Europe, official and popular perceptions vary significantly, as exemplified by Germany and the United Kingdom. The Germany-China economic relationship is seen as the strongest within Europe since Germany is by far China’s largest trading partner in the EU and China is Germany’s largest trading partner in Asia. Yet polls consistently show that the German public is more negatively disposed towards China than other Europeans, driven by an especially hostile media. Public sentiments are shaped by diverse reasons, including culture, competitive pressures and seemingly random coincidences. For Germans, the drivers include a strong aversion to China’s pervasive corruption and weak legal system, as well as the bad publicity it receives due to Chinese dissident artist Ai Weiwei’s family, who live in Berlin, and the World Uyghur Congress, whose headquarters are in Munich. All these factors foster particular emotions, which are then reflected in the media.

At the other end of the spectrum, many would assume that British public opinion of China would be more negative, because of sentiments about the governance of Hong Kong, and the UK’s much larger trade deficits with China relative to its continental partners. Such sentiments, however, appear to be overshadowed by the extensive personal interactions between the British and Chinese people, fostered by tourism and education exchanges as well as financial and services links that are seen as mutually beneficial. Thus it should not have been a surprise that the UK took the lead among EU members in joining the China-initiated Asian Infrastructure Investment Bank in 2015, to the discomfort of the U.S. administration.

Outside of the United States and Europe, views vary by region and also over time. In Asia, feelings are much less favorable today compared with the years that followed the Asian financial crisis, when China’s financial support and a concerted charm offensive generated considerable good will. But today, island-related sovereignty issues have exacerbated tensions, particularly with Japan, Vietnam and the Philippines—although until very recently, China was seen fairly positively in countries like Malaysia, Thailand and Indonesia. In Latin America and Africa, China’s rise is judged more favorably because it has buoyed their economies, although there is now an underlying concern that its economic slowdown is dampening their prospects.