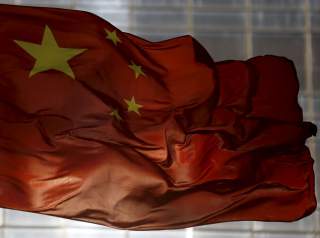 The concept of soft power in international relations was put forward by theorist Joseph Nye in the heady days following the fall of the Berlin Wall. The concept was set against hard power—military might—and represented the ability of nations to guide international affairs through something less than force. In a recent article in Foreign Policy, Eric X. Li asserted that the concept of soft power has gone through decline, but that the emerging Chinese model may be poised to step into the vacuum created by the apparent faltering of the Western democratic-neoliberal paradigm.

At the core of soft power is the idea that in the decades following the end of the Cold War, the end of history (or at least large-scale international strife) was precipitant and that democracy could be spread through means other than military conquest: that the world was on the road to deploying democratic institutions that would finally realize a cooperative international system. This included open markets, international aid, and the expansion (and sometimes imposition) of democratic systems on the anarchic post–Soviet milieu. However, with the failure of ebullient American-style democracy to take fast root in several high-profile cases—Iraq, Afghanistan, and Libya come immediately to mind, to say nothing of the questionably democratic nature of the current Russian political system—and the spread of nativist politics across the West has caused many to question the validity of the perspective espoused by Nye and mobilized across the world.

Now, with the West turning in on itself, China appears to have developed a quite successful—albeit nondemocratic—internal political structure that has allowed it to succeed in creating an ever-expanding international-economic footprint. Li asserts that soft power is not necessarily a thing of the past. Instead, China may be poised to step into the void left by the apparently mounting self-immolation of the Western project.

There is a flaw at the core of the author’s analysis of why neoliberal soft power was able to make any lasting headway over the past two decades. The past problem is not inherent in Western-style democracy, any more than future success is to be found in the political stylings of emergent China.

Li is not wrong about the challenge to soft power that many of the post–Cold War democratization efforts met . . . the results of twenty years of exporting liberalism remain highly questionable. Externally imposed democratization is more likely tied to the looming threat of hard power and massive aid regimes borne by those evangelists of democracy. One has to question that, absent that hard power or if the financial spigot was to turn off, if the soft-power system would have had the same impact in spreading democracy.

Contrary to Li’s perspective, it is not the fact of the West’s use of soft power over the decades following the end of the Cold War that has been the problem. Western-style liberal democracy has been and still proves to be an incredibly successful system of governance. China’s touted ascendency aside, the problem isn’t some fundamental flaw in the Western enterprise that China has now corrected with its freshly non-liberal approach to government. The problem was a misunderstanding of the organic nature of the intra-national social contact on the part of neoliberal internationalists. Soft-external power will likely never be sufficient to change a government, regardless the ideology. This is especially true in the short term. The liberal soft-power concept only had three decades to work on civilizations that have been around for hundreds (if not thousands) of years.

Any use of soft power that doesn’t take significant account of how and why a nation’s government has developed the way it has is doomed to fail. Supplanting Western soft power for China’s simply dresses up the same pig in different color lipstick.

The application of soft power in the 1990s through around 2015 seems to have been predicated on the concept that the arc of history bends toward justice or freedom, or something similar. While this assertion is an odd amalgamation of Marxist-Hegelian historical dialectic and classical liberal national systems, the interaction of these two seem to produce a certain expectation of the ready openness of any society to rule-of-law, individual rights-based democratic political systems. To put it plainly, Western liberals seemed to buy into the notion that “freedom” and “democracy” were the default settings of humankind. From that perspective, all the West needed to do was remove the externally imposed barriers to that freedom and then a democracy would take root and grow naturally.

The tendency to focus on liberating nations—whether through military action in Iraq in the hard sense, or though development aid and UN development programs in sub-Saharan Africa in the soft sense—exemplifies perfectly the short sighted nature of the Western attention span. While liberating may be laudable, it can only be the first step. Americans quickly got bored with nation-building in Iraq and Afghanistan. It’s as if all those pictures of blue-purple stained fingers following the first democratic vote should have been the end of major operations and all that was left was to help a friendly liberal democratic nation emerge onto the world stage. The subsequent years of internecine wrangling hit the West at the center of its apple pie naiveté (and helped to usher in the more protectionist approach to international relations that we are seeing now).

The fundamental problem was that the West (and according to Li, possibly China) thought it had found the secret to societal success, and simply exporting it through soft-power influence (backed up by a solid military and economic superiority) would be enough to stabilize the intentional system.

Li argues that there is some amount of hubris in the way the West approached its use of soft power. Myopia is nearer the mark. To truly see this, we need to look at the theoretical underpinnings of government as a whole, not the successes (or failures) of liberalism or of benevolent mercantilist statism.

Hobbes famously asserted that life in a state of nature is solitary, poor, nasty, brutish, and short. And to correct that natural condition, peoples formed governments to overcome that state of nature and enhance their quality—and length—of life. While some governments are objectively more suitable than others, any government that sets the chaos to order is an improvement upon that state of nature. Simple observation reveals that some type of interpersonal cooperation is beneficial in a harsh world. As more and more humans congregate and live in close proximity, the more complex that system of cooperation will become. The form such a cooperative takes is driven by multiple dynamic influences, such as the personalities and abilities of the people comprising the society, the available resources, and natural threats or benefits. There is even the impact of other nearby societies that may or may not have evolved along the same lines. Within an given nation-state, fending off the state of nature with the development of an implicit or explicit social contract to form a government is an organic process. External pressures of any kind are a part of that process, but nowhere near to the degree that international soft power alone can substantively impact the direction of a nation. At least, not to the extent the West expected in the post-Cold War decades or that Li seems to expect of China now.

In the case of a developing nation, soft power and hard power are both externally generated. The social contract to form a government is, however, fundamentally a socially constructed system. It is a system unique to its own time and place in history, bending to internal and external influences. It evolves differently based on the homogeneity or heterogeneity of the culture and religion of its population. The number of nation-states that could tread the same path and organically develop the same type of government is fairly limited. Even within Western democracies there are variations that are derivative of each nation’s unique—largely internal and socially constructed—circumstances. In this sense, if humans are left in a vacuum (government-wise) to form their own system of government out of the chaos of the state of nature, then the arc of history bends toward whatever social contract the individual people have collectively evolved into, not some neoliberal notion of freedom or some post–Marxist historical dialectic. From this perspective, soft or hard power could influence national development externally and with limited short-term success, but unless it can influence the entire social-evolutionary process, it will have no more lasting impact than a rock placed in a cup of water . . . as soon as the rock is removed, the water will rush back into its previous form.

The freedom and order offered by respectively by Western and Chinese soft power is an ideology borne out of the individual societies that gave them rise. The state of nature, absent some civilizing influence, remains solitary, poor, nasty, brutish and short. Historically, government and religion have featured prominently in civilizing humanity, the former largely based around putting external limits on our actions, and the latter focused more on internalizing purpose and order. But the default setting to too many humans is a will to power (I personally believe liberalism is the best way to manage this, but that is another argument). However, the essential anarchy of humanity-left-to-itself must still be the baseline understanding of any human social system on this side of Paradise. The apparent failure of Western soft power to effect the expected change (at least so far) is exhibit A in this argument. Any nation that seeks to use soft power will fail if they do not take into account this core fact as well as the long-term implications of nation building . . . thirty years is nowhere near enough to determine success or failure.