China's Policy Nightmare: Fixing the Economy While Keeping the Peace 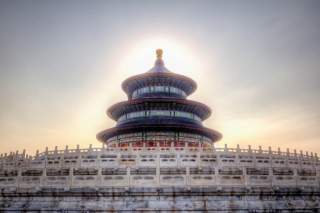 Unlike in Las Vegas, what happens in China does not stay in China. China is a major preoccupation for global markets and economic policy makers. Thus far in 2015, the Chinese economy has cooled, its stock markets have been volatile, and, most recently, the government made a surprise devaluation of the national currency, the renminbi (also called the yuan). The August devaluation, the largest since 1994, caused a near-panic in financial and commodity markets, which only subsided when the People’s Bank of China (PBoC), the central bank, intervened to stress that this was a “managed devaluation” and that it had no intention to launch a currency war.

Yet the unease over China is likely to persist.

China’s central bank devalued by lowering the reference rate that determines the midpoint of the renminbi’s trading band against the dollar by an initial 1.83 percent. This was the largest one-day adjustment on record, and as such sent shock waves throughout markets. The currency devalued for two more days until fears of a free fall subsided.

The key reasons for the devaluation were to help stimulate exports, prepare for the U.S. central bank’s raising of interest rates (which could occur as early as September), and help the Chinese currency become part of the basket of reserve currencies held by the International Monetary Fund. The last is an important and desired milestone for Beijing’s policy makers, as it would signal the coming of age of the Chinese economy. The current mix of reserve currencies are the U.S. dollar, pound sterling, Japanese yen and the euro.

But it is the growth issue that is the most critical. In July, data showed that exports are down considerably (8.3 percent year-on-year), a reflection of anemic domestic and global demand. July data also indicated that industrial production, fixed-income investment and retail sales had slowed. Rounding out the picture, the property market is seen as fragile and the outlook is uncertain. While housing sales expended in the January to July period by 16.8 percent, commercial and residential building starts plummeted 16.8 percent over the same period.

Local government finances are generally problematic, caused by considerable debt increases in recent years (the result of easy access to credit). In turn, this is raising questions over the creditworthiness of institutions that have lent money to both local governments and struggling industrial companies. The last official government estimate of local government debt was in June 2013, and given as 17.89 trillion yuan ($2.88 trillion). It is probably larger now and any increase in U.S. rates will make dollar-denominated debt more expensive to repay.

Although the target for real GDP growth is forecast to be around 7.0 percent in 2015, that may be too optimistic. Beijing is seeking to restructure the economy, placing a greater emphasis on domestic demand and de-emphasizing investment-led growth. Structural change like this is difficult—and the economy is slowing. Moreover, some of the older parts of the industrial sector—like steel, shipbuilding and textiles—are heavily indebted and struggling. And then there is that estimated $3 trillion loss in the Shanghai stock market meltdown.

China’s authorities are keenly aware of the challenging nature of the economic landscape. Thus far they have acted forcibly and are backed by the country’s considerable $3.6 trillion foreign exchange reserves. The eventual rise in U.S. interest rates complicates the picture, especially for many of China’s trade partners who might be paying higher U.S. dollar debt bills and have less money available to buy less Chinese goods. While infrastructure spending remains one policy tool to help growth, currency devaluation helps exports and thereby maintains jobs.

Keeping the Chinese population employed is critical for Communist Party rule—the long-standing bargain has been that the party provides employment and the means for a better life, while the people leave politics to the party. It is feared that a sharp economic downturn could upend that bargain, erode the party’s legitimacy and result in social turmoil.

Any student of Chinese history is aware that when the country’s dynasties were unable to provide the basic needs and public order, regime change was not far off. Although the Communist Party is firmly in control, a long period of stalled economic growth could have a corrosive effect on its ability to rule.

China’s authorities maintain that they want to allow freer markets. However, they are also increasingly aware that allowing more leeway to market forces adds to volatility, which could take the economy into unknown territory, such as sharp falls in stock-market valuations. China’s stock markets enjoyed a spectacular rise in the first part of 2015, peaking in June, only to tumble in early July. The fall in markets came only with considerable state intervention in the stock market, including a halt on short trading, having government entities buy stocks and having companies suspend their shares from trading—hardly measures that reflect a free market economy.

The currency devaluation reflects some of the same dynamics at work in the stock markets. By devaluing, China sought to inject more market forces into the economy, but it quickly realized that there is considerable downside risk. As the Wall Street Journal’s Lingling Wei and Anjani Trivedi observed (August 13): “The currency commotion comes just after the turmoil in China’s stock markets, which has made Beijing acutely aware that experimenting with market forces exacerbates the risks both to its credibility and its control of the economy.”

Although China maintained that the move was a technical adjustment to introduce market forces into how its currency trades, other Asian governments immediately felt pressure. Vietnam quickly moved to widen its informal currency-trading band. According to Vietnam’s central bank, there is a concern that the Chinese devaluation will have an adverse impact on its economy. China, after all, is one of Vietnam’s major trade partners. The impact of China’s devaluation also hit the Australian dollar, the Japanese yen and a number of Latin American currencies.

The global economy remains highly sensitive to Chinese policy actions. The chill to economic expansion in many emerging-market economies derives from the substantial cutback in Chinese demand for goods such as copper, iron ore and nickel. Prices have fallen around the world and it can be said that the specter of deflationary pressures is haunting more than one emerging-market economy, a development that can be traced back to China. Thus far, most policy makers have been careful in making their own devaluations, but tit-for-tat devaluations between major trade partners could set economic policy down a dangerous path.

The other potential impact of China is on U.S. monetary policy, which is a major focus of global markets with the September 17 meeting looming on the horizon. If China has another currency or stock-market mishap and concern is elevated over a cooling in the Chinese economy—or a hard landing—the U.S. Federal Reserve could delay raising rates. If so, U.S. monetary policy would remain locked in an excessively low rate environment, leaving the shift toward interest-rate normalization for a later date.

Part of the problem for the rest of the global economy is the lack of transparency and disclosure surrounding Chinese economic policy-making decisions. The opaque nature of policy deliberations and official data often conceals policy moves and hides costs, which is likely to become evident in the massive propping up of the stock markets. In this light, the currency devaluation must be observed as part of the effort to keep the Chinese economy moving, even if it triggered a brief global-market meltdown and led to charges that Beijing is starting a currency war.

China remains a critical pivot in the global economy. As China adjusts to slower growth, the rest of the world is also being forced to adjust to slower global growth prospects. Both the World Bank and the International Monetary Fund have scaled back their projections for global economic output. This development is most profound in commodity exporters, but equally has an impact on the bottom line of major U.S. and European companies that have invested in China and other emerging-market economies, such as Brazil, Indonesia, Peru and Russia. If nothing else, China’s August devaluation indicates that Asia’s largest economy is still very much a work in progress, that the risk of a hard landing is increasing and that the rest of the world has a lot at stake in Beijing getting its policies right. Stay tuned for the next act.