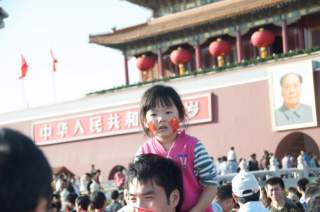 Thursday, China’s Communist Party announced its decision to allow all couples to have two children. The move is a relaxation of the notorious one-child policy, which was rolled out beginning in 1979. The liberalization is subject to approval from China’s rubber-stamp legislature, the National People’s Congress.

Many hailed this change as a step in the right direction. “Thumbs up,” wrote Le Yun of Guangdong University of Technology on his microblog. Yes, but thumbs down for announcing a change both too little and too late. And thumbs down for not changing the most intrusive aspects of the draconian program.

First, a little background. The liberalization of the one-child policy had been expected—and virtually inevitable. China, after all, is heading toward accelerated demographic decline. The country’s population is now projected to peak in 2028, well before the 2030–2035 timeframe expected just a half decade ago. In all probability, the top will be reached earlier, maybe in 2020.

For the first time in at least three centuries—and maybe all recorded history—China will not be the world’s most populous nation. India overtakes it by 2022 at the latest, according to the U.N.’s most recent population projections, which were released late July.

The workforce—those aged 15 to 59—has already begun to decline. The peak year was 2011, according to Beijing’s official National Bureau of Statistics. There is concern that China will not be able to support its growing ranks of retirees—set to double to 20 percent of the population in 2035—because the pool of workers is contracting by three million a year. As Charles Goodhart of the London School of Economics noted about the one-child policy, “They kept it going 15 years too long, disastrously.”

So the decline in the workforce concerns economists as well as demographers. It is no coincidence that the adoption of a two-child policy was announced at the end of a four-day economic planning meeting, the Party’s Fifth Plenum. But the reform will have little beneficial effect on the economy. People conceived today will not enter the workforce for sixteen years. Until then, newborns will only worsen the country’s dependency ratio, the ratio of the old and young not in the workforce to the entire population.

And it is not clear how many Chinese will want more children. About 12 percent of eligible couples took advantage of the last liberalization, announced at the end of 2013, which added to the category of those who could have a second child. As a result, the country did not meet its goal of 20 million births last year. Only 16.9 million were in fact born. For decades, family-planning propaganda has convinced the Chinese to keep their families small, and fertility, now about 1.4 children per adult female, is far below the replacement rate of 2.1. Once low fertility is baked into a society, it can take generations to raise.

China’s economy benefited from its population bulge—the “demographic dividend”—during the so-called reform era beginning at the end of 1978, but now growth will be constrained by a shrinking workforce.

And, apart from economic implications, the one-child policy has scarred society for generations, creating some of the most abnormal demographic patterns the world has ever seen in the absence of war, pestilence or famine. The scarcity of siblings, for instance, has led to the almost complete disappearance of aunts, uncles and cousins in younger generations.

The policy has also contributed to the scarcity of women. Parents, knowing that they were permitted only one child, sometimes aborted females or had them killed at birth. As a result, China had 33.8 million more males than females at the end of last year according to government sources. Some think the number of males may have been 20 million higher.

The situation is so bad that this month an economics professor, Xie Zuoshi of Zhejiang University, triggered a firestorm in China with his suggestion that multiple men be allowed to marry the same female.

The scarcity of women—activists rightly call this the result of decades-long gendercide—has led to worsening social maladies, such as increased prostitution and elevated HIV infection rates. Perhaps the most heartbreaking consequence is the persistent trafficking of women. Gangs have been abducting females in Russia, Mongolia, North Korea, Burma and Vietnam and smuggling them into China, where they are sold and resold to men in the “bachelor villages.”

Some, such as Adam Minter writing on the Bloomberg site, argue the extreme gender imbalance is not the result of the one-child policy. He makes interesting points but ultimately is unpersuasive, especially because the ratio became unbalanced during the decades-long enforcement of the policy. In the late 1970s, China’s sex ratio at birth was about 106 to 100, at the outer boundary of normal ratios.

Last year, China had a ratio at birth of 115.9 boys for every 100 girls according to Beijing, and that ratio, as bad as it was, looked better than those of prior years. “Our country has the most serious gender imbalance that is most prolonged and affecting the most number of people,” the National Health and Family Planning Commission stated in January.

Whatever the cause of the excess of males, Beijing should not just tinker with its population rules. As Reggie Littlejohn, president of Women’s Rights Without Frontiers, states, it should abolish population controls altogether. “Instituting a two-child policy will not end forced abortion, gendercide, or family planning regulations in China,” she stated hours after the Communist Party issued its communiqué announcing the change. Other “remedial measures” (an official term) will continue, including forced sterilizations.

Moreover, Thursday’s policy change will not relieve couples of the obligation of having to obtain a government permit for both the first and the second child. And of course, single women will still not be allowed to bear children.

There is a broader issue at stake as well. It doesn’t really matter whether Beijing allows one or two children. The “core” of the policy, Littlejohn notes, is the “fact that the government is setting a limit on children, and enforcing this limit coercively.” The coercion, therefore, is the evil in this policy.

Chinese leaders either knew or had to have known what was being done by officials over the course of decades to enforce the “policy.” So instead of cheering this “liberalization,” it is time the international community held the members of the Party’s Politburo Standing Committee accountable.