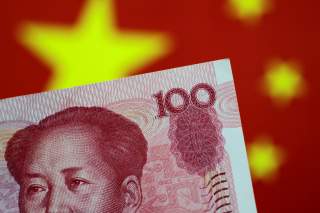 Unless Chinese leader Xi Jinping and his advisors are completely incompetent, there’s only one way to interpret Beijing’s list of U.S. products that will be slapped with retaliatory tariffs on June 1 if the trade war with the United States isn’t somehow deescalated pronto: China increasingly realizes that it’s playing a losing hand in the trade war, and its counter-moves have been made mainly for public consumption in China.

After all, the ostensible purpose of retaliation is inflicting enough pain on the target to change behavior. Therefore, you’d think that most of the new China tariffs would hit products that generate major earnings either for the entire U.S. economy or for key political constituencies (as with the previous import taxes on soybeans). But according to a compilation by Quartz.com, few of the goods scheduled by China to take the biggest (25 percent) tariff hits merit these definitions. Indeed, many aren’t even made in the United States anymore, or certainly not in meaningful quantities, much less exported to any measurable extent to China.

If you doubt that such items are found on China’s list, then check out the following American-made products that Quartz contends will get hit by those steepest Chinese tariffs, and the dollar value of their exports to the People’s Republic in 2018. They are ostensibly judged to contain the greatest economic and/or political shock potential.

Articles of natural or cultured pearls: $7,188.

Now, it’s true that lots of the industries turning out these products are no doubt tiny, niche industries. So, it's possible that although these China exports are tiny in absolute terms, they’re a big share of their total sales or profits.

But then again, they’re niche industries. As a result, by definition, they’re almost completely inconsequential in terms of American growth and employment.

As mentioned by some of the press coverage, there’s evidence that China has concentrated the tariffs in the agriculture sector and the chemicals sector—obviously two very big parts of the American economy. But if you look in detail at Beijing’s tariff list, what’s most striking is how few major U.S. export categories are affected.

For example, take a look at chemicals (and chemical products). Nineteen sub-sectors in this grouping generated at least $100 million in U.S. exports to China last year. Their total sales to the People’s Republic were just under $5.24 billion—about 44 percent of the total $11.80 billion worth of 2018 American chemical and chemicals-related shipments to China. Three types of chemical products will clearly be subjected to tariffs: makeup and skincare preparations, certain kinds of photographic film, and ethylbenzene. Their total exports to China in 2018 fell slightly short of $745 million. That’s only 6.31 percent of all 2018 U.S. exports to China in these sectors, and less than one half of one percent of America’s $159.13 billion in total chemicals and chemicals-related exports last year.

Numerous other chemicals and chemicals-related sectors have been targeted for China tariffs, too. But taken together, the numbers simply don’t move the needle on a part of the American economy that had a total output hit of $354 billion in 2017 (the last year for which data is available).

These groupings do not exhaust the list of American-made goods that China has said will meet 25 percent tariffs when they arrive at Chinese ports and airports. Beijing hasn’t given out the exact numbers yet, but the total could conceivably be in the tens of billions of dollars. According to the Chinese, $60 billion of American exports will be tariffed at various rates, including the 25 percent. That accounts for about 60 percent of American sales to the PRC at an annualized rate so far this year.

But based on what we know, what’s even more revealing about China’s choices are the U.S.-made products that haven’t made any tariff list. They include civilian aircraft and their engines and parts, which had a 2018 export total of $17.73 billion. They include semiconductors and their components, which last year had China shipments that totaled several billion additional dollars. They include the equipment needed to manufacture and inspect semiconductors and their parts, which racked up at least $850 million in 2018 exports to China; devices for conducting chemical and physical analyses (with $912 million in China exports last year); laser equipment ($304 million), motor vehicles, auto parts, and plastics resins and polymers (which each produced billions in exports to China); and billions of dollars’ worth of other products that the Chinese either can’t (yet) make or can’t make in the amounts that they need—or that consist of goods preferred by Chinese consumers over their Made in China counterparts.

America’s tariff lists for Chinese goods have contained any number of obscure, exotic products as well. But from the start, they’ve been dominated by products valued highly by China’s leaders for their industrial and technological importance—especially those covered by the Made in China 2025 program aimed at achieving Chinese global dominance throughout advanced manufacturing and information technology sectors. Subsequently, the Trump administration has added the kinds of consumer products on which the PRC relies heavily for both export earnings and its own domestic employment.

President Donald Trump obviously overstated the case when he claimed that a trade war with China would be “easy to win.” In particular, previous Chinese retaliatory moves, like those tariffs on soybeans and other farm products, damaged American agriculture and produced howls of pain throughout rural areas that generally have been Trump’s political strongholds.

But released in response to Trump’s recent—and perhaps least expected—escalation of the trade war, the latest Chinese tariff list undoubtedly aimed to underscore China’s economic strength and resilience. And in principle, there could be more to come from Beijing, both in scale and scope. The most accurate description of China’s new announcement, though, is a confession of weakness—and a confirmation that Trump has read the bilateral economic balance of power exactly right.

Alan Tonelson is the founder of RealityChek, a public policy blog focusing on economics and national security, and author of The Race to the Bottom. Follow him on Twitter: @AlanTonelson.