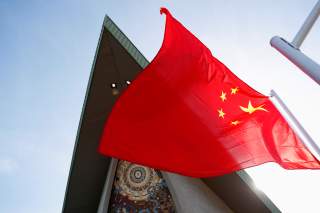 Tensions continue to simmer between China and its neighbors over the South China Sea. Just days ago, Vietnam accused a Chinese vessel for ramming a Vietnamese fishing boat. U.S. National Security Advisor John Bolton said the United States will continue freedom of navigation operations to prevent Beijing from turning the area into “a new Chinese province.”  These examples demonstrate the twenty-first century difficulties for China to overtly assert control over the maritime arena as regional competitors seek to check ambitions. Instead, China must offer cooperative norms and economic incentives that are mutually beneficial for its neighbors so that they voluntarily accept Chinese leadership. Recent Chinese progress in the maritime arena—establishing maritime codes of conduct, supporting port improvement projects, and providing ships to other countries—is a modern example of this buy-in strategy.

China slowly developed its maritime capability. Over seven decades China drafted merchant mariners and vessels, enacted strict organizational control, standardized defensive postures, mandated the use of native Chinese communication technology, integrated military and civilian communication and tracking technology, and conducted civilian emergency response drills. In 2012 becoming a strong maritime power (haiyang qiangguo 海洋强国) entered the Chinese strategic lexicon.  At the 18th Party Congress then President Hu Jintao stated, “We should enhance our capacity for exploiting marine resources, develop the marine economy, protect the marine ecological environment, resolutely safeguard China's maritime rights and interests, and build China into a maritime power.”  These domestic improvements granted China the confidence to help and cooperate with nations beyond its borders. In addition, China has engaged in port operations and has liberalized their shipbuilding industries, which benefit its neighbors and allies around the world. These developments represent a twenty-first century equivalent of the same Confucian norms and economic incentives that China used in antiquity.

China continues to roil Asian neighbors over claims in the East and South China Seas. However, China has also been cooperating with neighbors to establish codes of conduct to reduce conflict in the maritime arena. For years, China and the Association of Southeast Asian Nations (ASEAN) negotiated maritime codes of conduct. More recently, China hosted the signing of the Code for Unplanned Encounters at Sea in 2014. In February 2018, China and ASEAN held a two day tabletop exercise in Singapore, where defense ministers from eleven countries planned responses to potential oil tanker fires, search and rescue evacuations, and naval assistance to merchant vessels and civilian ships. And in October last year China and ASEAN organized an inaugural five-day maritime field training exercise. More than one thousand personnel—deployed on eight ships from Brunei, China, the Philippines, Singapore, Thailand, and Vietnam—conducted exercise drills in the Ma Xie naval base in Zhanjiang, China.  According to exercise co-director Colonel Lim Yu Chuan of Singapore, the exercise drills “enabled us to strengthen interoperability and more importantly, build trust and confidence for our navies to work with one another in responding to maritime incidents at sea.”  Despite the maritime claim tensions, regional powers are beginning to buy into a cooperative relationship with China.

China has also begun to help other nations even further beyond its border. In December 2008, the People’s Liberation Army Navy (PLAN) deployed a task force to participate in international anti piracy operations off the coast of Somalia, in the Gulf of Aden/Horn of Africa region. Dr. Allison Kaufman commented, “This deployment marked the first time in modern history that China's navy has engaged in an operational mission outside of its claimed territorial waters.”  Since then, PLAN has escorted more than 6,400 Chinese and foreign ships, and prevented about 3,000 suspected pirate boats from launching attacks in the Gulf of Aden. China’s maritime initiative is also evident in the South Pacific. The Peace Ark, China’s ten-thousand-ton medical ship, provided free medical treatment to twenty thousand patients in Papua New Guinea, Vanuatu, Fiji, and Tonga. Such exercises show China’s transition into a blue water navy, and dovetails nicely with China’s narrative of being a peaceful, cooperative neighbor, and not a competitor to be feared.

Another area in which China has sought buy-in from its neighbors is in the realm of port operations. Over the past decade, China has helped finance at least thirty-five ports around the world. One flagship project is the Gwadar port in Pakistan. Part of the $62 billion China-Pakistan Economic Corridor (CPEC) initiative, China is helping Pakistan update the Gwadar port. The plan includes development of a Free Trade Zone, a fresh water treatment plant, an international airport, a hospital, some universities, and an expressway around the area. In return, Pakistan has touted its growing relationship with China. According to journalist Shezad Baloch, a majority of Pakistanis view the CPEC as “key to Pakistan’s economic prosperity,” and CPEC remains a very popular policy in the country. Also, Pakistan’s Ministry of Planning, Development, and Reform spokesman said on February 10 that it plans to work with China to speed up progress on the Gwadar port, as well as expedite cooperation in agriculture and industrial development.

CPEC is just one example of China’s broader twenty-first century Maritime Silk Road plan, a development strategy to boost infrastructure connectivity throughout Southeast Asia, Oceania, the Indian Ocean, and East Africa. These projects, which include the Hambantota port in Sri Lanka and the Chabahar port in Iran, will contribute to closing the estimated $1.7– $2.5 trillion infrastructure gap needed in South Asia. This is just the maritime component of China’s overall global economic strategy known as One Belt One Road.

Shipbuilding is China’s third buy-in tool. China recently liberalized its once heavily regulated shipbuilding industry. In 1999, the government split the largest company, China State Shipbuilding Corporation (CSSC), in half, allowing each half to own subsidiaries, and expressly permitting partnerships and joint ventures with foreign-owned enterprises. This change catapulted China’s shipbuilding status from a young world player to the dominant maritime industrial power. Today, China’s ship construction dominates the world market. CSSC’s Jiangnan Shipyard and Hudong-Zhonghua Shipbuilding recently began building the world’s largest container ships. These ships are a marvel of size and technology using liquid natural gas to deliver goods the world over. China is also willing to sell existing ships to allies and, for allies, seeing such transactions certainly sweetens the deal of working with China.

Challenges remain for China’s maritime buy-in strategy. Outstanding disputes in the East and South China seas keep neighboring countries wary of Chinese leadership. China’s refusal to accept the maritime territorial demarcations established by the UN Convention of the Law of the Sea puts China at odds with international norms. The United States is still a regional competitor, providing ships and training to allies and sending destroyers through the South China Sea on freedom of navigation operations. Small states are charting their own path, refusing to fall behind any one hegemon. China will need to overcome all of these challenges if it truly wishes to establish a loose maritime tributary system in the twenty-first century that echoes of vassal states of its dynastic past.

The views expressed in the article are those of the author(s) and do not necessarily reflect those of the U.S. government.

Leland Lazarus is a Foreign Service Consular Officer currently serving at the U.S. Consulate General in Shenyang, China.  Before joining the State Department, Leland worked as an Associate Producer at China Central Television, and taught English as a Fulbright scholar in Panama.  Fluent in both Mandarin and Spanish, he holds an M.A. in U.S.-China Relations at the Fletcher School of Law and Diplomacy, and a B.A. in International Relations at Brown University.

John Brunetti is a Foreign Service Officer who recently served as the General Services Officer at the U.S. Consulate General in Shenyang, China. Prior to entering the Foreign Service, John worked as a Solution Consultant for Oracle and as an associate at an admiralty law firm in New York. John received his commission in the US Naval Reserve in 2009 from the United States Merchant Marine Academy (USMMA) in Kings Point, NY. He currently serves within the Naval Control and Guidance of Shipping (NCAGS). Prior service includes Maritime Civilian Affairs Security Team (MCAST) and in Operation Enduring Freedom (OEF).