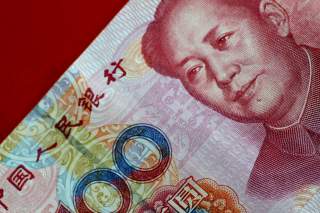 Consistent with so much about China’s thrust onto the global stage over the past decade, its outward foreign direct investment (OFDI) has grown far faster than OFDI from most other transitional economies. Chinese OFDI is largely politically driven, aimed at achieving specific nationalistic objectives, such as securing natural resources, acquiring strategic assets in key technologies and service industries, and creating national champion companies. China’s approach to OFDI, which is often aggressive and brusque in nature, is increasingly coloring its relationship with recipient nations at all levels of development and income.

Until the year 2000, OFDI from China was negligible. Since then, China has tailored its approach to OFDI based on the relative economic and political strength of the recipient country, in exchange for specific benefits. So, in heavily indebted poor countries (HIPCs), China tends to offer to build infrastructure in exchange for the right to access to raw materials. In developing countries, China may offer to help develop an indigenous industry; in emerging markets, it may grant greater access to the Chinese market. In developed countries, it may offer to expand reciprocal agreements related to cross-border investment. In each case, China weighs the relative costs and benefits associated with expanding its relationship with a given country vis-à-vis what it will receive in return.

China’s overall strategy for state-owned-enterprises (SOEs) is to “grasp the large and let go of the small,” aiming to create national champions from large SOEs through extensive government support while giving small and medium-sized SOEs greater exposure to the market. SOE’s receive direct financial support from the government in the form of below-market rate loans, direct payments, and other subsidies associated with official aid programs. The China Development Bank, China Export and Import Bank, and Sinosure (China’s national political risk insurer) are the primary government organs that provide such support, although other state-owned banks and specially created funds also provide backing.

Chinese SOEs pursue OFDI in the primary sector, where investments are dominated by a few giant firms. A second strategic objective is to spur investment that acquires sophisticated, proprietary technology, technical skills, industry best practices, and established brand names and distribution networks. Some governments remain wary that such investment will lead to the “development trap”: a flood of cash that results in heightened corruption and largesse without building indigenous capacity, knowledge, management skills, or that allows movement up the global economic value chain.

The vast majority of Chinese OFDI is made in developing countries, with a significant percentage in countries with weak governance and rule of law. Many of these countries subsequently experienced the classic “resource curse” in which valuable reserves of minerals or fossil fuels enhanced corruption and conflict rather than promoting economic development. Chinese SOEs have typically stepped into this environment with the advantages of political backing and government subsidized and insured investment, and China has typically used significant sweeteners to win contracts.

To secure investment deals, the Chinese government typically offers infrastructure projects, soft loans, and grant programs as a package deal with a proposed natural resource investment. With government financing and political support, Chinese SOEs avoid risks that often plague investments in resource-rich, economically poor countries. Political and reputational risks are therefore usually minimized while financing uncertainty is eliminated. Such risks hinder Western multinational enterprises from making similar investments in these countries, but they tend to be of little concern to Chinese SOEs.

China’s relationship with other emerging markets can be more complex. Subsidized Chinese OFDI may crowd out less substantial or unsubsidized OFDI, or investment from other emerging market countries. At the same time, many emerging markets view Chinese investment into their countries—particularly in infrastructure and industrial projects—as a valuable resource for economic development, especially since it comes with few strings attached. China’s strategy has been to negotiate such investment through diplomatic channels, with investments taking the form of partnerships and quid pro quo loans, as opposed to being exclusively under Chinese control.

Using such sweeteners as diplomacy, ideology, and camaraderie tends not to work in developed countries, where China finds it is playing on a more even field. When placed in a competitive environment with a formidable opposite number, China tends to use a sledgehammer to get what it wants—crossing a line, retreating, then doing so again, until a new line of been established and Beijing gets what it wants (this is a strategy Beijing had deployed in a number of contexts, whether in economic negotiations or in a military context such as the South China Sea).

The blowback China has received from some African countries objecting to its one-size-fits-all approach to OFDI has prompted China to reconsider its approach. An increasing number of countries are no longer simply rolling out the red carpet. Natural resource export earnings must now be deposited into off-shore escrow accounts, with the value of the exports determined at the time of export, rather than in advance, for example.

Points of conflict with developed countries tend to occur in three areas. First, OFDI by Chinese SOEs is seen as unfairly competitive vis-a-vis private sector companies. By virtue of government ownership and backing, Chinese SOEs often operate investments in risky environments where Western multinationals may prefer not to operate, and at reduced cost, thereby outmaneuvering Western firms. As Western multinationals generally operate based on market conditions, albeit with advantages from established reputations, technology and industry best practices, they and their home countries come to believe that the playing field is no longer level. China’s growing noncommercially motivated OFDI has the potential to distort global markets, leading to long-term loss of productivity and efficiency.

Second, Chinese official aid to unsavory governments in order to lubricate OFDI contracts raises governance and humanitarian concerns and, therefore, hackles among developed country governments. China’s general willingness to befriend rogue or unsavory governments—funding projects in countries such as Sudan, Iran, and Venezuela—creates tension with the developed world. Some of this tension may actually stem from the fact that the exercise of realpolitik by China puts it on top and outwits Western firms that have had their activities circumscribed in such countries due to sanctions, reputational, or political risk. And third, Chinese SOEs’ attempts to acquire ownership interest in, or assets of, large developed country MNEs operating under market conditions have unnerved some developed country governments, which fear losing market access to strategic resources, as well as their technological and advanced practices edge.

Yet, if it were not for the West’s preoccupation with achieving a higher moral standard and adherence to international standards of acceptable behavior, China would not have been as successful as it has been in fostering OFDI in the developing world. China is in the process of beating the West at its own game by identifying what it sees as the West’s “weakness” on the grand chessboard and filling in the gaps. If the West played the game the same way, then China’s investment ambitions would be more restricted, or at least more expensive.

In some ways, China is better at achieving capitalist nirvana than the countries that invented it. Since Beijing will not be changing its stripes any time soon, it will be incumbent upon the developing world to set higher standards for what constitutes an acceptable approach to Chinese OFDI—one that enables both sides to win. Developed countries will need to find a way to beat China at its own game, instead of the other way around.

Daniel Wagner is CEO of Country Risk Solutions. This is an excerpt from his new book China Vision, which will be published in February.