Christie’s Speech Was Great, But Showed Why He Wasn’t Trump's Choice for VP 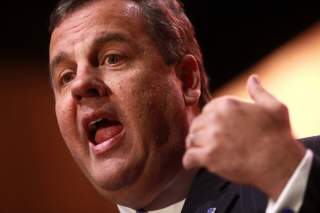 New Jersey Gov. Chris Christie delivered a powerful speech at the Republican National Convention on Tuesday. Using his skills as a prosecutor, he made the case that Hillary Clinton is unfit to serve as president, but in doing so showed how he wasn’t the right choice to be Donald Trump’s vice president.

Christie opened his remarks by saying his friendship with Trump dates back more than fourteen years and that the billionaire was a strong leader as well as a genuine, caring and decent person. After remarking about the Republican nominee for only a minute though, the New Jersey Governor turned his attention to Clinton and her many failures over the last three decades.

“Let’s do something fun tonight—as a former federal prosecutor I welcome the opportunity to hold Hillary Rodham Clinton accountable for her performance and her character,” Christie said to the cheering audience.

“Lock her up, lock her up,” the crowd chanted as Christie served them red meat, slamming Clinton on her foreign-policy experience as Secretary of State.

The New Jersey governor alleged that Clinton’s flawed judgment as America’s chief diplomat had made the world a more violent and dangerous place. Christie touched on the terrorist occupation of Libya after the overthrow of Muammar el-Qaddafi, her praise of President Bashar al-Assad in Syria who ended up slaughtering thousands of his own people in the country’s civil war, the Iran nuclear arms deal and her failed Russian reset.

Christie’s onslaught against Clinton was compelling and had the crowd cheering. His brash, tough-talking prosecution of the former Secretary of State seemed like a more sober version of a Donald Trump speech, without the glimmering hopes of populism. While Republican audiences may love that, it is not what the ticket needs to win in the fall.

Voters know Clinton is dishonest—polling proves that. But it’s not enough to sell people on making them get up and vote Republican, especially if they're unsure about Trump.

Had the Republican nominee picked Christie instead of Indiana Gov. Mike Pence for VP, he wouldn’t have added a message of hope to the Republican ticket. Having two loud-mouth attack dogs from the northeast would have been overly negative and hostile to most voters; it would have been like opening a magic show with another magician.

According to a McClatchy-Marist poll, 48 percent of Clinton supporters are planning on casting their ballot for the Democrat as a protest to Trump. Christie’s inability to sell a positive future wouldn’t have made any of them change their minds and open up to the idea that the billionaire wouldn’t be so bad.

Voters are more often motivated to vote for something, not against something. Christie could have effectively led a race to the bottom, but it wouldn’t have done justice to Trump’s movement, and his convention speech only made that more clear.

Ryan James Girdusky is a contributing writer at RedAlertPolitics.com and a native New Yorker.