Clean Energy and Strategic Competition in the Indo-Pacific 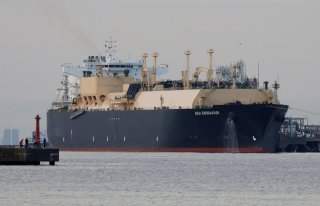 As U.S.-China relations deteriorate, energy—and clean energy—have moved increasingly to the center of their geopolitical and economic competition. The Biden administration has worked closely with U.S. allies and partners in the Indo-Pacific to address some issues, such as supply chain dependencies, but has struggled to compete with Beijing’s efforts to establish China as the region’s economic hub. New approaches to promoting U.S. energy and energy technologies in the Indo-Pacific could play a key part in strengthening America’s competitive position. As a major driver of global growth, the region is at the heart of U.S. strategy for the coming decades.

The Center for the National Interest and Energy Innovation Reform Project invited four speakers to discuss U.S. policy and the regional context:

Paul J. Saunders, president of Energy Innovation Reform Project and a senior fellow at the Center, discussed EIRP’s new report “Toward an Indo-Pacific Clean Energy Framework” as well as findings from EIRP’s U.S.-Japan-South Korea dialogue on energy and geopolitics, some of which he shared in a for The National Interest.

Michael Auslin, PhD, is the Payson J. Treat Distinguished Research Fellow in Contemporary Asia at the Hoover Institution, Stanford University. Auslin is the author of six books, including Asia’s New Geopolitics: Essays on Reshaping the Indo-Pacific. He cohosts the podcast The Pacific Century with John Yoo.

Douglas C. Hengel is senior consultant to LNG Allies, a visiting senior fellow at the German Marshall Fund of the United States, and a former deputy assistant Secretary of State for energy, sanctions, and commodities. At the State Department, his responsibilities included chairing the International Energy Agency’s Standing Committee on Long-Term Cooperation.