Is a Collision With Russia Over Ukraine Inevitable? 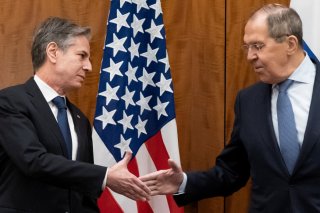 Talks last week between U.S., European, and Russian diplomats helped to clarify the wide gap between Russian and Western positions over Ukraine, NATO, and the broader European security architecture. But they made little progress toward bridging this gap. Russia is openly threatening to use “military-technical” or even outright military means if no diplomatic resolution can be found, while a chorus of American and European voices is urging Washington to resist any temptation to accommodate Russian concerns. Is a mutually acceptable deal with Russia possible, and what would it have to include?

The Center for the National Interest convened an expert panel discussion to discuss these important questions:

Thomas Pickering served more than four decades as a U.S. diplomat. He last served as Under Secretary of State for Political Affairs, the third-highest post in the U.S. State Department. Pickering also served as ambassador to the United Nations, the Russian Federation, India, Israel, and Jordan, and holds the personal rank of Career Ambassador, the highest in the U.S. Foreign Service.

George Beebe, Vice President and Director of Studies at the Center for the National Interest, and a former head of Russia analysis at the Central Intelligence Agency, will moderate the discussion.