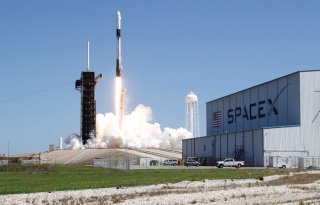 Russia, though a long-standing partner in the ISS, has refused to sign the agreement, opting instead to partner with China on a Moon base and other space ventures. That divorce between Russia and its space station partners has drastically accelerated following the draconian sanctions that followed the Putin regime’s decision to conduct an all-out invasion of unoccupied Ukraine. Noteworthy have been the threats made by Dimitry Rogozin, the head of the Russian space program, to physically separate the Russian segment from the rest of the ISS. As for the other nations, India, like France and Germany, has also so far declined to join, though there is ongoing debate over it in Delhi. That the undertaking is a U.S. unilateral effort, outside the UN Committee on the Peaceful Uses of Outer Space, not the result of an international negotiation, may be a factor. In that sense, it may be viewed as an assertion of U.S. primacy—whether intended or not—and a reflection of the trend toward bifurcation of global governance. In shorthand, the Biden administration’s protracted conflict between democracy and autocracy.

NASA has tried to ensure the Artemis Accords are “in accordance with the Outer Space Treaty,” and signatories do very conspicuously comply with it. The accords outline mostly sensible and prudent rules for operations and cooperation in space, including transparency with regard to participants’ space policies and plans; detailing location and the nature of undertaken space activities; open access to scientific data, including that which results from joint ventures; and following OST provisions of due regard for other activities and harmful interference of other parties. Signatories also are obliged to give notification and coordination of their activities “with relevant parties” to deconflict any problems and commit to developing interoperable exploration infrastructure, such as landing facilities, fuel storage, and communications and power systems. Additionally, signatories agree to “respect the principle of free access to all areas of celestial bodies and all other provisions of the Outer Space Treaty,” in addition to following other internationally agreed practices on operational cooperation—emergency assistance to personnel in distress in accord with the OST on the rescue and return of astronauts, and the registration of space objects.

Where things get a bit hazy is Artemis’ language on the extraction of space resources. The accords include self-declared “safety zones,” where signees’ space activities can take place. The accords state that the extraction of resources from the Moon and other celestial bodies “should be executed in a manner that complies with the Outer Space Treaty” before adding that “Signatories affirm that the extraction of space resources does not inherently constitute national appropriation under Article II of the Outer Space Treaty.” It is difficult to see how this would be consistent with Artemis’ “principle of free access to all areas of celestial bodies.” And many legal experts express strong doubt about this point. As noted above, owning resources seems problematic with the OST language that says celestial bodies are not subject to “national appropriation by claim of sovereignty.” It adds that the Moon or asteroids cannot be claimed “by means of use ... or by any other means.” The accords do include provisions for consultation with non-Artemis parties, but no global dispute settlement mechanism exists.

This would seem to beg the question: by what right can nations grant property rights to space mining companies, or for that matter, build manned stations on the Moon or Mars, if they are not sovereign? Nobody owns the Moon. To non-lawyers like us it is not obvious, as the OST does not provide an unambiguous basis for making a judgment in that regard. What would preclude China, Russia, or India from granting the right to mine minerals to their state firms if they got there first, or from claiming prime real estate on the Moon’s water-rich north or south poles for their manned bases? Whatever the stated rational, it would seem that what really matters is power and space capabilities. The space resource issue seems ripe for conflict between competing nations absent new global rules.

The Artemis Accords, though a good start, are thus an incomplete effort to update space governance to effectively regulate the activities made possible with current and emerging technology. In fact, NASA’s own Artemis lunar program itself may end up competing with Elon Musk and the agency’s other private sector partners for who gets to the Moon or Mars first. NASA is already starting to send new scientific payloads to the Moon—landers and rovers to gather data on lunar resources. NASA has a five-year timetable to first build a new space station, the Lunar Gateway, in orbit around the Moon. The Gateway will be used as the long-duration staging base for shuttle operations to and from the lunar surface. Currently, that shuttle will be a Human Landing System (HLS) derived from the SpaceX Starship design, and will represent a quantum leap in payload capacity as compared to the tiny Lunar Excursion Module used during the Apollo missions. Furthermore, NASA has disbursed additional contracts out to encourage one or more additional lunar landers to be ready to support the late-decade effort to set up a permanent presence on the Moon.

CISLUNAR SPACE is a sphere of interest that is 1,000 times the volume of space associated with operations that occur at geosynchronous orbit—about an altitude of 22,236 miles above the ground. After all, the orbit of the Moon is on average 239,000 miles away from Earth (for reference, the ISS orbits on average 250 miles from Earth). The sphere of interest of cislunar space, by contrast, will extend out to more than one million miles well beyond the orbit of the Moon. From the perspective of human spaceflight missions, this region will be much more hostile to human longevity. Unlike operating at LEO altitudes (lower than 1,000 miles) and inside the protection of the Earth’s magnetic field, humans venturing in this region of space and the surface of the Moon will be subjected to a much more severe radiation threat from solar storms and galactic cosmic rays. Furthermore, humans will have to operate for a long duration in either a zero-gravity environment or on the Moon, with a surface gravity one-sixth of the Earth’s, with potential negative biological side effects.

To grasp the complexity of these spaceflight missions, it is very important to understand the space environment outside the zone of the Earth’s gravity well where most operational satellites orbit. It is quite different due to the dominant role of the sun and Moon’s gravity in affecting what is called the Three-Body Problem. Put simply, the orbital mechanics of a spacecraft inside the Earth’s gravity well do not apply. Trajectories are no longer circular, elliptical, and in a plane relative to the Earth—no longer easy to describe geometrically. What a space vehicle operator in cislunar space will need to find to facilitate long-term missions are zones of relative gravitational stability. These regions in the Sun/Earth and Earth/Moon gravitation systems were first identified by Joseph-Louis Lagrange in 1772.

There are five Sun/Earth Lagrange points, hereafter referred to as L1 through L5. L1 and L2 are on the Sun/Earth axis outside of the orbit of Moon. L1 is on the “sunny side” of the Earth while L2 is on the Earth’s far side. Both zones allow for the deployment of satellites that can operate in what is known as a halo orbit, which requires only a modest amount of fuel to keep them in that meta-stable zone. A good example of a spacecraft taking advantage of L2 is the recently successful deployment of the James Webb Space Telescope for its ten-year mission.

L3, on the opposite side of the Sun, is likely to only be of future scientific interest in exploring stabilized natural satellites in that zone of gravitational equilibrium. L4, meanwhile, precedes the Earth in its orbit, and L5 follows and represents zones of relative gravitation equilibrium. The Earth/Moon system has its own L4 and L5 locations of gravitational equilibrium inside cislunar space that track a lunar orbit. Although not exploited by the scientific community, several space visionaries such as Gerard O’Neill, and more recently, Jeff Bezos, have proposed the construction of huge space stations, if not outright communities, from materials provided by the Moon.

Similar gravitation equilibrium can be found at halo—quasi-periodic orbits around the Moon that are basically in a vertical orientation to the orbital plane of Earth/Moon system. It is this type of orbit that will be used by NASA’s Artemis program for its proposed Lunar Gateway.

To monitor human activity on the surface of the Moon, satellites using lunar orbits have and will have to be used. To monitor the relative vastness of cislunar space, on the other hand, spacecraft equipped with long-distance sensors will have to be deployed in a variety of lunar halo and Lagrange Point orbits. These surveillance satellites will have to be equipped with powerful electro-optic sensors. Active sensors, such as radar and lasers, will be limited by the power-square law (the intensity of a beam of electromagnetic energy is reduced by the square of the distance it travels), and likely be ineffective for the wide-area surveillance mission. In the future, a number of these surveillance satellites may be armed, but would require a robust propulsion system to maneuver to potential targets of interest operating in cislunar space.