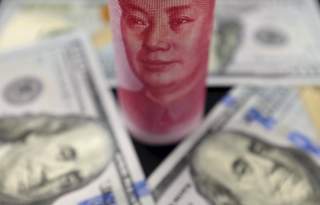 In an expanding competition with China for global leadership, economic threats will become more important than military ones. America is currently unprepared to confront these threats and just as we evolved to confront new threats after 9/11, our national security apparatus must now evolve. Two actions are needed for our national security to succeed in this economic competition. First, the intelligence community must make a significant investment in economic intelligence. Second, America must invest in a National Economic Defense Center modeled after the National Counterterrorism Center (NCTC), which would compile, analyze and coordinate responses to economic threats.

There is widespread recognition that the current national security competition with China is as much about the economy as it is about the military. Chinese gross domestic product (GDP) is on track to surpass America’s GDP. Moreover, the Chinese are better able to orchestrate their economic instruments for geopolitical purposes because they hardly recognize the public-private distinction. Chinese economic threats range across a spectrum from traditional economic competition, such as Made in China 2025, to geopolitical power plays like the Belt and Road Initiative (BRI), to the outright systematic theft of U.S. intellectual property.

The spectrum of Chinese economic competition already has led to real threats. Chinese attempts to become the world leader in certain technologies, such as artificial intelligence, translates directly to military and intelligence capabilities. The installation of Huawei 5G systems in partner nations causes major security threats to U.S. and partner communications. Already, Chinese venture investments in promising U.S. startup companies have the effect of taking those companies off the table for use by the military and intelligence community by making it impossible for those companies to obtain security clearances or to contract with the government in certain areas. Belt and Road initiatives, such as de facto control over ports, provide China with strategic advantages in geopolitical or military clashes. At a more strategic level, BRI threatens to change the global alliance landscape. Finally, systematic theft of U.S. military secrets from contractors provides a means for China to threaten or copy U.S. weapon systems.

America cannot adequately compete with China without first better understanding and then being able to act upon the economic dimension of power. While American competition with China, sometimes called a new Cold War, may have arms races over artificial intelligence instead of missiles, it will still involve the same jockeying for geopolitical advantage as the last Cold War. Economic warfare will be an even larger part of this competition. Indeed, many of the most pressing competitive issues with China, such as the artificial intelligence arms race or who will own global 5G infrastructure, are at root economic issues and will demand economic responses.

When new threats have arisen in the past, America has made changes to its national security structure to counter those threats. The National Security Act of 1947 set up America for a new form of competition with the Soviet Union with the creation of a Secretary of Defense, the Air Force and the CIA. These new organizations were necessary to combat a new enemy, where for example air power and intelligence would be key determinants of success. Similarly, after 9/11 we created the Department of Homeland Security, the Terrorist Threat Integration Center and eventually the National Counterterrorism Center as a means to pursue the war on terror.

The current U.S. national security structure does not adequately address economic threats. The national security community’s knowledge of and ability to analyze the global economic system is simply not sufficient. Indeed, it isn’t even in the same league as some relatively tiny hedge funds. Most U.S. efforts are directed toward countering terrorism finance networks and this is largely irrelevant to the strategic threats we face. Moreover, the little information the U.S/ government does have is not widely shared.

Existing agencies are a start but are not sufficient. The National Economic Council is not properly set up for national security issues. While the CIA may be able to perform economic analysis, it does not have nearly enough resources devoted to the issue and is not open enough to have the necessary public-private partnerships. The Office of Terrorist Financing and Financial Crimes, or similar offices throughout the government, are too narrowly focused on threat finance when what is necessary is a strategic view of the global economic threat picture.

Also, given the nature of the issue, no single agency can bring together all the expertise and authorities necessary to mount an adequate economic defense, therefore America should form a National Economic Defense Center (NEDC) which would provide a place for the government to coordinate and accelerate its economic threat analysis and responses. As with NCTC, it would create a whole-of-government approach, bringing together multiple agencies and departments, each with their own subject matter expertise, missions and authorities. In effect, the NEDC could maintain the equivalent of a real-time operations center for the global economy, monitoring economic threats from China and other competitors, and directing responses to threats. They would exchange, compile, compare and analyze economic threat information, connecting dots that are not currently connected. Actions to counter threats would be coordinated across multiple law enforcement and national security authorities. It would also provide the president with a single responsible party when developing policies to counter economic threats. Finally, the NEDC would accelerate our economic analytical ability through increased training, tools and private industry expertise.

The natural home would be as a joint center managed by the Office of the Director of National Intelligence and Department of Treasury. Representatives of the intelligence community, military, law enforcement agencies, Department of Homeland Security and the Department of Commerce would play major roles. Given the wide range of our economy, departments and agencies ranging from the USDA to FAA to SEC would all need representation. Most revolutionary, the NEDC would require a true public-private partnership, bringing in people and expertise from the commercial industry to work together with the government.

With a strong economic intelligence function and the NEDC in place, the U.S. national security community would be better placed to respond to many of the economic threats presented by China. This could include contributing information and analysis to block transactions under the Committee on Foreign Investment in the United States; providing integrated plans to strategically direct foreign aid; supporting law enforcement in prosecution of IP theft or similar crimes, or supporting proactive U.S. economic counters to Chinese threats such as strategic technology investments or backing key telecommunications or other infrastructure projects. Most important of all, a strong economic intelligence capability and NEDC would provide the basis for defining and executing a true economic national security strategy.

Understanding the global economy isn’t just another national security mission. It will be the lynchpin to competition in the most important national security domain over the next several decades, against the most threatening adversary that the West may have ever faced. New threats require new defenses. As economic threats mount in America’s competition with China, America requires a renewed focus on economic intelligence and the creation of a new National Economic Defense Center to defend against these threats.

Anthony Vinci, PhD is an adjunct senior fellow at the Center for a New American Security (CNAS) Technology and National Security Program. He is the former Associate Director for Capabilities and Chief Technology Officer (CTO) of the National Geospatial Intelligence Agency (NGA).