Compromise Over Ukraine Will Be Hard 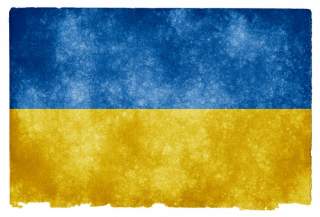 Writing in the National Interest on October 13 (“How Russia Sees the Ukraine Crisis: Can a Compromise be Found?”), Paul Saunders describes a Russian view, that of Andranik Migranyan, on developments in Ukraine.  That view certainly comports with what official Moscow has said the past eight months.  But Mr. Migranyan’s key points do not hold up to scrutiny.

First, Mr. Migranyan saw the origin of the Ukraine crisis lying primarily with the decision by the George W. Bush administration to pursue NATO membership for Ukraine.  Yes, the Bush administration in 2008 favored a membership action plan for Ukraine.  President Bush was blocked, however, at the Bucharest summit, where Chancellor Merkel, President Sarkozy and other NATO leaders opposed the idea.

Once he became president in 2010, Viktor Yanukovych made clear that he did not seek to deepen Ukraine’s relations with NATO. That suited the Obama administration, which had launched its “reset” in relations with Russia in 2009 and was perfectly happy not to have a Ukraine-NATO issue clouding its agenda with Moscow.  Mr. Yanukovych indicated that he wished to draw closer to the European Union and conclude an EU association agreement.  That also suited the Obama administration, which from 2010-early 2014 essentially let Europe take the lead in developing the West’s relations with Ukraine.

While U.S. officials have talked of Ukraine’s right to choose its own foreign policy course, there have been no signs of a desire in the Obama administration to make Ukraine a member of NATO.  Had there been such a desire, it would have run into the same—if not greater—opposition from Germany, France and other NATO members that the Bush administration encountered in 2008.  While NATO intends to cooperate with Ukraine, there clearly is no appetite within the Alliance for moving Ukraine toward a membership track.  Does Moscow really not understand this?

Second, Mr. Migranyan described Russia’s objectives in Ukraine as “ensuring the rights of Russian-speakers to use the Russian language, establishing a federal Ukraine with devolution of power to the country’s regions, and ensuring Ukraine’s continued ‘non-bloc’ status.”  If those points accurately captured Moscow’s goals, the crisis might have been settled months ago.

Mr. Poroshenko as early as June offered decentralization of political power and some budget authority (which makes sense in any case for more effective, efficient and accountable governance) and official status for the Russian language.  Moreover, the Ukrainian president and Foreign Minister Klimkin ruled out drawing closer to NATO.  Even Prime Minister Yatseniuk set aside the NATO question; he advocated seeking membership only in late August—after regular Russian army units had entered Donetsk and Luhansk and attacked Ukrainian forces.

Able Russian diplomats in June could have built on Mr. Poroshenko’s points to achieve a political settlement that met the goals described by Mr. Migranyan—if those were indeed the Kremlin’s objectives.  But Moscow made no effort to build on those points and negotiate a settlement.  The Kremlin instead fueled the conflict; it poured heavy arms into eastern Ukraine in June and July, before sending in the Russian army in August.  Russia’s actions to date suggest that Moscow is less interested in finding a settlement than in creating a frozen conflict as a means to pressure Kyiv and hinder its ability to draw closer to the European Union and to address its challenging domestic agenda.

Third, Mr. Migranyan professed not to understand U.S. interests and goals in Ukraine.  American interests in Ukraine may not be as intense as Russia’s, as evidenced by Moscow’s readiness to use force against Ukraine, while Washington is not prepared to use U.S. military power to defend Ukraine or, at this point, even provide Kyiv defensive weapons.  But that does not mean the United States has no interest in Ukraine or in the fact that Russia broke the cardinal rule of post-war Europe:  states should not use military force to seize territory from other states.

At the least, the 1994 Budapest Memorandum of Security Assurances, under which the United States, United Kingdom and Russia committed to respect Ukraine’s territorial integrity, sovereignty and independence and pledged not to use force against Ukraine, involves the United States.  The Budapest Memorandum was a key part of the arrangement under which Ukraine agreed to give up the world’s third largest nuclear arsenal.  Unfortunately, Russia has violated its commitments under the memorandum, as well as commitments it undertook in the 1975 Helsinki Final Act and 1997 bilateral Treaty of Friendship and Cooperation with Ukraine.  As one who helped negotiate the Budapest Memorandum, I believe the United States has an obligation to support Ukraine and push back against Russia for its violations.

Mr. Saunders correctly wrote that there is little chance that President Obama will seek a meeting with President Putin to negotiate some kind of settlement of the Ukraine crisis.  But I do not see that as a matter of Mr. Obama “having the political courage.”  It would appear to be more of a question of whether there is a readiness in Moscow to settle the crisis on reasonable terms. That would include restoration of Ukrainian sovereignty over Donestk and Luhansk (the issue of Crimea’s status could be addressed in the longer term).

But here I have a more fundamental problem with the positions of Mr. Migranyan and Mr. Saunders, at least as I understand them. They appear to suggest that the Ukraine crisis is something to be resolved by the United States and Russia and leave little room in the equation for the desires of the Ukrainian government and Ukrainian people.  Washington and Moscow can not and should not try to settle this crisis over the Ukrainians’ heads.

Ukraine likely will remain a troublesome issue on the U.S.-Russia agenda for some time to come.  Hopefully, Washington and Moscow will still find ways to cooperate on issues where their interests coincide, such as Iran’s nuclear program, Afghanistan, strategic arms control and counter-terrorism.

As for the Ukraine crisis, if there is going to be a political settlement, it must be negotiated by and acceptable to Kyiv.  Given all of the levers—economic, energy and military—that Russia has over Ukraine, it also must be acceptable to Moscow if Ukraine hopes to have any prospect of a return to normalcy.  The United States and European Union can play supporting roles, but this is first and foremost a Ukraine-Russia issue.  Unfortunately, at this point, it is does not appear that Moscow is looking for a settlement.